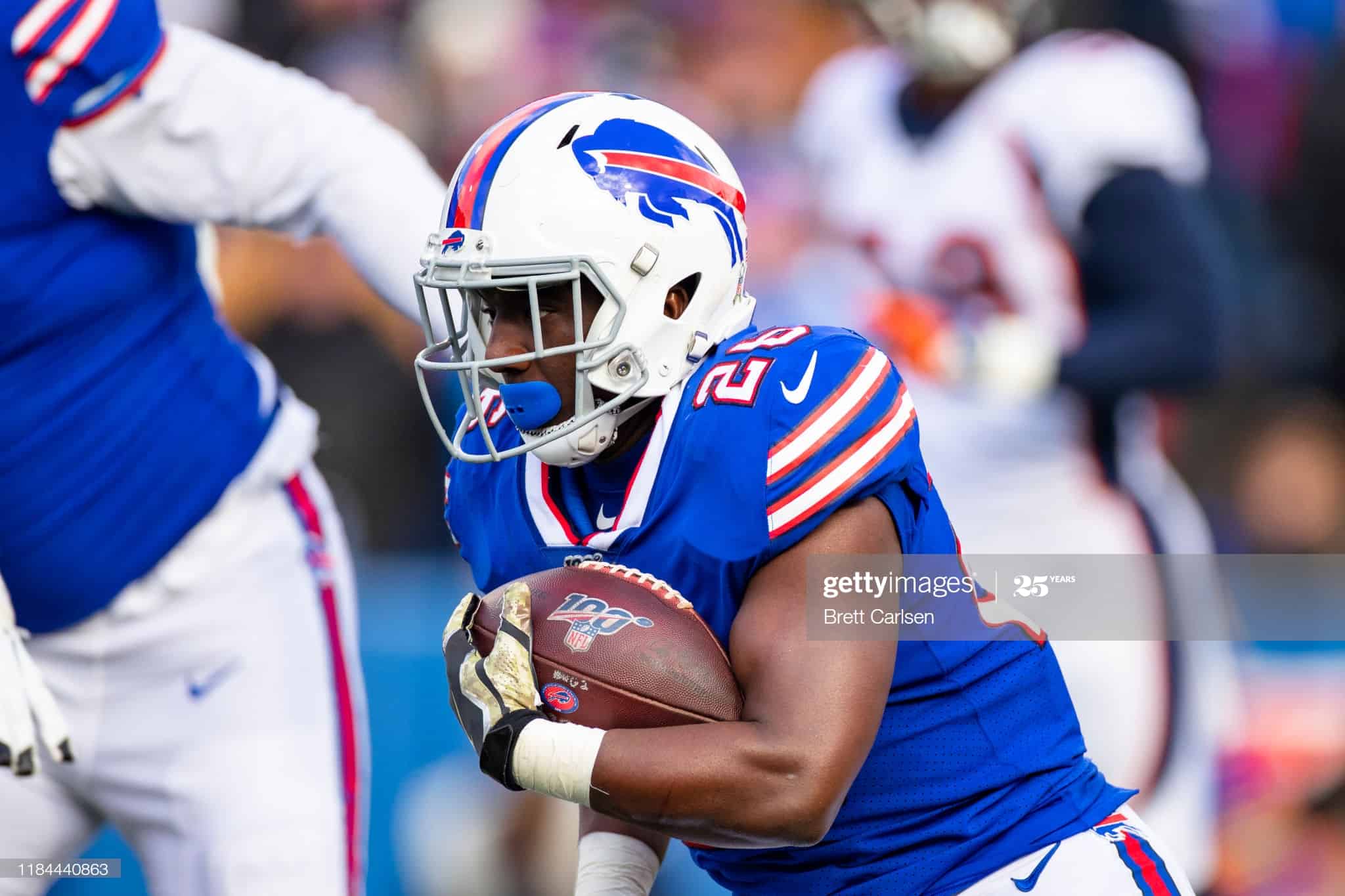 In Dynasty, there are certain players that tend to hold more uncertainty, or are more divisive than others. The Dynasty Outlook series takes a deeper dive into those players that the RotoHeat community noted as the guys they are most interested in hearing about. We will look on a player-by-player basis at their immediate outlook, future outlook, and current value. Engage with 1,300+ passionate dynasty players and let the RotoHeat content team know what topics YOU want to hear about by visiting our RotoHeat Facebook page.

The Buffalo Bills selected Devin Singletary with the 74th overall selection in the 2019 NFL Entry Draft, making him the 5th running back to come off the board. At the time of his selection the former Florida Atlantic Owls RB’s role in the Bills backfield was thought to be a complementary one. LeSean McCoy was still the Bills main back and the Buffalo had added both Frank Gore, and T.J. Yeldon to the running back room.

After the Bills released LeSean McCoy and T.J. Yeldon proved to be an unreliable asset, Singletary’s role in the Bills offense started to become more defined.

Devin had an impressive start to his rookie season. During the Bills first two games, Singletary sat behind Frank Gore on the depth chart. In a limited role he totaled 155 yards on just 15 touches. In week 2 versus the New York Giants, Singletary scored his first career touchdown and also suffered what appeared to be a significant hamstring injury. As a result of the injury, Singletary missed the following three weeks of action.

Upon his return to the lineup, his role remained limited averaging 7 touches per game in weeks seven and eight. In week nine the Bills made it a point to get Singletary the ball and he topped 20 touches for the first time in his career. The breakout game solidified his role in the offense and he only failed to top 15 touches once in the Bills final 8 games.

He finished the season with 151 carries for 775 yards, and 2 touchdowns. In addition to his rushing productivity he added 29 receptions on 41 targets for 194 yards and 2 additional touchdowns. Singletary averaged 5.1 Y/A (Yards per Attempt) which was top 5 across the NFL ahead of guys like Christian McCaffery, Nick Chubb, and fellow rookie Josh Jacobs.

Singletary completed his 2019 rookie season as RB29 with 147.9 PPR points in 12 games played. His 12.3 point average was 28th best. Moving into the 2020 season I would anticipate seeing more of the usage that Singletary saw from week 9-17. Frank Gore is a free agent unlikely to return and the only other Bills running backs of significance on the depth chart currently are T.J. Yeldon and Taiwan Jones.

The area in which Singletary appears to have opportunity is at the goal line. In his 12 games last season, Singletary had only 3 carries and 2 targets inside the 10-yard line. Frank Gore received a total of 18 carries inside the 10 yard line last season and I would anticipate that the Bills bring in a goal-line back either in the draft or via free agency to complement Singletary in the Bills backfield. The addition of this type of running back will dramatically impact Devin Singletary’s 2020 Dynasty Outlook.

I currently have Devin Singletary ranked 67th overall and as my 26nd ranked RB. His best trait is his vision. He combines this exceptional vision with his solid footwork and his ability to change direction to make him an effective rusher. The biggest area of opportunity is his lack of 2nd level speed. Singletary struggles to hit the next gear when he breaks through the box and will fail to have large distance gains given the ever improving pursuit speed of league’s defensive backfields.

Coming into the NFL he wasn’t known for his pass catching ability with only 51 receptions in his three years at FAU and just 6 grabs in his final season. While he exceeded expectations in his rookie season with 29 receptions, he did finish with 4 drops on his 41 targets. It’s a small sample, but a 10% drop rate isn’t good and is an area to keep an eye on as long as he is being targeted by Josh Allen and his erratic throws.

He is a back that I like, but he also isn’t one I’d be buying aggressively. His current Dynasty League Football March 2020 Startup Dynasty ADP has him 45th and as the 19th back off the board. Based on his ADP versus my rankings, I believe you would be buying on the high side. Now if the Bills give him a true three-down role and do not add anyone of significance to their backfield, there’s no reason to think that he can’t end up a back-end RB1 or high-end RB2 in 2020. This would make him worth more than the #67 ranking I’ve given him, and in the process, elevate the Devin Singletary 2020 dynasty outlook.