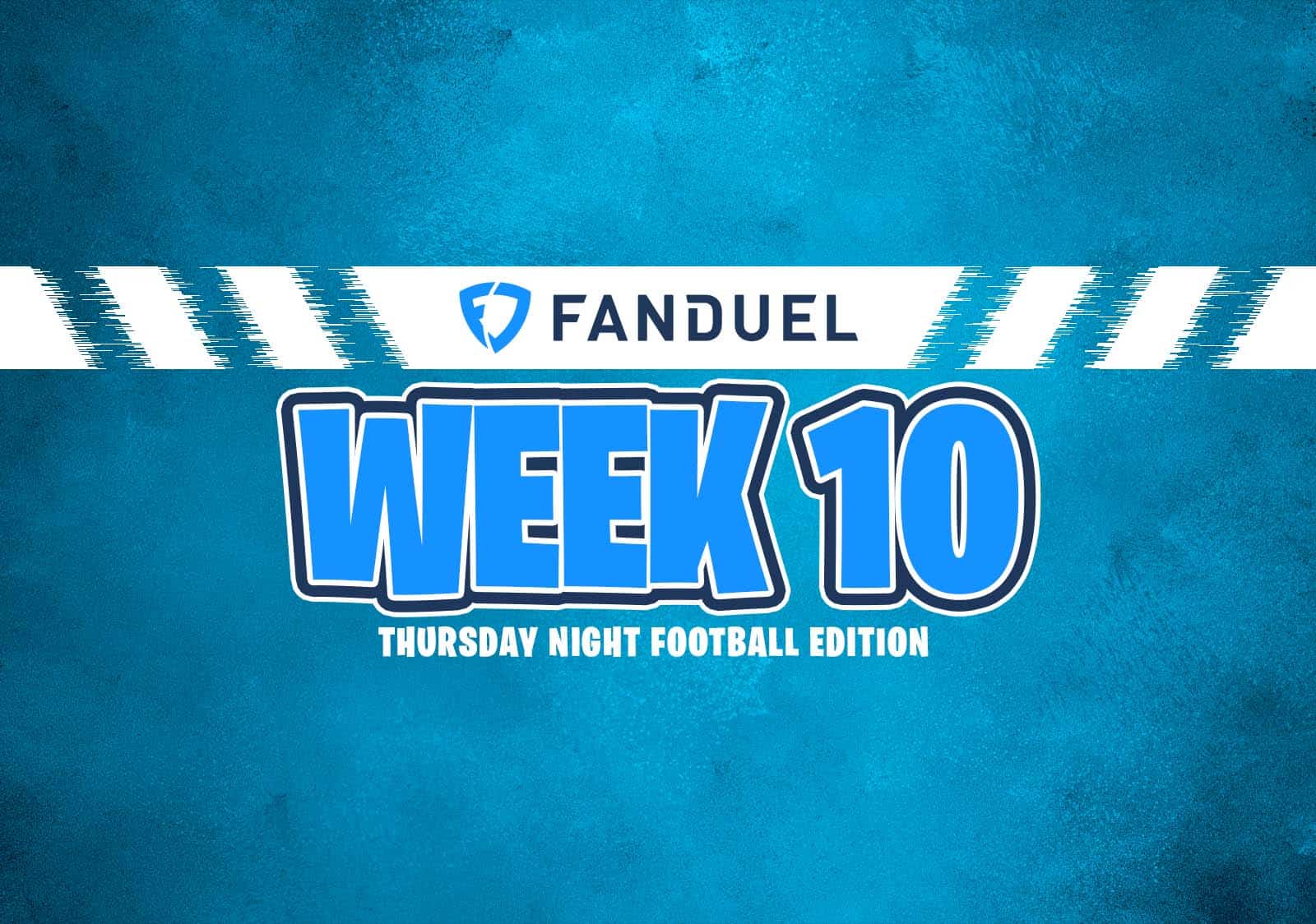 Daily Fantasy differs quite a bit from season-long redraft or dynasty fantasy. In Daily Fantasy, you can pick from all the players available on a given slate, but you must stay within the budget available to you. If you don’t have a FanDuel account yet, you can sign up here. Sign up and use our Best FanDuel Week 10 plays – TNF Edition and give yourself the best chance to win.

That means you can’t just grab all the most expensive players but need to be strategic in your choices and pick some of the good, expensive players to be your captains, while you also need some value plays to fill out your lineup.

Here at RotoHeat, we want to put you in the best position to succeed when you play FanDuel, whether you play on Thursday, Sunday, Monday or, on all of those days. To help you make your lineup we go through our two best choices for Captain, our two best Flex options and the two players we feel are the best value. To get to our favorite players for the slate, we have 5 RotoHeat analysts vote on who they like the most for Captain/MVP, Flex, and Value. Here are your Best FanDuel Week 10 plays – TNF Edition:

Our preferred Captain for this TNF game is Ravens’ QB Lamar Jackson. He certainly has the highest ceiling of any player in the TNF game given his ability to both score points by passing and running.

Looking at his stats, Lamar Jackson is currently the QB4 in fantasy football and is averaging the second-most points per game in the league, only behind Tom Brady.

If that is not good enough for you, we have Lamar projected to score 25.8 fantasy points, almost 9 more points than anyone else we have projected. Lamar is hands down the MVP on this TNF slate.

If you are looking to differentiate yourself, Tua is our second-best pick for MVP. Anyone looking to use Tua as their MVP obviously must keep an eye on the injury report, as he is questionable to play currently.

Here at RotoHeat we have Tua projected at 16.1 fantasy points in this game, which is 4 points ahead of anyone we have behind him in the projections. Only Lamar is ahead of Tua.

Brown has had a breakout season in 2021, and he is also our top pick to pair with Lamar Jackson, who we believe should be your MVP on this TNF slate.

Marquise Brown is currently the WR5 in half-point PPR and he has had double-digit targets in three of the last four weeks and at least 80 yards in each of those three weeks.

Picking Brown provides your lineup with a solid floor and massive upside. Get him in your lineup!

Where a lot of people might be looking at Mark Andrews for their lineup, we like the tight end for the other team, Mike Gesicki, a bit more.

What is interesting about Gesicki is his average of 7.2 targets per game over the last 5 games, and he has had 8 or more targets in three of his last four outings. Not even Andrews has had that.

The targets give Gesicki a good floor and potential for a complete blow-up game against a Ravens defense that allows the sixth-most fantasy points to opposing tight ends.

We have Gesicki projected at 8.8 fantasy points, but that should be his absolute floor, and he has the potential to completely smash that projection.

Now that we have the “Big Dogs” out of the way, it is time to talk value plays. Mack Hollins is the unanimous Value 1 for the RotoHeat team, with all 5 analysts ranking him as their favorite value play on this slate.

Hollins is a big target, which has proven valuable in the endzone for the Dolphins. He has TDs in 2 of his last 3 games. With Devante Parker and Will Fuller out, Hollins should see plenty of snaps to pay dividends at his current price tag of $6,500.

Coming in at a salary of $6,500, Devin Duvernay is our second value pick. With Sammy Watkins sidelined, Duvernay played 42% of the offensive snaps.

Only one other player at that salary price range or cheaper saw a higher percentage of snaps. That’s fullback Patrick Ricard who saw 62% of snaps but is completely unreliable to see any targets.

Duvernay also has the benefit of potentially getting one or more carries on Jet Sweeps.

If you have yet to sign up for FanDuel you can sign up here. And don’t forget to enter the FanDuel Sunday Million contest.