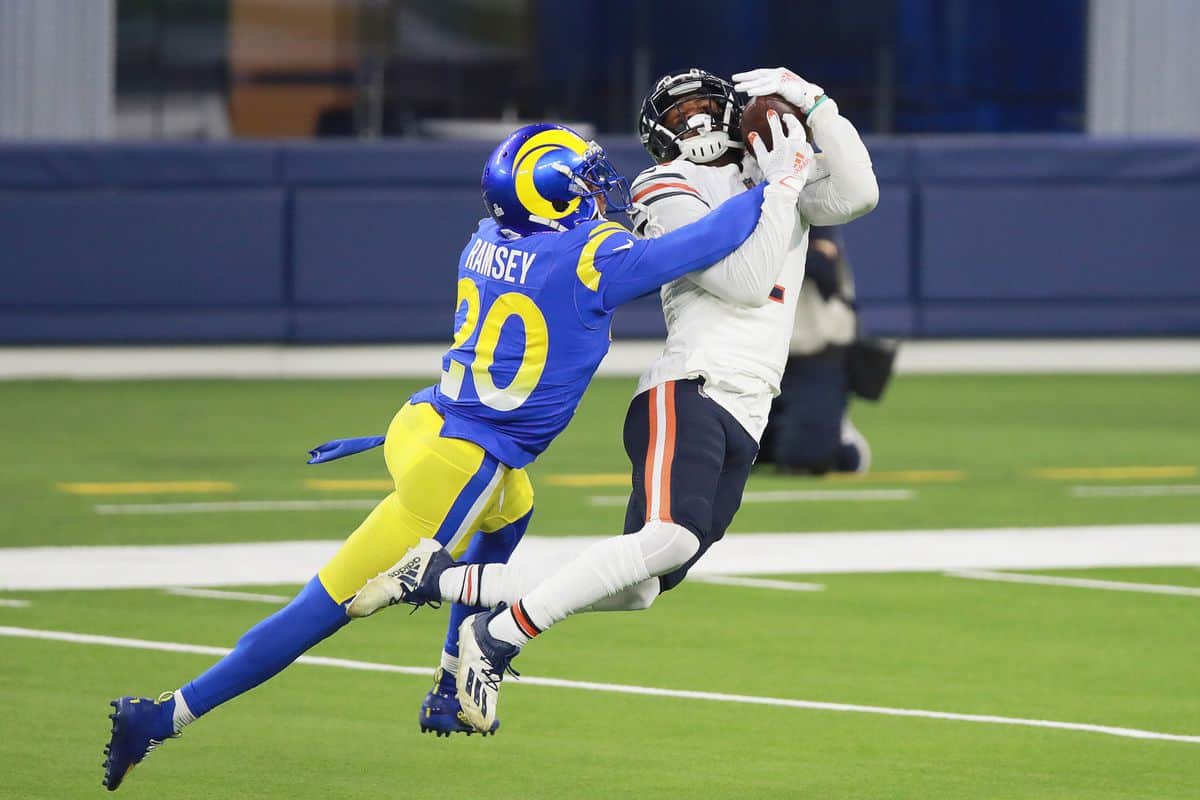 2021 was a year to forget, but Allen Robinson’s dynasty value is WAY too low heading into the 2022 NFL season. His current ADP puts him 2nd (going in order of earliest ADP to latest) in my undervalued WR series. None of these players will have an ADP under 100 and none are top 36 at the position according to DLF SuperFlex ADP.

There Are Not 39 WRs Better Than ARob

I have spent the last four seasons watching every Allen Robinson rep. The first three seasons were fantastic with years 2 & 3 sticking out. Last year was brutal to watch as a Bears and ARob fan. Through the majority of the season, I thought he had checked out because of the Franchise Tag and failed contract negotiations.

After the season, word came out that at one point Matt Nagy and Allen Robinson didn’t talk for 5-months in the 2021 offseason. The belief that Nagy helped sabotage his season (it wasn’t just that, Bears QB play & nagging injuries helped as well) came out after Allen Robinson signed with the Los Angeles Rams. I don’t doubt it.

As teams are starting to do some reps, albeit, without pads, Rams coaches and teammates are already raving about his abilities. Pair him with Matthew Stafford and slot him in as a team’s WR2 with Cooper Kupp commanding a lot of attention, and he is in line to absolutely ball out.

I will not be convinced that 39 WRs are going to be better over the next 2-3 years, which makes Allen Robinson’s dynasty value too low.

As mentioned above, for the first time in Allen Robinson’s career, he is not the focal point of opposing secondaries. Also, Matthew Stafford is easily the best quarterback that Robinson has ever played with. That is not even close.

Seeing how one of the biggest strengths of ARob’s game is contested catches, this combination is money. Stafford will have no problem forcing the ball to him. We saw how Odell Beckham Jr. contributed after a mid-season trade. I think Allen Robinson spending the entire offseason with the Rams bodes well for the QB-WR connection.

I think a realistic target outlook is similar to what we saw from Robert Woods over the past couple seasons. Somewhere in the 8 targets per game range. But, Robinson is more talented and could actually help offload some of Kupp’s 191 targets from 2021. There is also more touchdown upside for Robinson than every season he has played, minus maybe 2015 when he had 14.

I personally see him getting back to close to that 9.5 per game with the Rams. In 2020, Robinson finished as the WR9 with Mitch Trubisky throwing to him in an offense he only caught 6 touchdowns in. That season he averaged 1.74 fantasy points per target. I think that improves significantly in a Sean McVay offense that is led by Matthew Stafford.

Allen Robinson’s Dynasty Value is Too Low in 2022 Conclusion

I think this is a top 15-talent at the WR position. The community was scared off by his poor 2021, but everything is better for him right now than at any point in his career, outside of age. Upgrading from a Matt Nagy to Sean McVay offense can’t be understated. Upgrading from Trubisky, Dalton, Foles, Fields to Matt Stafford can not be understated. This is why I think Allen Robinson’s dynasty value is too low in 2022.

If you are trying to win your dynasty league in 2022, I think Allen Robinson has WR1 upside at a WR4 price.