Home Redraft 5 Players to Target in your Fantasy Football Draft 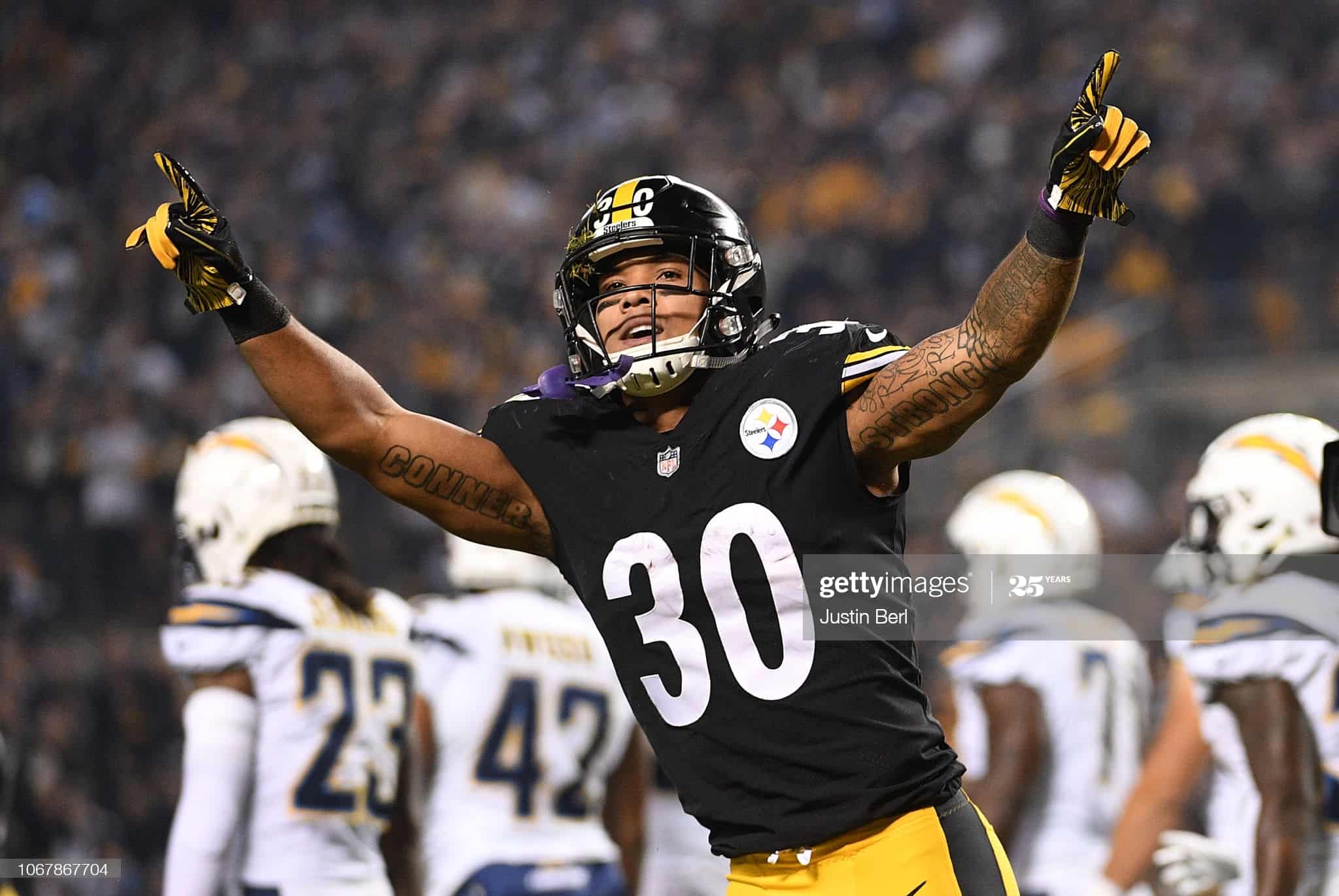 5 Players to Target in your Fantasy Football Draft

When you sit down to draft your 2020 Fantasy Roster, when you select a player can be as important as the player you select, sometimes more.

Utilizing Fantasy Pros PPR ADP, I have identified 5 Players to Target in your Fantasy Football Draft that at their current ADP are a bargain. I haven’t added any Quarterbacks here, and if you are looking for QB value, look not further than Favorite Late Round QBs in 2020 by our very own Thomas Madsen.

James Conner is the ideal RB for drafters that want to take advantage of the value of wide receivers early in their drafts. The vast majority of those you draft with will go heavy RB at the start of the drafts, Conner enables you to grab a RB with top-12 upside in the 4th round.

Conner is far from a sure thing. Last year he missed some games (six), and was wildly inconsistent with seven games with under 15 PPR points which leads to his current ADP. Conner has never played 16 games and hasn’t quite been as good since suffering a leg injury late in 2018.

In 2020 Conner has his starting QB Ben Roethlisberger back under center. The last time Conner had Big Ben leading his offense he finished as RB6 with 280 PPR points (17.3/game), in 13 games. The coaches have the confidence to roll with Conner as their workhorse back and I have the confidence to draft him in the 4th round, if need be I’ll grab him in the later part of the 3rd round.

Sony Michel regressed in his sophomore season in 2019 after having a quality year in 2018, thus creating this value in 2020. He a starting running back valued as an RB3, value like this doesn’t come around that often.

He has to prove he’s healthy coming off foot surgery in May, although after returning to practice in late August he’s good to go to start the season. Michel is in line to be the focal point of New England’s offense this season with Tom Brady gone to Tampa Bay, and the Patriots’ passing game a work in progress with Cam Newton, and a weak WR crew.

Michel had 180 more carries than anyone else on the roster last season. A potential problem for Sony is teams facing New England will focus on stopping the run, and Michel only has 19 catches in two seasons. He also will continue to share touches with James White, Rex Burkhead and Damien Harris, which could be a problem if he doesn’t produce early. Michel is worth a mid-round pick and is valued as a 10th round pick. I am happily adding Sony starting in the back of round 8.

Boyd was the primary target with the Bengals last year, had a catch rate of 60.8% and his yards per target dropped to levels seen prior to his 2018 breakout. With the poor level of QB play in Cincinnati, Boyd was essentially, a volume-driven receiver (148 targets), who was lucky to finish as a top-20 PPR WR.

Entering 2020, Boyd has developed a quick rapport with Joe Burrow in training camp, and seems set to return to his role in the slot. After seeing what Burrow did with Justin Jefferson last season at LSU, the arrow is pointing up. He is currently coming off the board with a late round 6 pick, and I would comfortably take him a round sooner. I am drafting Tyler Boyd before A.J. Green.

There is no questioning Anthony Miller’s talent. The problem Miller has had in his brief career is injury and horrific quarterback play. It’s crazy Miller didn’t get significant run until the end of the season because he is such a talented player. Miller runs against a lot of zone coverage as a slot option but make no mistake, he’s a special route runner no matter the defensive look.

The fact that Anthony Miller is still being drafted outside the top-130 is ridiculous. He is the clear No. 2 WR in this Bears offense and he should be heavily targeted this season. He has the talent to make those targets count and, from every report coming out of Bears training camp, Miller’s looking like a different player this year. He’s even more focused and driven than ever before and there’s a very real chance we look back at his ADP next season and wonder why we let him fall so far in drafts, I for one won’t. He’s a 12th round value that I start looking for at the start of round 10.

The additions of Henry Ruggs III, and Bryan Edwards in the recent NFL Draft, combined with the hype surrounding them seem to be over shadowing Hunter Renfrow. Renfrow’s 2019 season seems to have been largely forgotten. He was excellent down the stretch, finishing with 17 or more PPR points in four of his final seven games, including two with at least 22.

Hunter Renfrow should be the third-best receiving option for the Raiders this season behind tight end Darren Waller and rookie Henry Ruggs III, and Renfrow is worth drafting with a late-round pick. He will once again be a valuable weapon for quarterback Derek Carr. Don’t be surprised if Carr makes Renfrow his security blanket, giving him sneaky value in PPR leagues. His ADP has him going undrafted and I am willing to add him starting in Round 14.