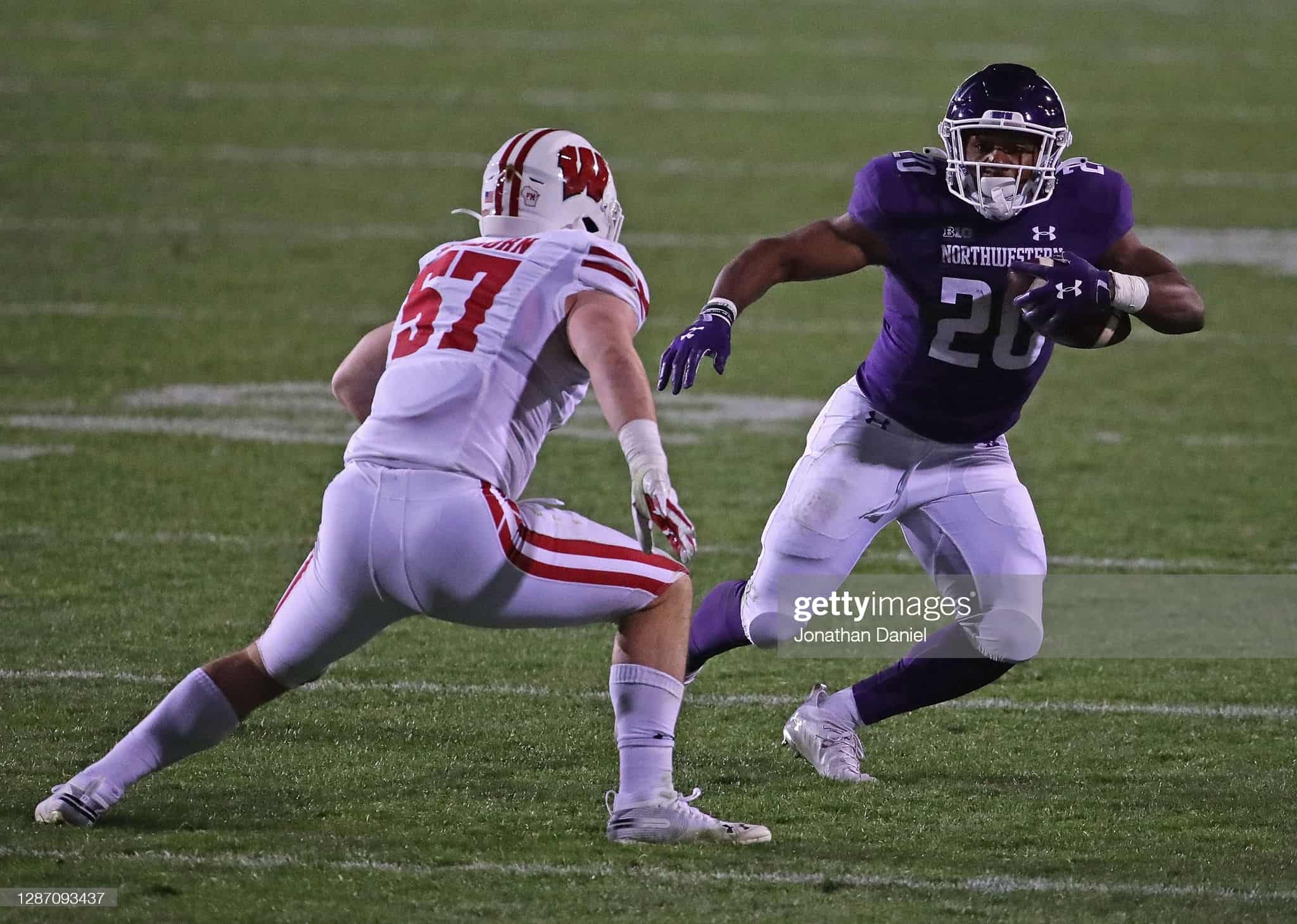 As we get to the summer, people are getting excited for the camps coming up for college and NFL teams. I wanted to start putting out some 2022 NFL Draft eligible players and specifically in this article, linebackers, who had strong performances in 2020. Almost all of the names on this list are under the radar players mostly from smaller schools but had excellent PFF grades. They could have their names called and in turn be valuable to your IDP rosters in the future. This list is not in order, just guys that I’ve been digging into further and could be players to keep an eye on this college season.

With the NFL moving to the more speed-focused and not size-focused linebackers, guys under 6’0″ have opportunities that they may not have had 10-15 years ago. A couple guys on my list are under six foot and probably the one I’m most excited about going into the college season is Nick Anderson from Tulane. Anderson has a great build for a backer, solid and strong, and my hope is we see his pass rushing ability to develop even further in 2021. If that’s the case, I expect his name to be called at some point in the draft. He’s not the fastest guy on the field, but I’ve seen a patience to let the play develop in him that can help make up for some of that speed issue. He did a good job of getting into the backfield, having 10.5 tackles for a loss and 1.5 sacks, but still can take it to another level!

Wright is a bit of a wildcard in my mind, but at 6’3″ and 230 lbs. he has the prototypical size of of an edge rusher either at LB or DE, and when you look into his snap counts at Buffalo, he has lined up all over the field. When you look at the way he grades out, it’s fairly even all things considered, but when you look at the stats, they don’t wow you, unfortunately. In 39 career games at Buffalo, he’s had 99 total tackles, 11 for loss, 5.5 sacks and 3 interceptions. What I like about Wright is the athletic profile, as his size/speed combo can be intriguing to a team at the next level. My only concern is why he hasn’t gotten more development, as Buffalo’s done a good job of producing some NFL-caliber backers in the last few years.

The next two players on the list, McFadden and Sanborn, had a fun contest last fall when #12 Indiana faced off against #16 Wisconsin, we were able to see two developing talented linebackers showcase what they can do! McFadden grades out better in rushing the passer, then run defense, and lastly in coverage. If you look at PFF, the tape shows that pretty consistently because you see him get off the opposing linemen and into the backfield with a combination of speed and strong hand play. I’d like to see him develop more in wrapping up the opponents, as I saw plenty of snaps where he whiffed because of speed, overrunning the play, or not taking the strongest angles to make the play.

This will be no surprise, as Sanborn’s been a name people have been watching since his strong 2019 performance brought him into public view. 2020 isn’t the easiest season to really give a good perspective on players, but I think there was plenty to take away when you watch a guy like Sanborn’s snaps. Sanborn does a good job of wrapping up, taking plus angles, and rushing the passer which could have teams looking at him as an edge rusher at the next level. At 6’2″, with his speed and smarts, I could make the case he could be a mike in a traditional 4-3 or a 3-4 OLB, and thats the beauty of a player like Sanborn!

Ellis is a super-intriguing player and probably one of my favorites from the Sun Belt, and now that he’s transferred you can easily make the case he gets much more recognition for his quality of play. He’s a tackle machine that should step right in and start for a Texas defense in need of his consistency, as he missed a smaller percentage of his tackles and brings a good size/speed combination. The big thing for him will be developing the coverage skills and adding some more sacks as he can get into the backfield with great speed!

When you look purely at PFF Grades, he’s probably the most balanced as he was in the low 80’s in every category. The downside of just looking at grades is you have to factor in with a player like Pitre is that he’s only been in 32 games over 4 seasons at Baylor. In those games he played, he’s had 120 tackles, 17.5 for loss, 4.5 sacks and 2 interceptions. I think 2020 brought a bit of a bounce back for him (mostly because he was in the safety position) and that allowed him to see the play develop from the back and come up and make some things happen that way. I may have him on the wrong list come draft season, but I like the his ability to be used all over the defense, and that could turn into fantasy production.

The smallest linebacker on this list at 5’9″, Martial has by far the most statistical production as he’s notched 317 total tackles, 37.5 for loss, 8 sacks and 4 interceptions in just 3 seasons at Troy. He’s the starting mike backer in the Trojans defense, shows his ability to lead and align the defense, he’s worked hard and really continued to put a strong showing on the tape. You’ve seen Martial getting plenty of love nationally the last few years with Troy, being added to plenty of watchlists, and I wouldn’t be surprised if he’s called upon to be a middle linebacker at the next level. He brings a fierceness and plus athletic ability that teams will fall in love with come draft season. His size will be the big thing some may knock him for, but he plays bigger and with the intelligence he brings to the position, I can make the case he can align in the middle of any scheme.

2022 NFL Draft Eligible Linebackers: Thanks for stopping by!

I do want to note that this list isn’t all of the linebackers, but more ones I’ve been digging into now that we are past the 2021 NFL Draft. If you have questions, feel free to hit me up over on Twitter. If you want to see who we do have in our devy rankings, they can be found here on RotoHeat! And don’t forget to pop over to our YouTube channel for fantasy content on everything from devy to IDP and everything in between. We also stream weekly and answer your questions live on air!!!