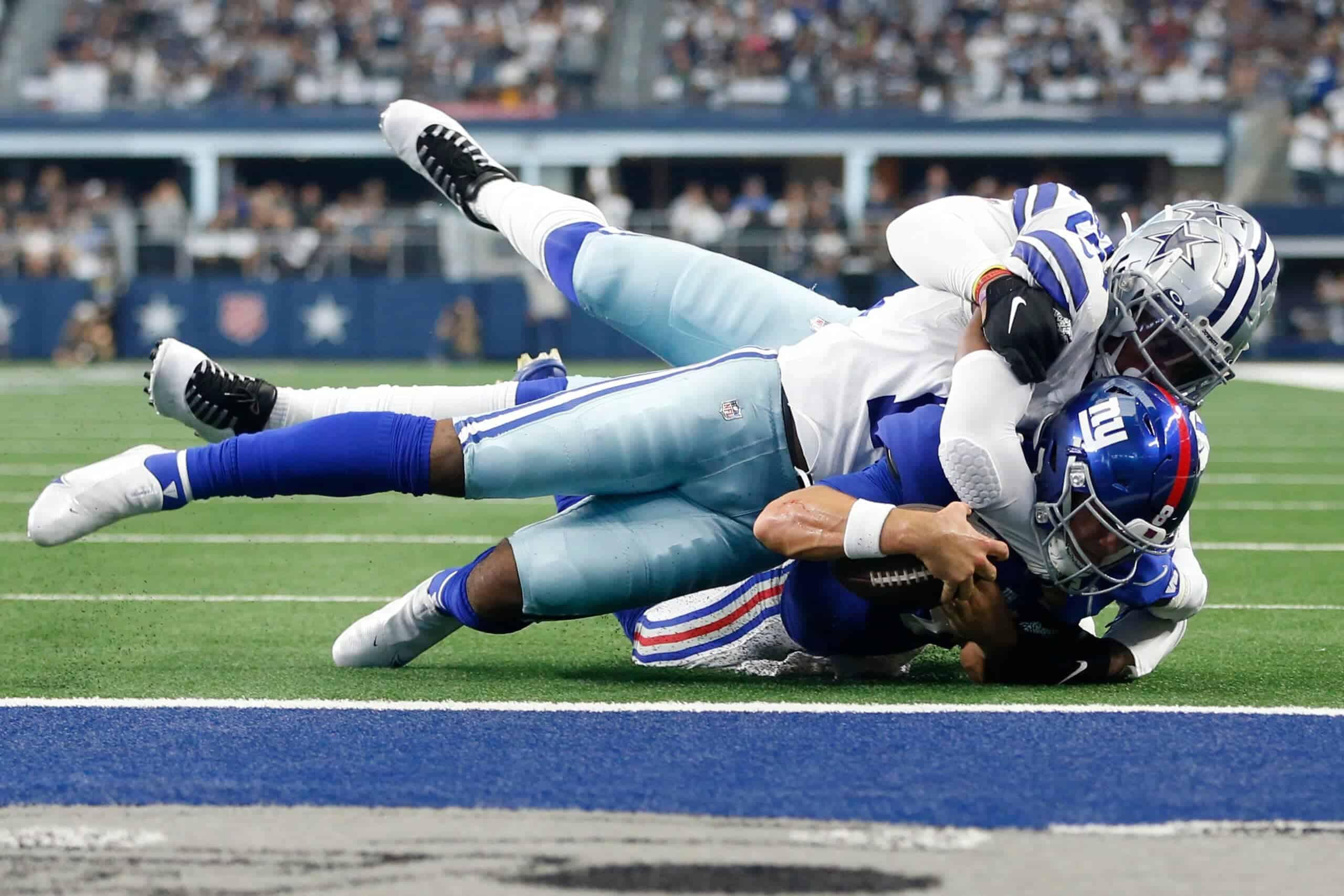 You know those clothes you go out and get and then end up buried deep in your closet until you don’t know what to wear and find years later? Or that special bottle of booze you buy, or are gifted, and are keeping for just the right occasion? Well, then you know about stashing things away. This same philosophy can apply to fantasy football!

Now as the title says this is for dynasty leagues. Not all dynasty leagues have deep benches or taxi squads, so bear in mind that you may not want to roster these guys in all leagues. I would leave them on the “Watch” list if your league has shallower benches, or if your IDP scoring does not make the use of taxi spots for IDP players viable. Now, let’s see who made my list for IDP Dynasty Stashes!

Andre was a ballhawk in college at Syracuse, with 13 interceptions, 14 PD, 2 forced fumbles, and 1 recovered fumble in 24 games. I loved him as a prospect coming out and still have high hopes for him. I think he fits in well with the rebuilding Jaguars, and he should have plenty of opportunities to earn a starting job. I am not sure if that will be this year or next, but given his skill-set and the players currently ahead of him on the depth chart, I am willing to stash him for when that occurs.

David was looking like a sure-fire top 20 pick in the 2022 NFL Draft until he tore his Achilles tendon at his Pro Day. He was a Second Team All-American and First Team All-Big 10 in 2021 at Michigan. He will miss the entire 2022 season and as a result, he fell to the 45th pick (2nd round) where the Baltimore Ravens took him.

The Ravens took fellow Edge-rusher Odafe Oweh with the 31st pick in the 2021 NFL Draft. With adding David this year the Ravens look to be set at Edge for the next few years, assuming David comes back from the injury (which he is expected to). If he is even close to what he showed pre-injury Davis is going to be a steal for them. David is falling in many rookie drafts, and while he is best stashed on IR or a taxi squad if you can, he has the talent to be a top Edge player in the NFL and is worthy of an end of bench stash if needed.

Jabril Cox went in the 4th round in 2021. The Cowboys took a lot of defense in that draft; their first six picks were for defense, including fellow linebacker Micah Parsons at pick 12. Jabril played only 9 snaps on defense due to the glut of linebackers they had to start the year, and he tore his ACL in a Week 8 game against Minnesota. Leighton Vander Esch was brought back on a one-year deal and there is a chance Jarbil is not ready to start the year. He has a great athletic profile though and did very well in coverage in college. I don’t see Cox starting this year, but I do think he has a great shot to be their third linebacker much of the year and vie for a starting spot in 2023. I feel his skillset is a great complement to Micah Parsons and today’s NFL.

Pick 61 (2nd round) in the 2021 NFL Draft, Carlos was a member of the recent revamping of the Bills’ defensive line. Defensive end AJ Epenesa was taken with the 54th pick in 2020, and Gregory Rousseau was taken with the 30th pick in the 1st round in 2021. Basham has a great build for a 4-3 defensive end. He has great size, surprising quickness, and speed, and is just a well-rounded defender.

He played 8 games, starting none last year, ending the season with 11 solos, 7 assists, 4 TFL, and 2.5 sacks. His current ceiling took a hit though with the signing of Von Miller this offseason. The Bills were looking at winning now with that signing, not the future. Von is 33 right now, and even though he signed a six-year, $120 million contract this offseason, he can be cut after only three years with a $7.41 million cap hit. Boogie still has a great NFL future ahead of him and is a great IDP dynasty stash; his breakout may just happen a bit later than we may have hoped.

Taken with the 140th pick (4th round) in the 2021 NFL Draft, Buddy spent much of his rookie year playing on special teams, with Joe Schobert and Devin Bush as the starters, and Robert Spillane as the main backup. Starter Devin Bush has not produced at the level the Steelers wanted since he was taken with the 10th pick in 2019, and the Steelers declined his 5th-year option. Myles Jack can also be cut with only a $3.5 million cap hit after this year.

Buddy did not play much in year one on defense; he played in four games total with only six defensive snaps (those were all in Week 13). He injured his foot which end up ending his season right as he was getting a shot at defensive snaps.

I am not projecting Buddy to start this year, but he should see the field more and he has the size, smarts, and physicality to succeed in the middle, especially at run support. If injuries hit he could see the field and given the state of the Steelers linebackers after this year, Buddy is a worthy IDP dynasty stash.

The 92nd pick (3rd round) in the 2021 NFL Draft, Monty played in 10 games, starting four that year for Tennessee. He started Weeks 8, 10, and 11, averaging a 68% snap share with 4 solos and 4 assists a game. He also started Week 12 but suffered an ankle injury that ended his season during that game.

David Long and Zach Cunningham are the likely starters in the middle for the Titans this year, but Long is an unrestricted free agent after this year. Cunningham is under contract through 2024, but only has cap hits of $4.5 and $2.25 million, respectively, after each of the next two seasons. There is not much in terms of linebacker depth on the team with starting NFL experience, so Rice should remain a top backup this year with a great shot to earn a starting job in 2023 and beyond.

Thank you for reading Hide Them Away! 2022 IDP Dynasty Stashes