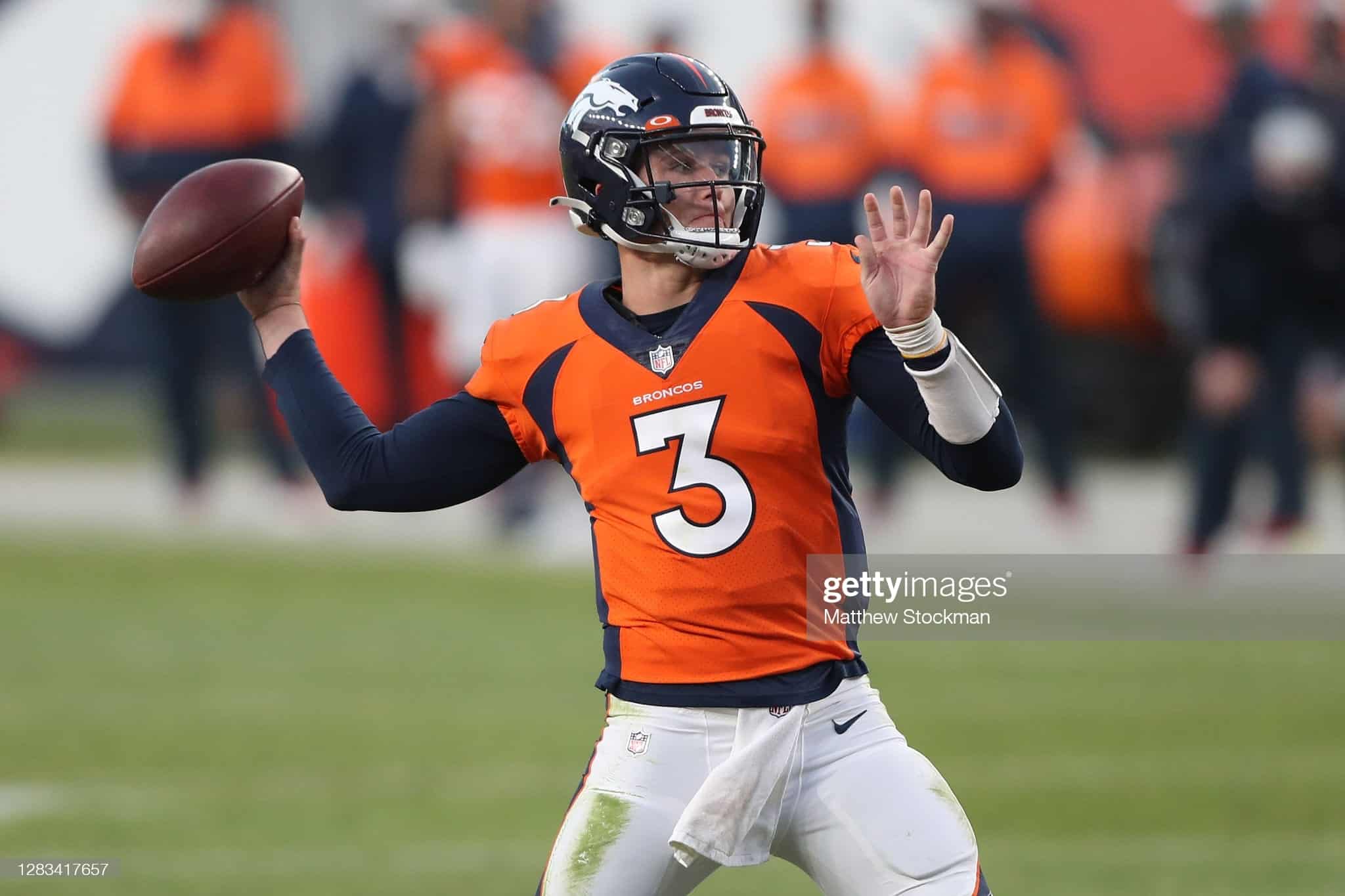 Well, I am back, finally sitting down in from of the mic, for the first time since early June.  It feels like forever, and it sure feels great to back.  I have been focusing on the written content for our website. I recently completed my Top-50 Series which highlights each player in the top 50 startup ADP over at Dynasty League Football.

Each season this podcast takes a turn in the offseason to a dynasty format focus and in training camp I turn it more towards redraft formats.  Today kicks off the redraft focus of the pod, with that said I am always focused on dynasty as well.  Today is my annual BOLD TAKES, or HOT TAKES, whichever you prefer.

There has never been a QB to have a season in which he threw for 4000 yards and ran for 1000 yards. In 2021 there won’t be one to do it, there will be three – Lamar Jackson, Kyler Murray, and Jalen Hurts.

2021 has 17 games, so assuming health for all three, improvements to the receiving core in Philly and Baltimore and a healthy Philadelphia offensive line, these are well within reach for both Lamar and Jalen. In Lamar Jackson’s 2019 MVP season he finished with 3127 yards passing and 1206 yards rushing. Last season he threw for 2,757 yards and had another 1,005 on the ground. Lamar hitting 4000 passing yards is the biggest concern here for me. His MVP pace over 17 games would have been 3,322. He will need to average 236 passing yards a week. His career best is 208/game.

Jalen Hurts in 2020 in his three full starts threw for 847 yards and ran for 238. His 16-game pace extrapolates to 4517 yards passing and 1269 yards rushing. Do I expect him to finish a fell season at this pace, no I don’t but I do see Hurts being a top 5-8 fantasy QB this season and to get there he is going to need to use his legs. The passing game is his biggest area of opportunity. To throw for over 4000 yards, a QB needs to average a shade over 235 yards a game. With the Eagles o-line healthy and the addition of Devonta Smith, plus Jalen Reagor taking the next step, I see him getting there.

Alright assuming that you have not turned off the podcast, I’ll keep going. First things first he wins the job in Denver, I am not concerned that Teddy Bridgewater pushes Lock aside at all.

2020 – New coaching staff, new OC, no offseason program, no preseason, keep in mind this is still basically a rookie QB. He is limited to 13 games due to injury and being placed on Covid IR. He finished as QB24 averaging 15.10 per game nearly the same as his rookie season. After being cleared from Covid he started weeks 13-27 and was QB17 averaging 17.97 points per game.

This season he will have Courtland Sutton back, to go along with Jerry Jeudy, Noah Fant, Melvin Gordon, KJ Hamler, and Javonte Williams. Add to that a full offseason with Pat Shurmur who led Sam Bradford and Case Keenum to their best seasons in the NFL. We all love the weapons in the Denver offense and if we want the weapons in the Denver offense to see their potential, then Drew Lock has to be the Broncos QB in 2021. Adding to that if the weapons in Denver are to meet their consensus projections, then Lock has to be considered to finish in this range.

For those of you that listened to my previous episode, this take should not come as a surprise. If you haven’t, hit pause go back and listen to episode 140. There have been 8 running backs to rush for over 2000 in NFL history. Derrick Henry become the 8th member of that group last season. The previous 7 back to achieve this lofty mark, all saw significant regression the following season.

The best season after a 2,000 season was Barry Sanders who rushed for 38% less yards than his 2000-yard season. The remainder – Eric Dickerson 71%, Adrian Peterson 66%, Jamal Lewis 105%, Terell Davis 861%, Chris Johnson 47%, and OJ Simpson 78%. All seven had their worst YPC of their career the season following their 2K season, and 5 of the 7 missed time with injury. As a result they saw a decline in fantasy finish the season after the 2,000 yard season.

I know what you are saying, Derrick Henry is different, perhaps he is but one thing is for sure, we thought that of the other seven to hit 2,000 rushing yards in a season as well.

Antonio Gibson finishes the season as the RB1 in PPR scoring.

Not many running backs offer a complete skill set in an offense where they could see enough volume to put them into the conversation as a top-five fantasy producer. The list got even shorter recently when Cam Akers was lost for the season due to an Achilles tear.

There is another second-year running backs ready to punch his ticket into the elite fantasy options at the position and that dude is Antonio Gibson.

After the coaching staff brought him along slowly at the start of the year, Washington’s third-round pick showed signs of being a potential difference-maker before a toe injury caused him to miss time down the stretch. Prior to getting hurt, Gibson averaged the fourth-most fantasy points (21.4) among running backs from Weeks 7-12 despite a limited role in the receiving game.

With the team planning to expand his involvement as a pass-catcher, Gibson will challenge Christian McCaffrey, Dalvin Cook, and others as fantasy’s top RB.

McLaurin has finished as a WR2 or better in 45% of his career games in PPR formats. He has caught at least 1 pass from seven different players and six different QBs during his first two NFL seasons. Think about that for a moment, that is a ridiculous stat.

McLaurin’s success has been impressive considering the defensive attention he’s garnered and Washington’s lack of weapons. For the record I was all over McLaurin regressing and being a bust last season. Can’t be right all the time.

In 2021, McLaurin will be catching passes from Ryan Fitzpatrick. Washington is Fitzpatrick’s 9th franchise, and the journeyman gunslinger is the best QB McLaurin has seen yet.
Since 2010, “Fitzmagic” has started at least 9 games in 8 seasons, and in those 8 seasons his No.1 WR was Stevie Johnson (3 times), Kendall Wright, Andre Johnson, Brandon Marshall (twice), and Devante Parker. I would argue that McLaurin is better than all of these WRs when you take into consideration the point in their careers in which they played with Fitzpatrick.
In those 9 starts, his No.1 WR saw at least 128 targets, seven times the WR had at least 72 receptions, six times they topped 1,000 yards, and 3 times they scored 10 touchdowns. Simply put, 2021 is Terry McLaurin breakout time.

Fitz will target his WR1 a ton, and the quality of the targets will be significantly better than they were from the other seven that thrown to him the past two season. Washington has also found a legitimate No. 2 receiver in Curtis Samuel to complement McLaurin. They drafted Dynami Brown, they are returning TE Logan Thomas and RBs Antonio Gibson and J.D. McKissic. This is no longer a one-dimensional attack, as a result, McLaurin possesses a high WR1 ceiling for 2021.

Julio Jones and A.J. Brown will both be top-12 fantasy wide receivers in 2021 and Julio will finish with more fantasy points than A.J. Brown.

This one is a little crazy even for me but hey its my show so what the hell. First of all, the rumors of Jones’ demise are greatly exaggerated

Julio has averaged 9.8 targets, 121 air yards, and 18.6 PPR fantasy points per game in his career. The Titans have 224 vacated targets and 2,143 air yards available entering the 2021 season. Julio is also not this wildly injury prone WR either that talk is straight up ridiculous.  Drafted as the second WR off the board behind AJ Green in 2011, Jones has played in at least 14 games in 7 of 10 seasons. The other 3 were 13 in his rookie season, 5 in 2013, and 9 last year.  In the seven seasons in which he has played 14 or more games, he has seven top-12 finishes.

Julio Jones and A.J. Brown will be targeted a lot and I believe the number of targets will be similar. This duo will make life very difficult for opposing defensive coordinators all season. Jones is 32 years old and coming off of an injured-riddled campaign. That doesn’t mean he can’t be productive in 2021.

Several notable receivers in NFL history have put together monster fantasy seasons at 31 or older. One that immediately comes to mind is Marvin Harrison. His age-31 season was back in 2003, averaging 8.5 targets, 5.7 receptions, 77 receiving yards, and 18.2 PPR fantasy points per game from 2003 to 2005. He finished as a WR1 in 41% of contests in PPR formats.

The biggest miss in Julio’s game in Atlanta was touchdowns.  In 10 seasons he has 60 of them and only one double digit season.  In 2021 Julio will be a double-digit TD man once again.  This take, goes hand in hand with my take on Derrick Henry’s demise in 2021.

New Orleans Saints TE Adam Trautman leads the team in targets and receptions in 2021 and finishes as a top-8 fantasy TE.

As I sit here, I am thinking this probably isn’t bold enough with Michael Thomas out at least a month and Taysom Hill as the QB. Regardless of QB I see Trautman seeing a huge lift in snaps and targets, he will be a key component in this offense along with Alvin Kamara, Latavius Murray and whoever the QB is.

Kyle Pitts will have the best rookie TE season in league history and finish as a top-3 Fantasy TE.

What would a hot takes episode be without Sully bringing up TE Kyle Pitts. If you follow me at all you will know that I am the ultimate Kyle Pitts truther.  I have had Pitts ranked as my 1.01 in 1QB rookie rankings since early January.

The most receiving yards by a rookie TE in NFL history was Mike Ditka back in 1961, Ditka finished that season with 1076 receiving yards.  Ditka averaged 76.9 receiving yards per game in that 1961 season for the Chicago Bears. Ditka also had a record 12 touchdowns.

I was high on Pitts before he landed in Atlanta. Landing in Atlanta with Matt Ryan as his QB elevated my admiration for Pitts. I was high on Kyle Pitts before the Falcons traded Julio Jones. Clearly the deal that sent the future hall-of-fame WR to Nashville took my Pitts love to an entirely different level. Kyle Pitts is the number two target in Atlanta. The Falcons have been in the top 5 in pass attempts in each of the past three seasons. They have thrown this much because they have to. Nothing has changed in Atlanta regardless of a new coaching staff , Atlanta is going to have to throw all day to have a chance of winning football games in 2021.

With the benefit of a 17-game schedule, Kyle Pitts will need to average 63.30 yards/game and .70 TD/ game to break Ditka’s records, and I am betting that he does.

Thank you for listening to episode 141 – 2021 Fantasy Football Hot Takes.