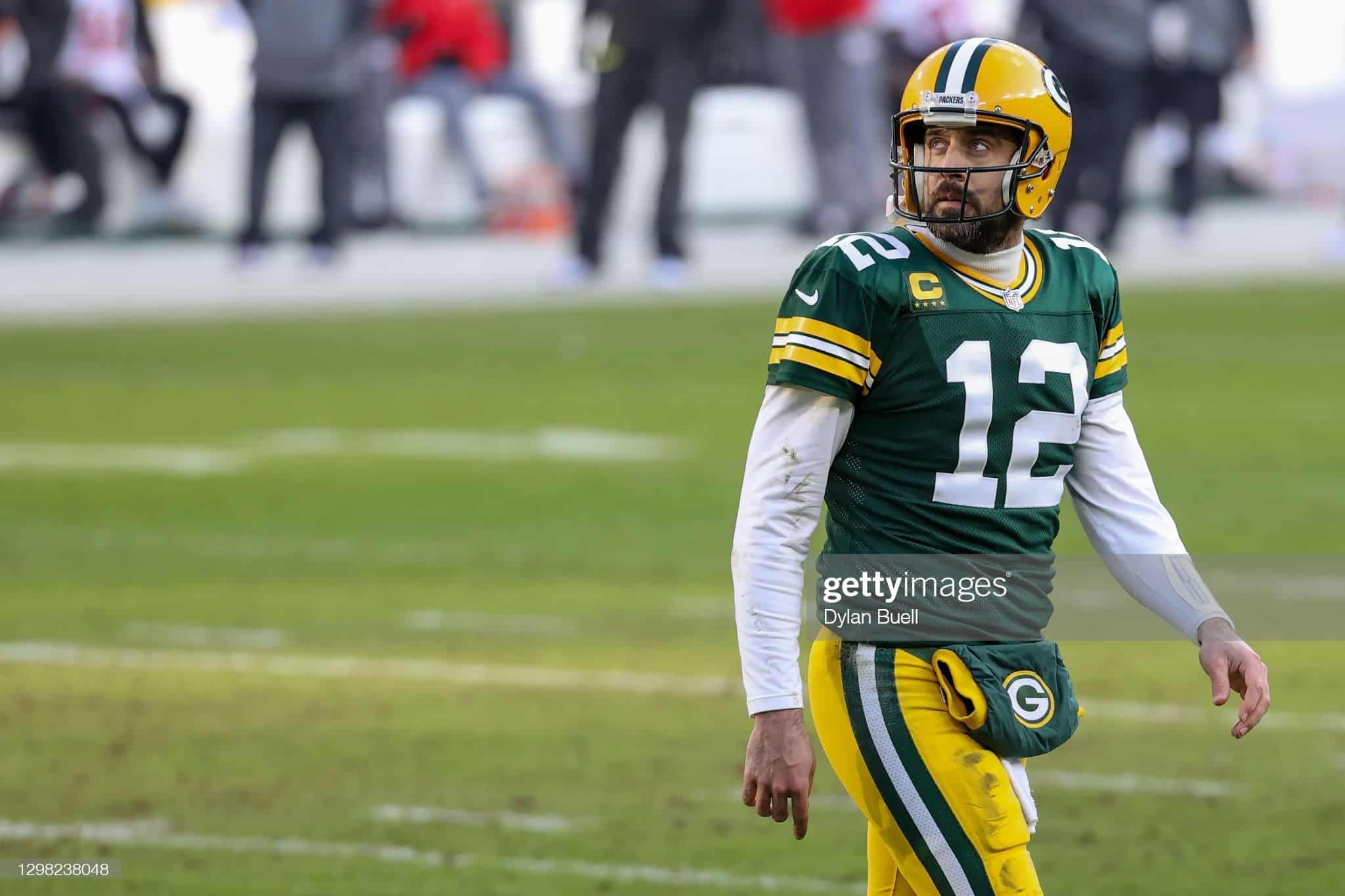 All dynasty managers crave QBs like Patrick Mahomes, Josh Allen, or Kyler Murray on their dynasty teams, and rightfully so. All of these elite QBs will require a first round pick in a Superflex startup. If you are looking for value, look no further than the following five based on their current ranking and ADP by our friends at DLF.

I will start this off by saying this: I do not know how Watson’s legal issues will play out, and I have no opinion on them either. Will he play for the Texans again? That seems unlikely. Will he play in the NFL again? I believe that he absolutely does.

Watson, who is only 25 years old, has proven to be one of the top-5 QBs in fantasy since entering the league in 2017. In seven games as a rookie in 2017 he finished as QB26. In those 7 games he was QB2, averaging 24.12 points per game. He followed his rookie season with QB4, QB5, and QB5 finishes in 2018-2020. The most impressive part of Watson’s game in my opinion is his ability to create something out of nothing. That was on full display in 2020 when with limited weapons and a horrific offensive line Watson posted career high numbers.

I don’t know when Watson plays again, and I have no idea where. All I know is grabbing a top-5 QB in the third round of my startup is golden. You may have wait a little bit, but as they say, good things come to those that wait.

From one QB with an uncertain future to another (albeit for different reasons), enter Aaron Rodgers. Aaron Rodgers, you may recall, somewhat hijacked round one of the draft when news leaked out that he was not going to return to the Green Bay Packers in 2021.

Now, whether you feel Rodgers is a Packer or a member of another organization is a decision I will leave with you. Initially I felt he was leaving and now I am coming around to the fact that he returns. The reality is the only way Rodgers is not a value at his current ADP is if he retires.

Aaron Rodgers is 37 years old, and he is the reigning MVP. The way I look at Rodgers’ situation is he isn’t simply going to walk away. If he stays in Green Bay, we know what he’s capable of. If he goes to another organization, he’s equally capable of the same and perhaps even more. If drafting Aaron Rodgers is a gamble, it’s a gamble at QB12 and an ADP of 22.50 that I will make comfortably.

Baker Mayfield was the first overall selection back on 2018. In the past eleven seasons, the number one overall selection has been a quarterback eight times. Of those eight quarterbacks, five have delivered at least one top-12 fantasy season. The three that haven’t are Sam Bradford, Joe Burrow, and Baker Mayfield. When it comes to Baker, it’s really not much of a surprise based on the circumstances of his three year career. In year one he started behind Tyrod Taylor and he finished his season as QB16 in 14 games played. Baker became the starter in Week 4 and finished the season from Week 4 on as QB11.

In his second season, Baker was saddled with Freddie Kitchens as his head coach, and played behind the leagues 23rd ranked offensive line. His O-line in his rookie season was ranked second overall. Baker took a step back, finishing his sophomore season at QB19. It became fairly evident that Kitchens was in way over his head and his play calling was horrific.

A year ago Baker finished as QB17, another season in which he failed to meet expectations of a first overall selected QB. Interestingly enough the weather in the Browns games, was less than ideal on multiple occasions. In fact after the conclusion of week 9, Baker sat at QB26, and had combined for 254 yards and no touchdowns the previous two weeks in which the Browns scored a total of 16 points. From week 10-17 Baker Mayfield was the QB13.

2020 was Mayfield’s third season, and it was also his third season in a new offense with a new play caller. Once the weather calmed down on Browns game days and Baker got comfortable in Kevin Stefanski’s system, things started to click. From Weeks 12-17, Baker averaged 285.5 passing yards, 1.8 touchdowns and .2 interceptions a game. He was QB8 in that span.

Baker Mayfield finally gets to go through an offseason in the same offense he was in the year before. He has matured as a QB and is no longer forcing the ball into areas it shouldn’t be forced into. 2021 has all the markings of Baker’s first top-12 season and at QB18, in the late 4th round of Superflex startups, he is a bargain, and I am buying.

Carson Wentz had a rough year in 2020, to put it politely. His 2020 campaign saw him finish with a career low in passing yards, a career high in interceptions, and his touchdown passes matched his previous low of 16 in his rookie season. To top it all off he also lost his job to Jalen Hurts. Now, in fairness to Wentz, the Eagles were a mess last season.

They finished in the basement of a terrible NFC East with a record of 4-11-1. The Eagles’ offensive line was forced to deal with adversity last season, as they were rolling out a new starting five up front seemingly every week due to injury. Eleven different offensive linemen played at least 50 snaps for Philadelphia in 2020. In addition to the revolving door on the offensive line, the pass catchers in Philly were not exactly world beaters either. WR Greg Ward led the team in receptions with 53, and WR Travis Fulgham led them in receiving yards with 539. Ward’s 53 catches were 65th best, and Fulgham’s receiving yards ranked 82nd amongst all pass catchers in 2020.

Wentz in Indianapolis, however, is a fresh start and a reason for optimism. The trade reunites Wentz with Franck Reich, the Eagles Offensive Coordinator during their Super Bowl winning season. Reich was the OC in Philadelphia for two seasons: 2016 & 2017. In those seasons (his first two seasons in the league), Wentz combined for 29 starts, 7,078 passing yards, 49 touchdowns and 21 interceptions. His per-game average with Reich was 22/36 for 244 with 1.7 TD passes and .70 interceptions. His 2017 season was MVP-like until he tore his ACL late in the season vs. the San Francisco 49ers.

Now, simply putting Wentz and Reich back together will not result in the 2017 version of Carson Wentz, but it will help. The upgrade in the offensive line certainly won’t hurt either. According to PFF, the Colts line ranked 7th in 2020. TY Hilton, Michael Pittman, and Parris Campbell are not really going to scare anyone, but they are light years ahead of what Wentz was targeting the past two seasons. Add in Nyheim Hines and Jonathan Taylor and Wentz has his the best weapons of his career at his disposal.

I’m not looking for Wentz to bounce back to his top-12 QB days in Indy, but I also wouldn’t be stunned if he did. When looking for additional QBs in your Superflex drafts, Carson Wentz with an ADP of 60.5 and ranked as the QB20 is a steal.

Ryan Fitzpatrick, if nothing else, is fun…like a lot of fun. Fitz will be 38 when the season starts and will be 39 when it ends. He’s a Harvard man who reportedly completed the Wonderlic Test in 9 minutes, scoring a perfect 50. Fitz was selected in the 7th round at 250th overall by the St. Louis Rams in 2005 NFL Draft.

Week one will be his 166th game and the 147th start of his career. The Washington Football Team will be his ninth organization. In his 16 year career, Ryan Fitzpatrick has never been a member of a team that has gone to the postseason, and I believe that changes in 2021.

Ryan Fitzpatrick is the perfect late round Superflex QB in my opinion. I get it that he is 38, but look at the offense he will be leading this season: Antonio Gibson, JD McKissic, Terry McLaurin, Curtis Samuel, and Logan Thomas. That rivals most teams available weapons. Not to be lost in all of this is the fact that Fitz produces. In 2018 when Jameis Winston was suspended, Fitz was the QB1 in the first three weeks. In 2019, he finished as QB16 with a less than stellar Miami offense, and in 2020 he was QB6 in the first six weeks of the season prior to the Dolphins switching to rookie Tua Tagovailoa.

Fitz is a bargain at his current ADP (115th, QB30), a bargain that I will be buying anywhere and everywhere I can this offseason.