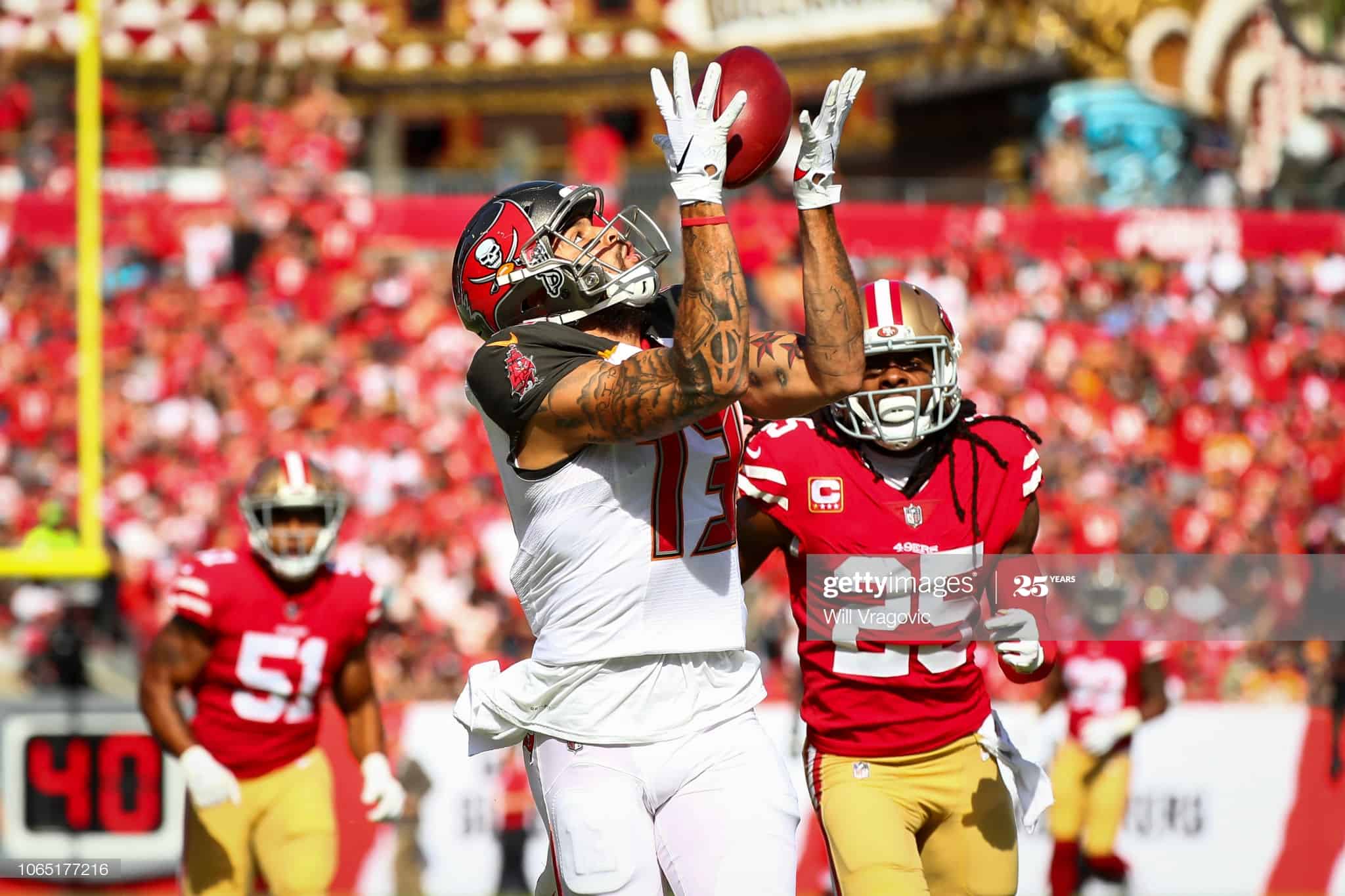 In our 2021 divisional previews, we are going to take a look at all the players in the division, and based on their current standard redraft ADP over at our friends at Fantasy Pros, help you see who’s risky and who’s worth the risk! As always, if you have questions you can find us over on Twitter, Facebook or our growing Discord community!

A team in transition appears to be the 2021 Atlanta Falcons. They’re led by Matt Ryan whom really didn’t look much different statistically speaking in 2020, though the team turned in a 4-12 record. In the end, Ryan was a back-end QB1 in most fantasy leagues, and Fantasy Pros has him as QB15 this year, which is about right with the changes they’ve gone through. With the weapons they’ve added (and subtracted), Matt Ryan should still be able to produce very similar stats. The big X-Factor in this entire equation is new head coach, Arthur Smith. Arthur Smith’s offenses have been very run heavy, ranking 2nd in the run game but 30th in pass attempts and 23rd in passing yards.

With the running game, journeyman Mike Davis appears to be the lead back, with Qadree Ollison and rookie Javian Hawkins right behind him. With that cast of running backs, and the talent at tight end and wide receiver, I could see coach Smith lean on the passing game more this year than he has in his previous two seasons with Tennessee. I try not to compare the two situations, but rather gleam some sort of idea of what the rushing attempts might look like in 2021. You can’t discount, however, that Derrick Henry led the league the last two years in rushing attempts.

The top option in the passing game will inevitably be star Calvin Ridley, with Kyle Pitts and Russell Gage potentially being the 2nd and 3rd options behind him depending on how the running backs get involved in the passing game. Behind them are a group of depth pieces, and very few are fantasy relevant at this time. Christian Blake is slated to be one of the starters, and if you aren’t familiar with his name, don’t be surprised, as he was a college free agent in 2018 from Northern Illinois that’s been with Atlanta as a practice squad player since then. Hayden Hurst, Jaeden Graham, Olamide Zaccheaus, 6th rounder Frank Darby, Chris Rowland, Antonio Nunn, Austin Trammell, Jeff Badet, Juwan Green and Tajae Sharpe make up the rest of the tight ends and wide receivers, and are all guys you can leave on waivers at this point.

The up and coming Carolina Panthers look to build off a 5-11 season that helped us understand what coach Rhule was looking to build at the NFL level. They had 550 passing attempts and 407 rushing attempts last year, and those numbers will inevitably shift with a healthy year from superstar running back Christian McCaffrey back from injury. Even after the season ending injury, he’s still the top option in fantasy, and I have no problem targeting him with the top pick this season again.

At quarterback, freshly traded for Sam Darnold looks to change the outlook on his career and lands in a great spot with incredible weapons all around him (which is the opposite of his time in New York). Currently Darnold is being taken as QB32, and I suspect if he’s healthy he far surpasses that and should give you plenty of high-end QB2 games. Draft away late in your drafts as your 2nd quarterback and be happy you did so!

The skill position players at both wide receiver and tight end are dynamic playmakers, leading off with WR21 overall, DJ Moore. Behind him is WR35 Robby Anderson, WR61 Terrace Marshall Jr., WR95 David Moore and WR115 Shi Smith. I love those spots for these players, as Moore could easily end the year as a back-end WR1 with his talent when he finished last year as WR23 overall in most formats. Moore and Anderson both got over 100 targets, and with the departure of Curtis Samuel, you could see each get a bump in targets.

At tight end, Ian Thomas, Dan Arnold and 3rd rounder Tommy Tremble look to be their pass catchers at the position. Ian Thomas is a guy you have to leave on the waiver wire unless he proves to get more than the small amount of targets he’s been getting. Tremble is extremely intriguing, as he comes from tight end factory over at Notre Dame but will not be relevant short of injury in 2021.

75% of the NFC South is going through some level of transition, and with the Saints they are trying to figure out what the future at quarterback looks like. Taysom Hill and Jameis Winston, ADP-wise, are only two positions apart at QB29 and QB31 (sadly for Sam Darnold, they’re both ahead of him), and in the end I’d lean to Winston as a QB2 with upside, but both are risky until we see how the team uses them.

It’s still the Alvin Kamara show, and probably more so in 2021 as they change over their quarterback situation. Kamara’s being drafted at RB4, and he probably finishes in the top 3 at the position and exceeds 200 rushing attempts (which is something he’s not done in his NFL career). Latavius Murray is back as Kamara’s backup, and should still see around 150 rushing attempts as well as a little bit in the passing game which makes him a fine depth piece that you can flex play in a pinch.

With the band back together, this team looks to another Super Bowl run in 2021 and has every reason to believe they can repeat. Tom Brady continues to defy logic, as he’s making it look easy, and this whole team will benefit in year two of the Arians/Brady combo. Brady’s currently being drafted at QB9, and until he proves us wrong, draft away as your QB1, just know that at some point the wheels will fall off.

Ronald Jones is another that continues to defy logic, granted in a different way. One of the more under-appreciated backs that’s been highly drafted in the last few years, Jones continues to develop into a reliable fantasy back, getting over 1,000 yards combined last year and winning the trust of the coaching staff. Both he and Leonard Fournette are sitting at RB30 & 31, and I think Rojo gives you a better chance to exceed that draft position value.

Mike Evans could be the most undervalued WR1 we’ve ever had in fantasy. The dude just continues to drop 1,000 yard season one after another. With an ADP of WR14, you have to draft him knowing he’d be your WR1 and probably finish top 10-12 at least again in 2021. Chris Godwin comes in at WR18, Antonio Brown at WR46 and Scotty Miller at WR87. After Godwin, the other two are depth flex plays in a big pinch.

Godwin and tight end Rob Gronkowski are options 2a and 2b in the passing game, as their targets are really close and probably will stay that way short of injury in 2021. With as high-powered as this offense is, there just isn’t enough room to support much more than the top 3 options in the passing game (Evans, Godwin, Gronk) because as we saw in 2020, both top RBs got around 40 targets to go with them, so that just doesn’t leave much but scraps for the other wideouts and tight ends (so leave them be until late in drafts or the waiver wire).

2021 Divisional Preview: Thanks For Stopping By!