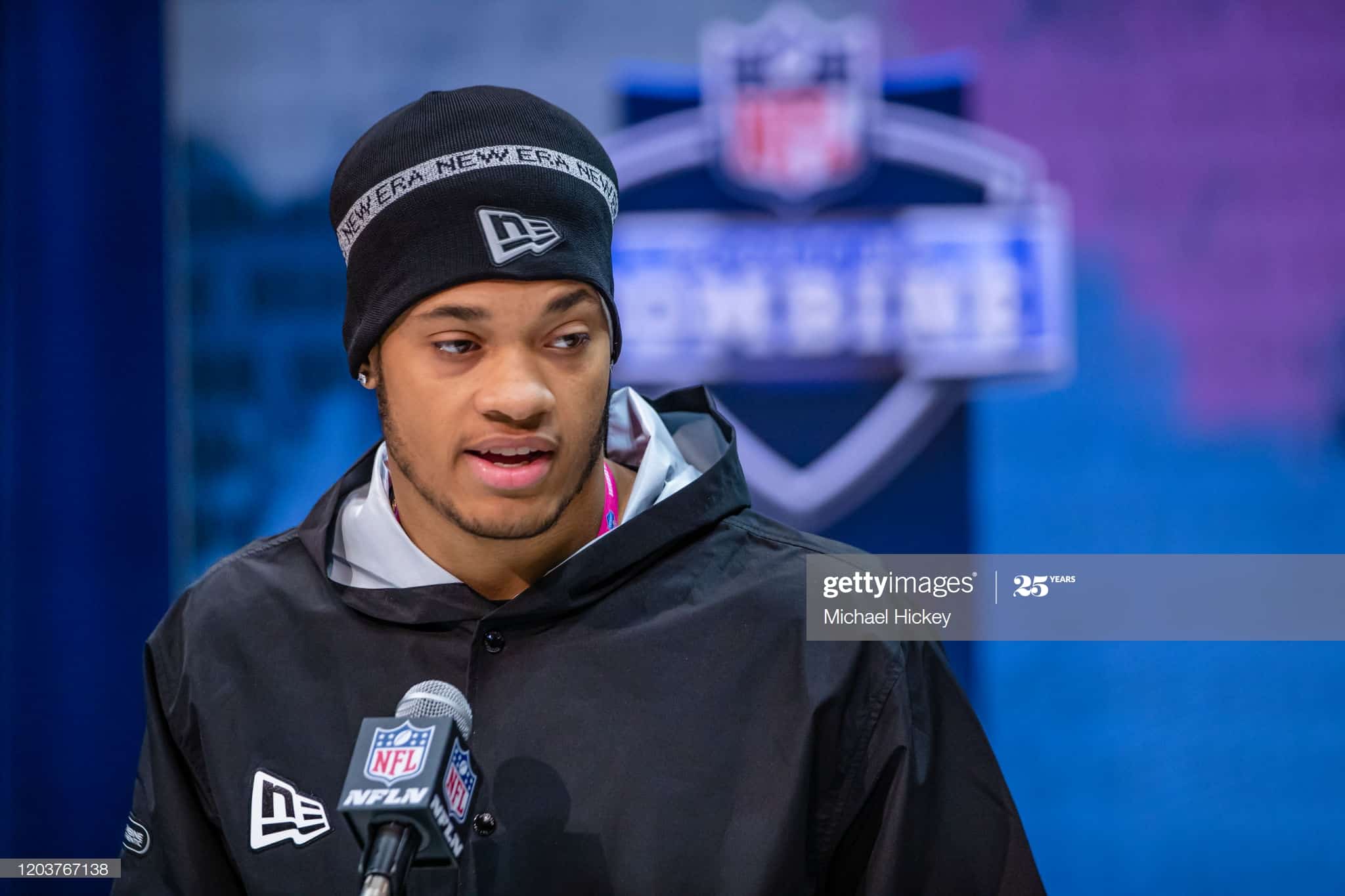 Yetur Gross-Matos was a four-star recruit coming out of high school and chose Penn State as his college over other notable programs like Alabama. He played sparingly over 10 games in his Freshman year, but he exploded in his Sophomore year with 36 tackles, 20 tackles for a loss, and 8 sacks over 13 games. He regressed a bit while playing 11 games his Junior year, finishing with 23 tackles, 14.5 tackles for a loss, and 9 sacks (according to Sports-Reference). The Carolina Panthers took Gross-Matos in the second round of the 2020 NFL Draft via the 38th pick. He joins fellow rookie Derrick Brown (a defensive tackle the Panthers took with the 7th overall selection) as part of a revamped Panthers defense. The Panthers actually took a defensive player with all seven of their 2020 draft picks.

For 2020, I feel that Gross-Matos would do well to replicate the 25 tackles, 5 tackles for a loss, and 7.5 sacks that fellow Panther Brian Burns put up last year in his own rookie season. There is a lot of young talent an opportunity on this defense, but Gross-Matos faces a steep learning curve with much of the traditional rookie camps and meetings canceled, or altered, due to the ongoing pandemic. Expectations for 2020 should be tempered with any rookie, but perhaps even more so this year due to the lack of on-field learning before training camp.

Yetur Gross-Matos has the tools to be a top-tier defensive end in the NFL. He not only has size and power when rushing, but has the speed and athleticism that you love to see in a defensive end. Not only that, he has a relentless motor and does not take plays off.

Phil Snow, the Carolina Panthers new Defensive Coordinator under new Head Coach Matt Rhule, has stated that they will use multiple defensive fronts as opposed to a pure 3-4 or 4-3. Given this size and athleticism, I believe he has an ability to succeed as either a 3-4 or 4-3 defensive end, but he is currently slated (as rookies often are) behind a veteran, in this case Stephen Weatherly, who signed with the Panthers this off season. Based on draft capital, the Panthers clearly see Gross-Matos as a defensive building block of the future alongside Derrick Brown and Brian Burns. 3-4 defensive ends rarely become top-tier defensive line plays, so the long-term scheme he ends up in may matter a bit here, but if he can improve on play recognition and is able to supplement his physical gifts with more instinctual play, I can see him becoming a DE1 in the future.

Yetur Gross-Matos is likely going in the later rounds of your 2020 rookie IDP drafts. This is a deep offensive class, and as such many of the non-elite IDP players will get pushed back in drafts. In the drafts I have seen and been a part of, Gross-Matos is generally going later in the 4th and into the 5th round. I do not see him as an elite prospect but the next tier down from that. If I had room to stash him, I would be comfortable spending as early as a late 3rd (preferably an early 4th in this draft class) to ensure I got him on my team.

Let us know what you think about Yetur-Gross Matos, as we have him currently as the #18 overall rookie IDP, and #2 rookie Defensive End in our free IDP Rookie Rankings. You can catch our IDP-Specific Live Stream Monday Nights @9:30 Eastern over on YouTube!