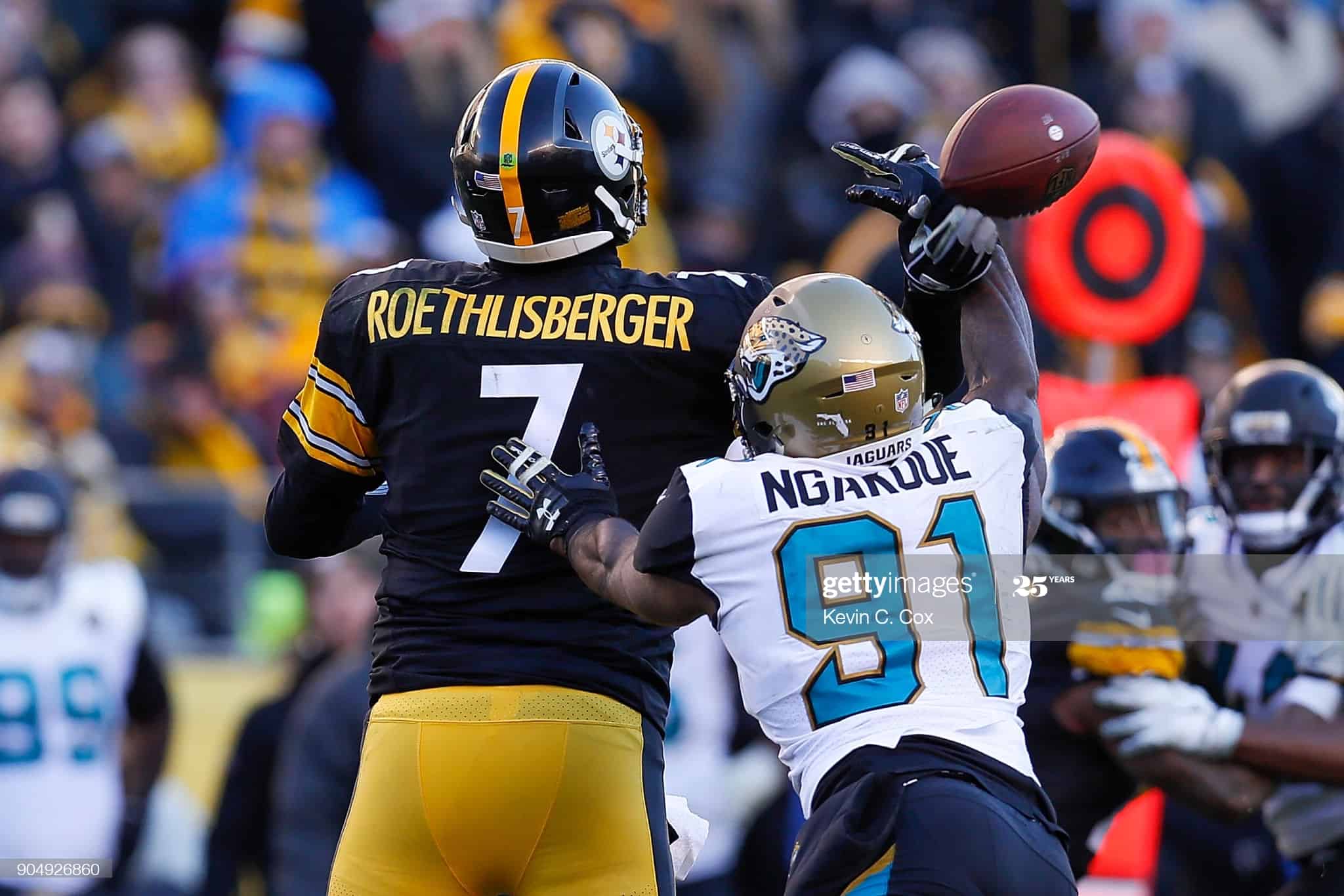 The much maligned Jacksonville Jaguars have traded disgruntled defensive end Yannick Ngakoue to the Minnesota Vikings for a 2021 2nd round pick and a conditional 2021 fifth round pick that could end up as a third round pick (as reported by Adam Schefter).

After not resigning Everson Griffen (32 years old), the trade for Yannick (25 years old) gives the Minnesota Vikings a high quality defensive end opposite of Danielle Hunter (also 25 years old) for at least this year. Yannick had previously been unsigned under this $17.8 million franchise tag, and it is reported that he has agreed to take less money on a restructured one year deal with the Vikings with the hopes of getting a long-term deal in Minnesota within the next year.

As far as Yannick’s on-field play, since his rookie year in 2016 he has only missed one game, and started all but one of the games he played in. Within those four seasons, he has averaged about 9.3 sacks, 30.5 tackles (26.25 solo and 10 for a loss) and two pass deflections. In 2019, he played in 15 games and was the #8 defensive linemen using the RotoHeat IDP Scoring we’ve discussed in articles and on YouTube.

Star defensive end Danielle Hunter has not practiced since August 16 with a “tweak.” Head coach Mike Zimmer has not been forthcoming regarding this type of injury, and while being cautious at this point in the offseason makes sense, there are two weeks before the first game of the season, and at a minimum, it appears Hunter will not be ready to play a full set of snaps.

Was this trade by Minnesota done as a team looking for another end defensive lineman to pair with Hunter, or a team that knows Hunter will have a lingering issue this year and felt compelled to get defensive line help due to their Super Bowl aspirations? I lean more towards the latter, but Hunter’s lack of practicing in almost half a month is concerning. If Hunter is unable to play to the level he has in prior seasons, even with Ngakoue, this defense will not be as scary as prior seasons.

For the Jacksonville Jaguars, this is a continuation of their seemingly everlasting rebuild. They will have eight picks in the first five rounds in the 2021 draft, and need a lot of help, especially on defense. Their defensive line this year is promising with second year defensive end Josh Allen and not much else. Unless K’Lavon Chaisson is their other defensive end in their base 4-3 (which I find unlikely), Allen is the only one on that defensive line that I have any interest in.

Their linebackers (Schobert, Jack and potentially Chaisson) are probably their strength. Their secondary is full of young, mostly unproven, players. I am expecting a rough year for the Jaguars on defense, but if they can hit on even some of their picks, and their current young offense and defense grow, they have the potential for a very promising future.

For the Minnesota Vikings, this is a no-brainer for a talent perspective, but a curious move in terms of cap space. Going by overthecap.com, they currently had about $12.5 million in cap space for 2020 before this trade, and I have to imagine Yannick’s new one year deal with eat up most of that.

The Minnesota Vikings have around $29 million in cap space for 2021, but that does not take into account that among others, Anthony Harris (currently playing on the franchise tag for $11 million), Dalvin Cook (looking at a big pay day if he stays healthy), and Yannick (likely hoping for $20 million a year) are free agents after this year. How they decide who to resign, and at what prices they can get them, is going to be very interesting to watch this offseason.

For fantasy purposes, if we are assuming that both Hunter and Ngakoue are healthy, this should help both players, as teams will not be able to focus on just one of them. I still feel that Hunter has the higher upside of the two, as he combines high tackle counts with the big plays, whereas Yannick is much less consistent with amassing tackles. Both have clear DL1 upside, but Yannick’s floor is lower. If the Vikings resign Yannick long-term to pair with Hunter (signed through the 2023 season), I think we are looking at Hunter being a consistent DL1 and Yannick a DL2.

Let us know what you think about the Minnesota Vikings trading for Yannick Ngakoue! We have free IDP Rankings over on RotoHeat.com, and you can catch our IDP-Specific Live Stream Monday Nights @9:30 Eastern time over on YouTube! You can also find me on Twitter!