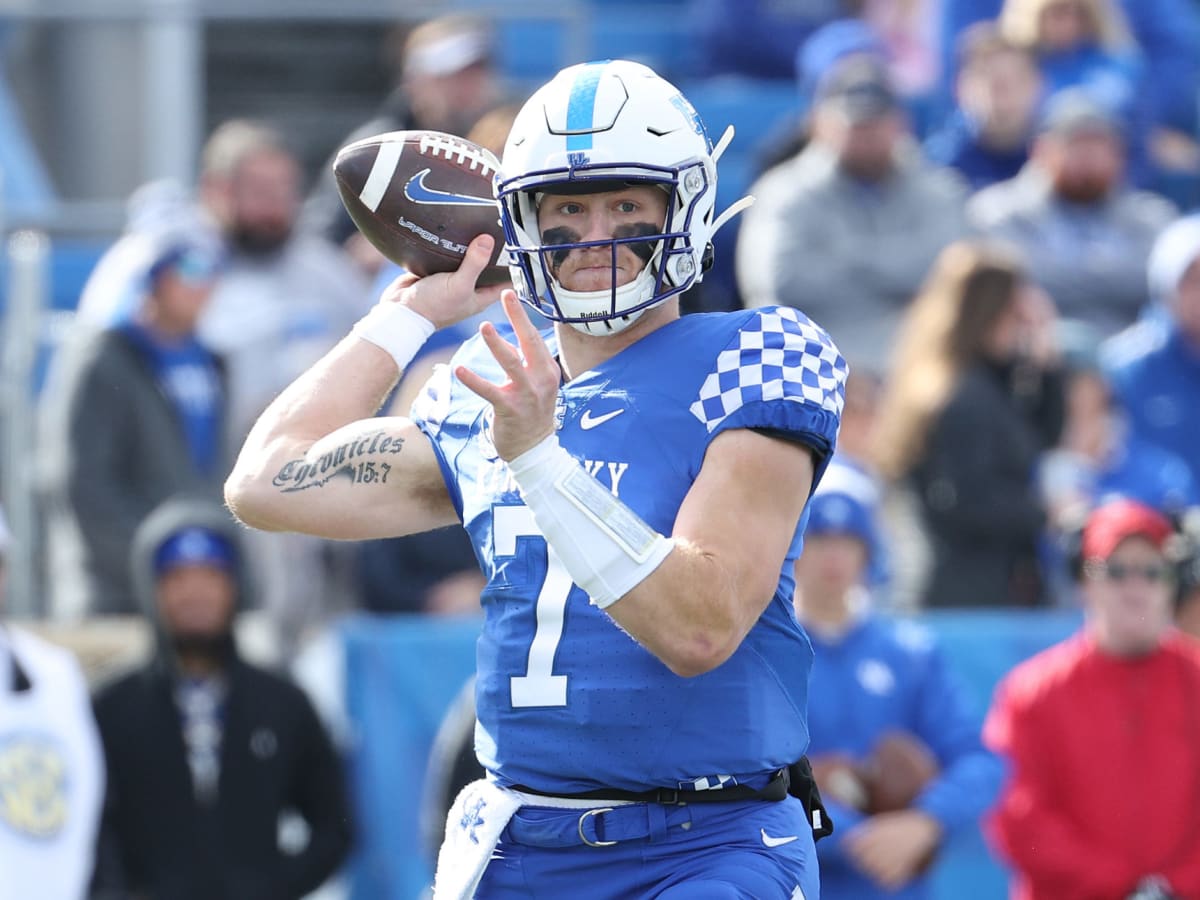 Summer is here, most players are prepping for upcoming camps as the season inches closer by the minute, so I figured there’s no better time than now to look ahead to some of the players that could make a name for themselves this upcoming college season. In this scouting profile, I wanted to look into Kentucky quarterback Will Levis, as he is a player getting tons of buzz and some say he has an outside shot to push for first-round draft capital in the 2023 NFL Draft.

Will Levis – The Journey Thus Far

Will Levis initially committed to Penn State before moving onto Kentucky prior to the 2021 college season, a decision that looks to have been a smart one thus far for the 6’4″ QB from Xavier High in Middleton, CT (thanks 247). The former 3-star prospect has a solid 2021 campaign in the SEC, completing 66% of his passes for 2,826 yards, 24 touchdowns to 13 interceptions (thanks PFR).

Coming into college, he was projected to be a pro-style passer but we saw him willing to run at Kentucky, taking 107 rushing attempts for 376 yards and 9 touchdowns. The thing that I thought was surprising when preparing for this article was that Levis graded out as a better runner than passer (if you’re someone that digs into PFF grades, which I am). I think there’s value to putting all of the information together, to build a proper player profile.

Will Levis – Pros/Cons & My Outlook

You’ll fall in love with the big arm, it almost looks effortless when he flicks his arm and the ball gets launched. While watching games like his matchup against Florida last year (Thanks Dynasty Nerds YouTube for the Clip), you’ll see his willingness to run and his ability to scramble shows up in a big way in most of the games.

I will say that, when he has plenty of time in the pocket, you see plus accuracy, but once he has to throw off-platform the accuracy dips (I’d say pretty significantly). And really the accuracy I think will be the biggest thing we need to see improvement on going into this season, and how he improves with NFL-caliber talent gone (Wan’dale Robinson specifically).

My gut tells me he doesn’t make it to day one of the NFL Draft but when you watch him move around, I think he has solid day two potential, maybe even early round two potential to a team that doesn’t want to risk it with their 1st round pick. He has a strong arm, plus mobility, prototypical size, and is competing in a tough conference (SEC).

Will Levis – Some of What I watched

I am thankful for folks that put the videos together, makes life easier for guys like me! I tend to have to scour the interwebs to find clips of his 2021 film but wanted to share some of what I found over on YouTube, take a watch and let me know if you see what I am seeing! I am also throwing in JT O’Sullivan’s QB School breakdown because it’s really interesting to see a QB’s perspective on Levis as well, his channel is a solid follow!
Vs. Florida
Vs. Missouri
Vs. Georgia
Vs. Louisville
Vs. LSU

Will Levis – Thanks for stopping by!