Home Fantasy Football FAQ & How To What is a Snake Draft and how do you prepare in 2021? 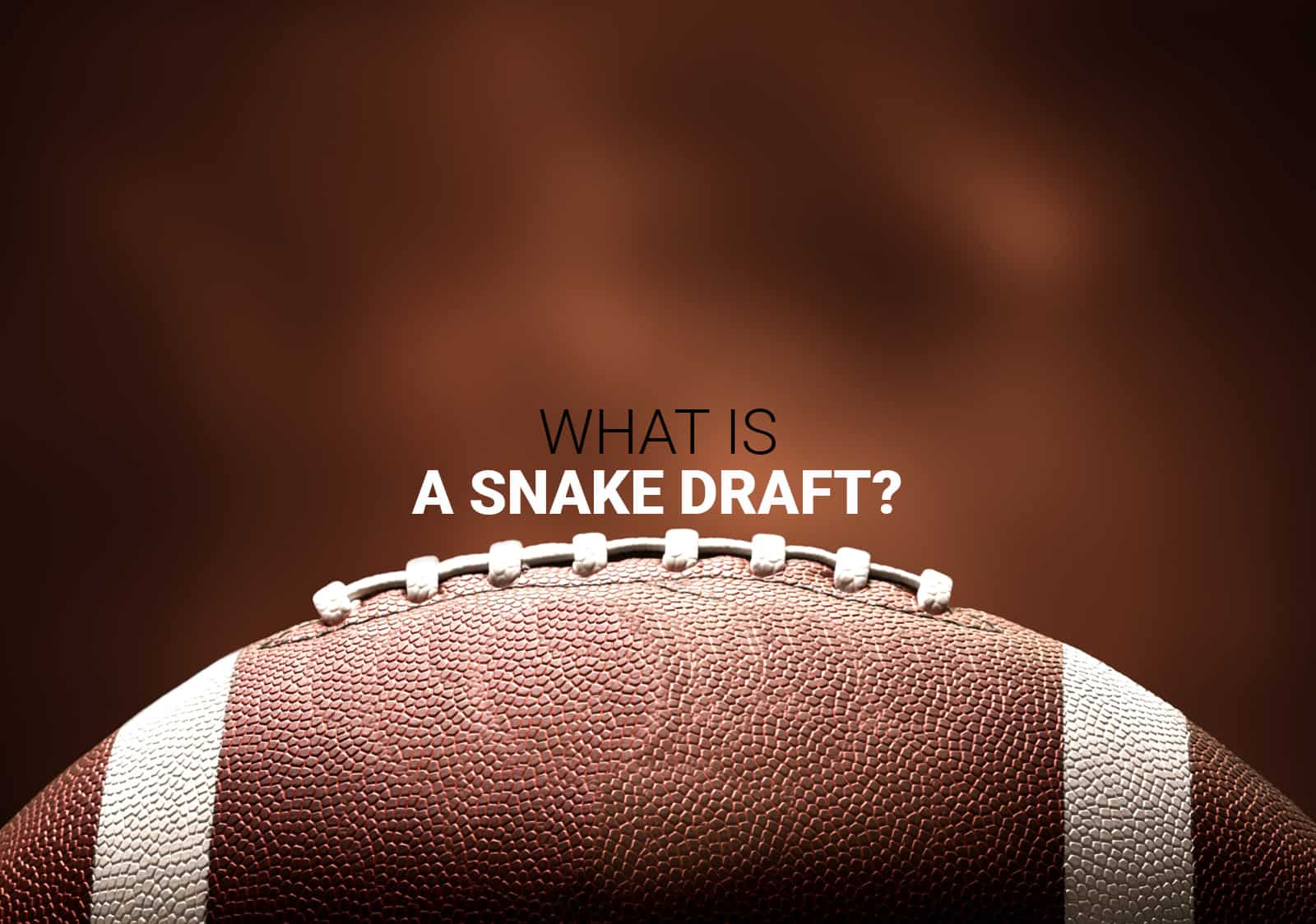 What is a Snake Draft?

Welcome back for another part in the RotoHeat “What Is?” series. This time we will discuss “What is a Snake Draft?” So far we have, amongst other things, gone through Dynasty, SuperFlex leagues, and what an IDP league is.

The way to start a new league, regardless of type, is to do what is commonly known as a “startup draft.” There are different types of drafts, but the way most startups go is by doing a “snake” draft.

So, let us start answering the question “What is a Snake Draft?”

The idea behind using a snake draft is based off a fairness principle. In a 12-team league, you randomize which order every team drafts in. The first pick is then made by the team holding the 1.01 draft pick (first round-1, first pick-01).

Each player then takes turns picking a player who gets removed from the available pool of players until all 12 teams have picked one player each. That is the end of the first round. Then round 2 of the draft begins. This is where we get back to the principle of wanting the draft to be fair.

For round 3, the draft “snakes” again, going back to the first pick of the third round being made by the person who made the first pick in round 1. The draft then alternates back and forth round after round, until every round of the draft is over.

Simply put, a snake draft is when the draft reverses back and forth between who picks first and last every round. Often, either “end” (pick 1 and 12 each round), is called “the turn”.

What is a Snake Draft Insight #1: Draft Spot Matters A Lot In Snake Draft

Apart from the obvious of ensuring that the draft is fair and that every team has a somewhat equal chance, the Snake Draft is fun because it adds extra strategy.

The way you approach the draft changes quite a bit whether you draft at the middle of every round (picks 4-9) or close to the turn (1-3 and 10-12).

Some strategies are quite intricate, like trying to start “a run” on a specific position, which is possible if you draft close to one of the turns.

But there are some other strategies that should be in consideration when drafting in a snake draft–especially if you draft at the turn.

Generally, it’s always a good idea to learn to read the draft. This means you understand what roster spots other teams need to fill (especially how many people still need QBs and TEs at a given point). This might allow you to postpone drafting a specific position for another round or two.

If you are drafting at or close to the turn, there are usually a lot of picks between every third of your draft picks.

This means that if there is a player on the board that you really like, but he is likely to get drafted by someone else before the next time it is your turn, you might have to reach for him, even if it is normally considered a bit too early to take that player. Sometimes you just got to go and get “your guys.”

What is a Snake Draft insight #2: Be sure to prepare your best for your draft(s)

With answering “What is a Snake Draft?” out of the way and you know how draft spots alters your strategy, it’s time to dive in to a few tips that can help you get ready for your drafts.

Outside of knowing and understanding the different subtleties that different draft spots bring, it is always good to do preparation going into the draft.

Draft preparation comes in many forms. First and foremost, it is always a good idea to have rankings. They don’t necessarily have to be your own but finding rankings from someone else (RotoHeat’s ranking for example) that you like goes a long way, especially when you are trying to break a tie between two players you like.

The other thing you can do to prepare for your draft is to do mock drafts. Several fantasy sites lets you do mock drafts against other people, and some let you do it against an AI that uses rankings from various “experts.”

The good thing about using mock drafts is that you can practice drafting from different draft spots so you have a better understanding of how the draft could likely fall. The more you do, the better you will be at adapting during your actual draft.

As for one last thing–don’t lock yourself into a specific draft strategy before your draft. You should be prepared to adapt to the draft rather than having decided that you are taking 2 RBs and 1 WR in the first three rounds. If some player ends up falling in the draft to a point where it is great value for you to take him, you should do that, even if you weren’t planning on taking a QB or TE early for example. So stay adaptable in your drafts!

There you have it. You now know the answer to “What is a Snake Draft?” and you even have a few tips and tricks to use in your drafts. Now you should start preparing with rankings and mock drafts. What are you waiting for?!

If you like our content here at RotoHeat, I suggest checking out the RotoHeat Youtube Channel, where we have livestreams and a bunch of rookie videos amongst other content. And if you have any questions, you are always welcome to join our RotoHeat Redraft Community or RotoHeat Dynasty Community over on Facebook.