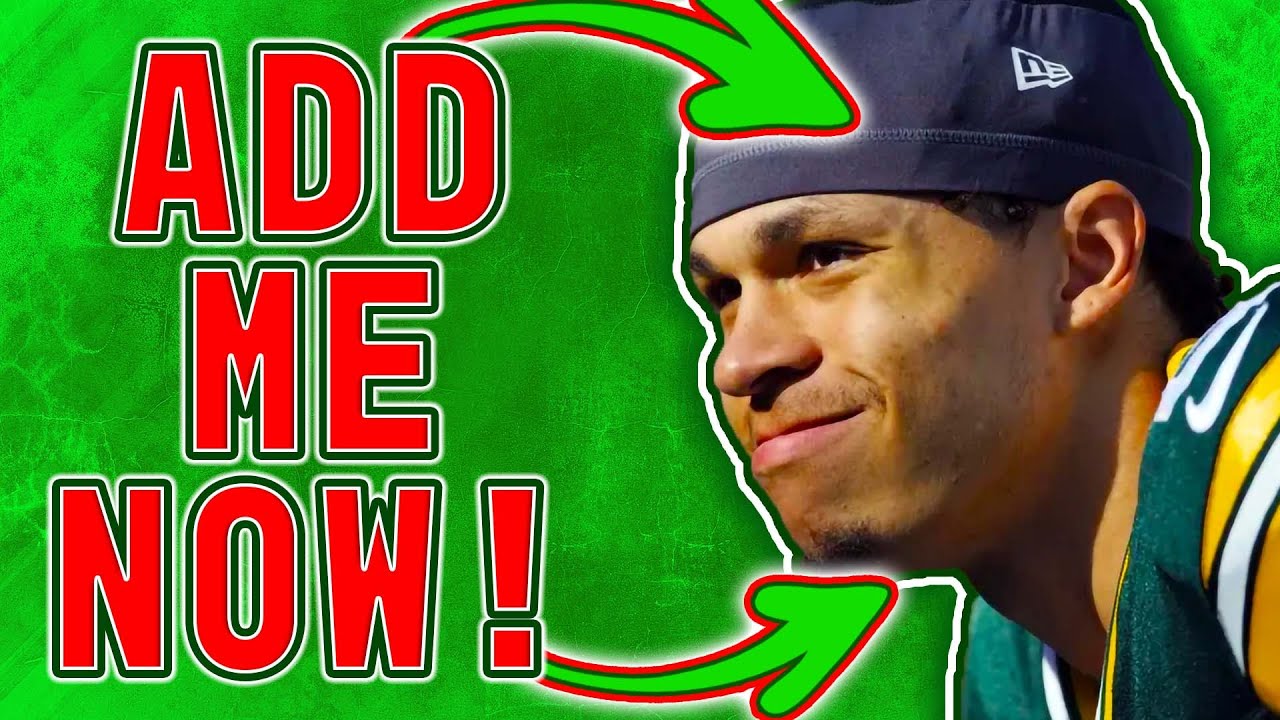 When it comes to reshuffling your team and adding new pieces that can help you win in fantasy football, nothing is as important than to utilize the waiver wire fully. In order to do that properly, you need the best possible information on all these potential waiver wire targets and RotoHeat is here to provide you with the best Week 11 waiver wire adds of the 2022 fantasy football season.

Even if you play in 1QB leagues, quarterbacks are becoming increasingly important, as the gap between the top6-7 ish QBs and the rest continues to widen. This is a result of several young QBs emerging over the last 3-4 years and the old stalwarts such as Brady, Rodgers and Russell Wilson are finally beginning to peter off in their production.

That being said, there is still a need for bye-week reliefs even at the QB position. This week, that relief could come in the form of Taylor Heinicke. Heinicke did not have a good fantasy outing in Week 10, but that was against the defense allowing the second-fewest fantasy points to opposing QBs. In Week 11, Heinicke has a better matchup against the Texans, and he has scored over 14 points three consecutive weeks, prior to Week 10.

Another option, and perhaps a better one, is Ryan Tannehill. He has historically been very efficient and could provide some decent fantasy points in Week 11, although the Packers’ defense has been good against opposing QBs.

The last QB you might be able to find is a stash option, purely for one reason. He is not allowed to play until Week 13, due to suspension. To no one’s surprise, we are talking about Deshaun Watson here. The Browns’ offense has looked good at times and terrible at other times. Watson could come in and provide a massive spark for this passing game if he is anywhere close to what we have seen from him in the past. He might not be, but if he is, he could be a league-winner at QB.

The first running back on the Week 11 waiver wire adds list is Kyren Williams. The rookie just came back from an injury that has kept him out all season until now, and although he did not get a lot of work, which was to be expected, he looked very fine on his 4 touches, rushing once for 9 yards and catching 3 passes for 30 yards. With Cooper Kupp going to the IR, the Rams might employ more of a short passing game to set up the deep shots, which could benefit Kyren Williams, who looks to be their preferred pass-catcher at RB, with both Akers and Henderson continuing to look all-around unimpressive.

Next up, we have a running back who is starting to take more and more of the workload in the Kansas City Chiefs’ run game. Isaiah Pacheco saw a career-high 16 carries, whilst Clyde Edwards-Helaire only saw 4 snaps and didn’t receive a touch. Expect Pacheco to stay on the rise.

We go straight back to the Chiefs well and suggest Jerick McKinnon as someone you can plug and play if you are in dire need of a running back in Week 11. Pacheco is the preferred runner, but McKinnon is clearly the preferred pass-catching back in KC, and his 6 receptions for 56 yards in Week 10 prove that.

If you want or have to go elsewhere, perhaps Jaylen Warren is a player to look at. Warren had 12 touches in Week 10 and provided a decent outing for fantasy. He continues to see work, which is exactly what you need if you are trying to replace someone during a bye week.

The big fish in the running back pool this week is likely going to be Rachaad White. The Buccaneers finally got the running game going and it was largely because of White. He had a long run, which made his final yards per carry look very good, but he struggled a bit early on, averaging just 3.2 yards per carry for most of the game. However, it does appear that White has become the starter in Tampa, which makes him the most enticing Week 11 waiver wire add. White is on a bye this week though, so if you need immediate production, look elsewhere.

Moving on to the wide receivers, one Christian Watson is going to be on everyone’s lips this waiver week. He scored 3 TDs to go along with 107 yards on just 4 catches. He had 8 targets. This might be the turning point for Watson, where he earns the respect and trust of Aaron Rodgers. If that is the case, Watson might end up a league winner, especially if you are looking to replace Cooper Kupp who just went on IR.

Another wide receiver, that might be able to help you some now, and even more in the fantasy playoffs once his QB1 comes off of suspension, is Donovan Peoples-Jones. DPJ is a boom/bust player, but at this point in the season, he could end up with more boom games than bust games.

Kadarius Toney is the next player on the Week 11 waiver wire adds that could be a huge help down the stretch. As he gets more work in the KC offense, he could end up with some strong fantasy performances, especially if Mecole Hardman misses any more games this season.

The Texans are a team that has been struggling on offense, but the large-body wide receiver, Nico Collins has seen consistent targets, averaging around 6 targets per game, and he just received 10 targets in his first game back from injury.

Another few fine options at wide receiver if you are in a pinch in a deeper league, are Parris Campbell and Zay Jones. Neither sees a ton of consistent targets, but they are absolutely going to have spike weeks, which could make for some great fill-ins during bye weeks.

The TE landscape has gotten a lot worse over the last few weeks. Mark Andrews has gone down with an injury and now Zach Ertz is out for the season and Dallas Goedert is going to miss games too. With Andrews, we still do not if he is back for Week 11, although the latest rumors are that he has a good chance to play. If you are an Andrews owner, or just need a TE, Isaiah Likely is a good choice. Lamar Jackson loves to involve his tight end, and if Andrews is unable to go in Week 11, Likely should be a TE1.

An even better option might be Cole Kmet. He has found the endzone 4 times in his last 2 games, earning the trust of Justin Fields in the redzone. Unless you have a top3 tight end, what you really want from your starting TE is scoring upside, and Kmet has proven to have plenty of that recently. Add him and fire him up, unless you already have a top5 TE.

One of the top5 TEs before the season began, Darren Waller, has had major issues getting on the field this season, finishing just 4 games and before the Raiders’ Week 10 game, Waller was placed on the IR. This leaves some room and a few targets for Foster Moreau. Moreau is not going to be a world-beater, but he is going to see some redzone targets, which makes him a fringe TE play if you need a stand-in for your normal tight end.

That’s it. 18 players on the Week 11 Waiver wire adds list that you can go for in your fantasy leagues. Some are going to be more helpful than others, but league size often dictates who is available and who is not, so it is better to cover as much ground as we can. Good luck with your waivers and in Week 11!