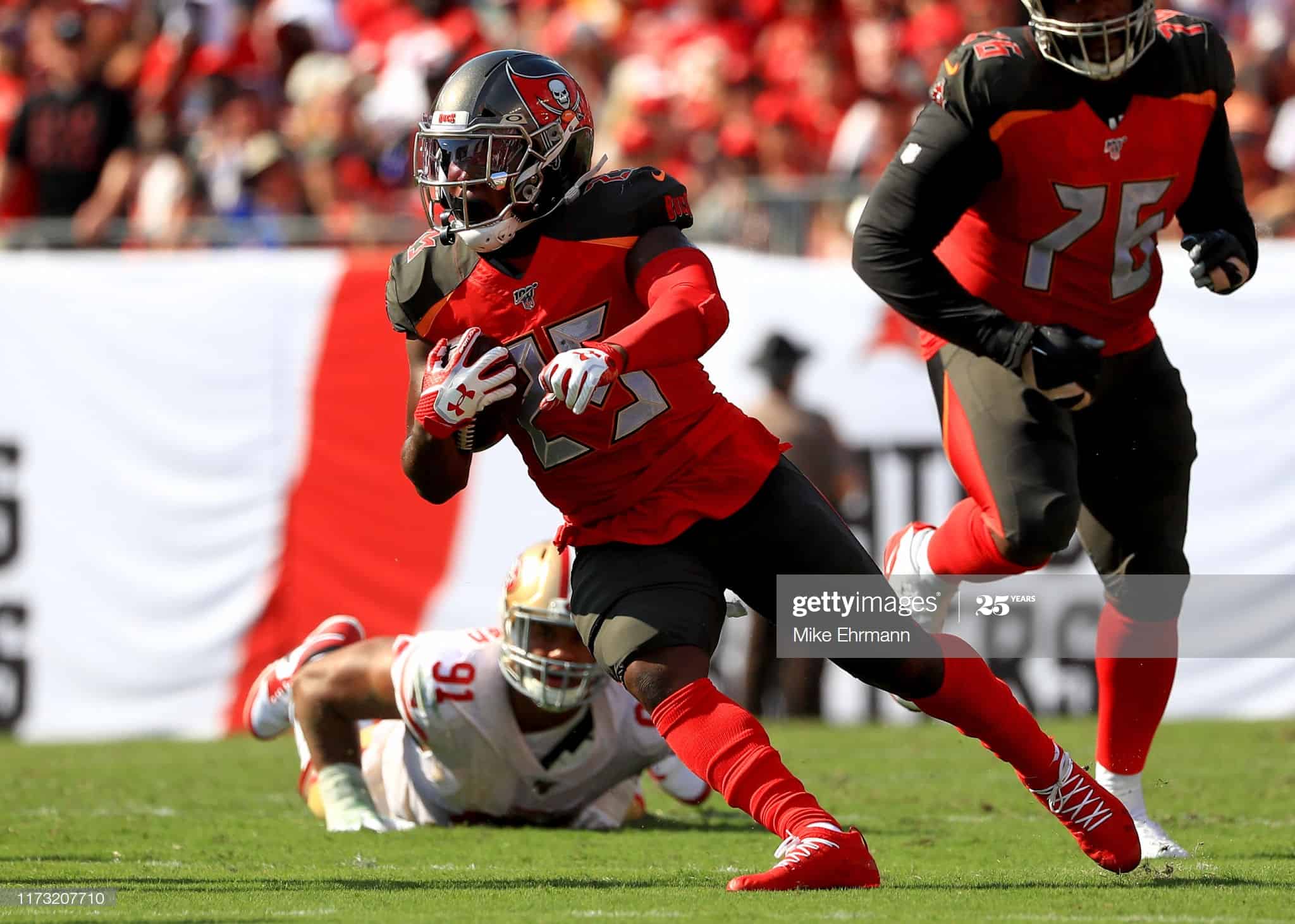 The Washington running back room is getting crowed as a result of the Redskins signing former Tampa Bay Buccaneer RB Peyton Barber on Tuesday. The deal is being reported as a 2 year deal for $3 million with $600,000 guaranteed.

Barber joined the Buccaneers as an unsigned free agent out of Auburn prior to the 2016 season. In three seasons in Tampa, Barber totaled 551 carries for 1,987 yards and 15 touchdowns. Barber added 57 catches for 349 yards and 2 additional receiving scores. His best season was the 2018 campaign, in which he totaled 963 total yards and 6 touchdowns on 254 touches.

Peyton barber joins Adrian Peterson, Derrius Guice, J.D. McKissic, Bryce Love and Josh Ferguson on the Redskins depth chart at running back. With only $600,000 in guaranteed money, Barber’s spot on the Redskins final roster is far from a lock.