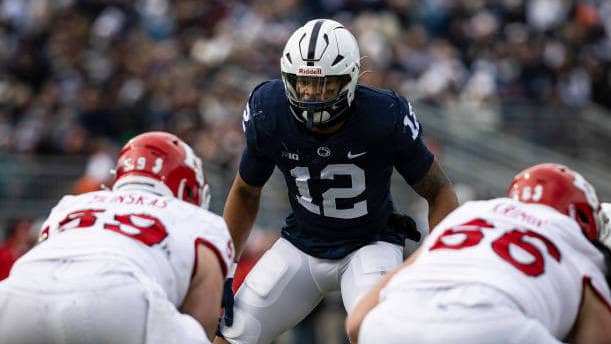 Wake Up! IDP Sleepers to Watch for 2022 – Brandon Smith

Did you know that Carolina Panthers (Felis concolor couguar) were real animals? They are allegedly extinct now, but alleged sightings of the continue to this day. The last confirmed case of a Carolina Panther in the wild was in Maine (oddly enough) in 1938. I never knew where the current NFL Panthers got their name from; you learn something new every day, eh?

But that is not why you are here; at least I hope not. You are looking for some 2022 IDP sleepers for your fantasy football teams. But wait you say, a rookie as an IDP sleeper?! Yes, I have dipped into the 2022 NFL Draft class for this next sleeper. I feel that he can give you immediate and long-term value, so let’s get into why he made The List (please don’t sue me Mr. Jericho).

Wake Up! IDP Sleepers to Watch for 2022 – Brandon Smith: College

The #14 overall recruit, and #1 overall linebacker in the 2018 recruiting class, Brandon Smith chose Penn State over offers from numerous other colleges such as Florida, Michigan, Clemson, Ohio State, and Alabama. He played in 21 games in three years there, including his true freshman year. He never really lived up to his high recruitment status though, ending his time there with 132 tackles (68 solo), 19 TFL, 4 sacks, 6 PD, 1 INT, 1 forced fumble, and 1 fumble recovery.

He has all the physical tools you would want in a current day NFL linebacker. He has great size (6’3″, 240 lbs) and is an amazing athletic linebacker even for NFL standards. He made “wow” plays across his career yet he never seemed to put it all together; consistency issues with tackling, timing, and block shedding plagued him throughout his time there. He did show great improvement and high marks in coverage during his last year in college. The Carolina Panthers ended up taking him with the 120th pick (4th round) in the 2022 NFL Draft.

Despite falling to the 4th round Brandon Smith ended up in a great position for potential immediate playing time. His versatility (he played at all of the linebacking spots at various times in college) and athletic ability are already in his favor. The Panthers depth chart is also nothing overly intimidating to overcome at this time. Shaq Thompson is locked in at one spot, but that is really the only guaranteed starter.

Damien Wilson is the next biggest name there, and he just signed a two-year, $6.9 million deal this offseason. The Panthers can get out of that deal after one year with only about $1 million in dead cap, and Wilson has also run into some legal trouble this offseason. The other “name” linebacker is Cory Littleton, who has not had much IDP success for us since he left the Rams after 2019. All the other linebackers currently rostered are cheap street free agents and/or very late-round draft picks.

Despite being a rookie I feel that Brandon is a sleeper because he has been a fringe top 10 non-edge linebacker in most rookie IDP rankings. He has all the tools to succeed, he just needs to show consistency. I think he will get that chance with the shallow depth chart ahead of him, whether it is to start the season or later in the year. The Panthers have been putting together a young, solid defense and linebacker is the one weakness they have left. I believe Brandon is part of the solution to this problem for the Panthers, long-term and short-term.

Thank you for reading Wake Up! IDP Sleepers to Watch for 2022 – Brandon Smith