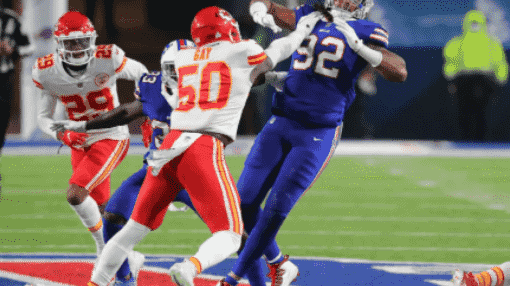 For the longest time, I never realized the Kansas City Chiefs play in Missouri. I knew, and yes still know, that there is a Kansas City, Missouri along with Kansas City, Kansas, but always assumed the Chiefs played in Kansas. I guess that is what happens when we assume.

Anyway, welcome back to part six of the 2022 IDP Sleepers series. You can tell from the title and my diatribe before that we are talking about Willie Gay Jr, linebacker for the Kansas City Chiefs. The Chiefs are likely to have one of the youngest starting linebacking corps in the NFL this year, and Willie Gay Jr will be an important part of how good of a group it turns out to be.

A four-star prospect out of Starkville, Mississippi, Willie Gay Jr was a top 70 player in the 2017 recruiting class and a top-three outside linebacker. He ultimately chose to attend Mississippi State where he played as a true freshman. He ended up playing in 28 games over three years there. In those 28 games, he had 99 tackles (46 solo), 11 TFL, 6 sacks, 4 PD, 3 interceptions, 2 forced fumbles, and 2 fumble recoveries.

Despite limited college production (he only started six games in college and was suspended for academic violations), Gay was seen as an early day 2 pick in the 2020 NFL Draft. He had great size (6’1″, 243 lbs), athleticism, and length for an NFL linebacker, which we know teams are a big fan of. There were some concerns regarding his instincts, pursuit angles, and overall experience. The Chiefs took him with pick 63 (2nd round) in the 2020 NFL Draft.

Barring news of a complete inability to pick up the system or stay healthy, Willie should be a starter for the Chiefs this year likely starting on the weakside from what it seems like right now. 2021 2nd round pick Nick Bolton (who had a tremendous 2021 for a rookie) will be the man in the middle, and veteran Jermaine Carter will try to hold off rookie Leo Chenal for the strong side starter.

Willie has things to clean-up to become a full-time, dependable starter, but progress has been made. He improved a lot in coverage last year, and still has all the physical tools you want in an NFL linebacker. Not having to be the man in the middle, and calling plays, should help him focus on what his role is. Doing well in coverage will help keep him on the field more and thus give us the chance for more fantasy production.

Willie Gay is the consensus LB 35 on RotoHeat and FantasyPros has him at LB 36, so he is going as a back end LB 3 right now overall for 12 team leagues, and an LB 4 for 10 team leagues. This is much higher than he has finished at any point in his career. He has the potential to finish higher than this on skill and opportunity alone; that and his prior season-ending stat lines make him a 2022 IDP Sleeper for me.

Thank you for reading Wake Up! IDP Sleepers to Watch for 2022 – Willie Gay Jr