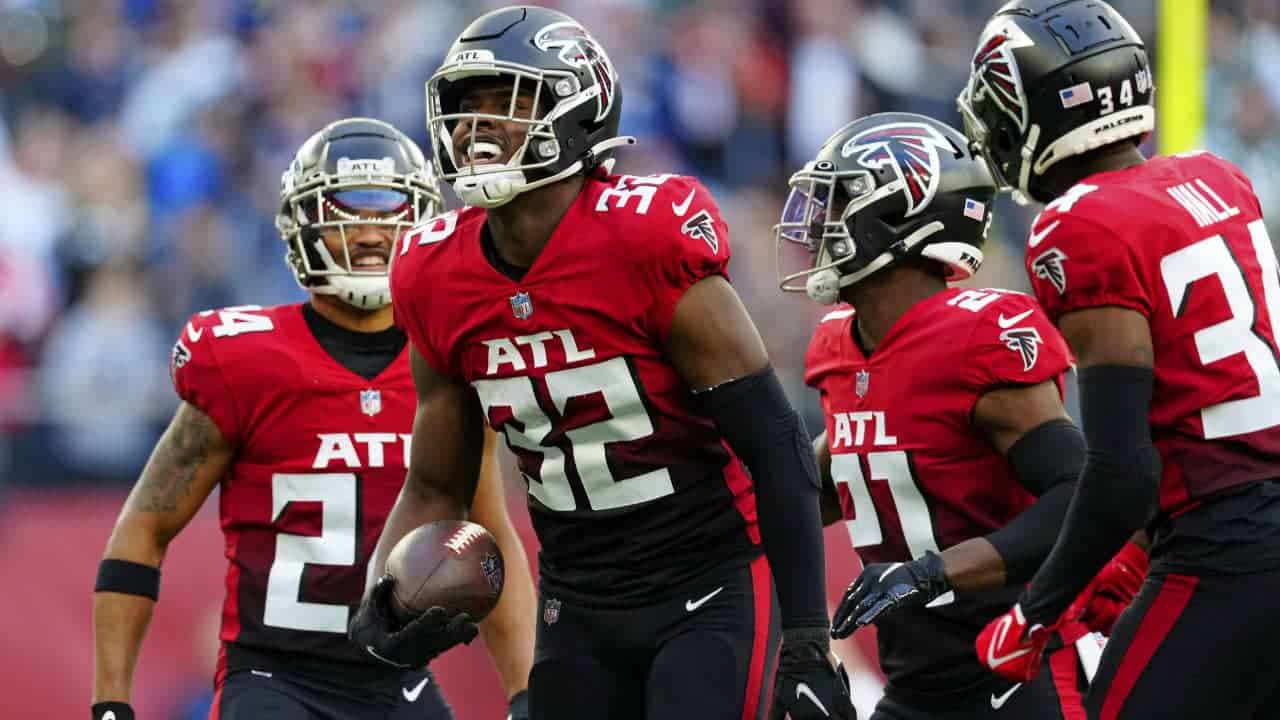 Wake Up! IDP Sleepers to Watch for 2022 – Jaylinn Hawkins

Do you know the difference between a falcon and a hawk? I didn’t but the dad-joke brain I have was trying to find a good joke to use with those for today. Truth be told I never got around to the joke, I got too busy looking at information about hawks and falcons.

Hawks are generally slower and larger. Hawks tend to glide more and use their talons to kill their prey, as opposed to falcons which use their beaks for the kill. Their wings are different, the striping on their bellies is different and the feather patterning on their faces is different. Luckily for me though, today’s 2022 IDP sleeper is both a falcon and a hawk(ins).

Wake Up! IDP Sleepers to Watch for 2022 – Jaylinn Hawkins: College and Early NFL

His level of play increased from year 1 to year 2 as his playing time increased. His pass completion percentage allowed and QBR both allowed both decreased by over 10%. He has good size for a safety at 6’1″, 208 lbs, and so far in the league, he has shown to be a hard-hitting, versatile defender with good instincts. He is not going to be mistaken for the fastest guy on the field and has had issues wrapping up ball carriers, but he has great reaction time and knows where to be on the field.

Jaylinn is going to get a chance to earn consistent, significant playing time this year for the Falcons. 2021 40th overall pick Richie Grant will be competing to start and be given every opportunity. From what the coaching staff has said so far Grant will be playing safety this year after most of his snaps were at slot corner. That leaves Duron Harmon and Erik Harris (both on one year, $1.272 million contracts) as the other main competitors. Both Harmon and Harris are in their early 30s and while great veteran presences, limited as NFL starters.

In most dynasty leagues Jaylinn is going undrafted (new leagues) or is a free agent. In all of my IDP leagues, I did not see him rostered in a single one right now. The linebacking corps for the Falcons is a bit of a mess, and it will be even more of one if Deion Jones leaves (as has been speculated as of late). Jaylinn has the size to play some linebacker, and the more the Falcons are on defense the better it is for IDP. I’m not running to grab him in leagues right now, but I do expect him to win a starting job and am paying close attention to him this offseason.

Thank you for reading Wake Up! IDP Sleepers to Watch for 2022 – Jaylinn Hawkins