Who is Tyler Boyd, and how did he come out of nowhere? For fairly new dynasty players, Boyd was not on many radars going into this season. He does not have great speed. His 40 yard dash time at the combine was 4.58, which is the 20th percentile of all current Wide Receivers in the league. He does not have a great vertical with 34 inches at the combine, which is 35th percentile. He is not considered strong with only 11 reps on the bench press that ranks 20th percentile. So, it must be a fluke right?
Boyd was drafted in the 2nd round of the 2016 NFL draft at 55th overall out of Pittsburg. He was the 7th Wide Receiver taken behind the likes of Corey Coleman, Josh Doctson, and Laquon Treadwell. At 21 years old, he was one of the younger Wide Receivers in the draft. He had a successful career at Pittsburg posting 3881 Scrimmage yards and 22 touchdowns over 3 seasons. He ranks 4th all-time in the ACC for career receptions. 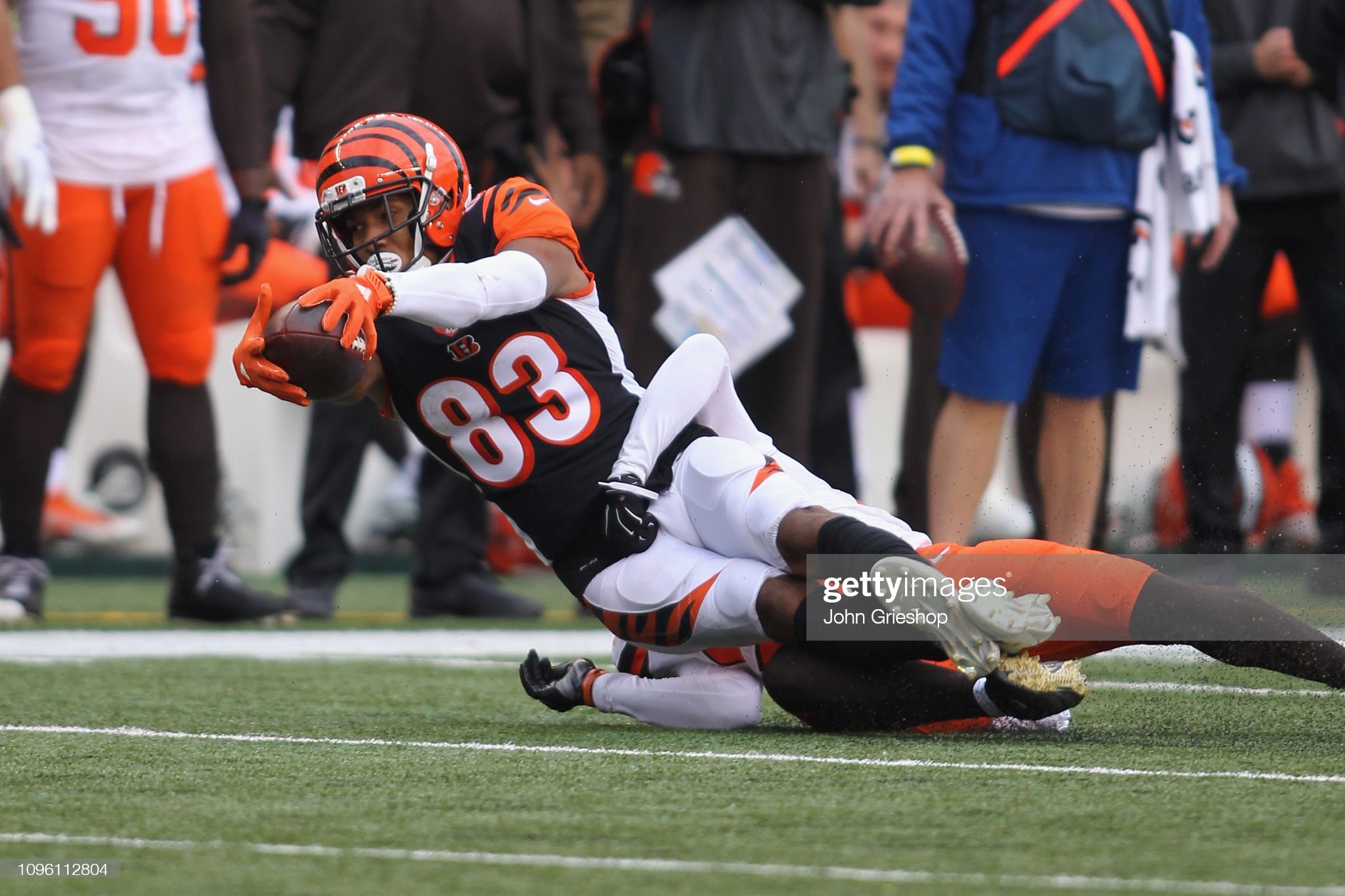 His rookie year looked very promising playing in all 16 games and catching at least one pass in all of them. He totaled 54 catches on 81 targets and had 603 yards. He looked primed to take over the #2 Wide Receiver role opposite of the great A.J. Green going into the 2017 season.
The Bengals decided to re-sign Brandon LaFell and select John Ross with the 9th overall pick of the 2017 NFL draft. These two moves coupled with a knee injury, that limited Boyd to only 10 games, made up for an extremely disappointing 2017 season. Boyd ended the year catching just 22 passes on 32 targets. A trend that he did keep, however, was catching at least one pass in every game he played.
Understandably, he was almost completely forgotten going into his third season. The narrative entering this season was all about John Ross taking the reins of the #2 Wide Receiver job and Tyler Eifert finally being healthy. Well, John Ross seems to be a bust so far that can’t stay healthy, and Eifert is continuously dealing with injury after injury as well. In steps Tyler Boyd. 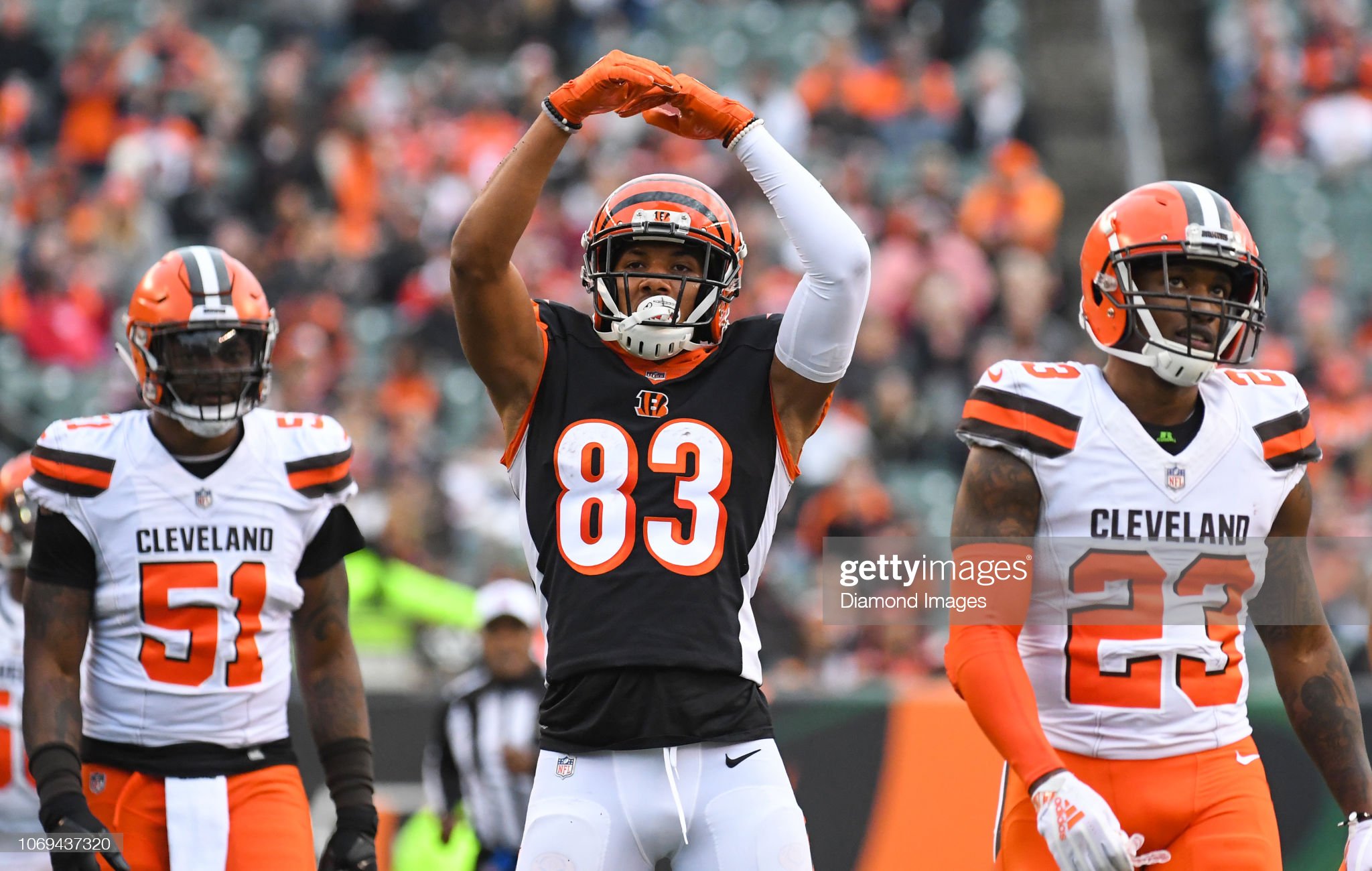 ​
Through the first 8 games of the season, Boyd ranks 15th in yards with 620, 12th in catches with 49, 11th in Touchdowns with 5, 10th in catches over 20 yards with 10, and 10th in catches resulting in a 1st down with 32. Yes, that means that 32 of his 49 catches have gone for a 1st down. He has shown excellent route running ability and great hands. He has only dropped one pass so far this season, and his 75.4% catch rate is 80th percentile in the league. He has 7 or more targets in 6 of the 8 games and has eclipsed 100 yards 3 times already. He has demanded 22.8% of the team’s targets, which is 84th percentile. Tyler Boyd has arrived ladies and gentleman, and he helps form one of the top Wide Receiver duos in the league. 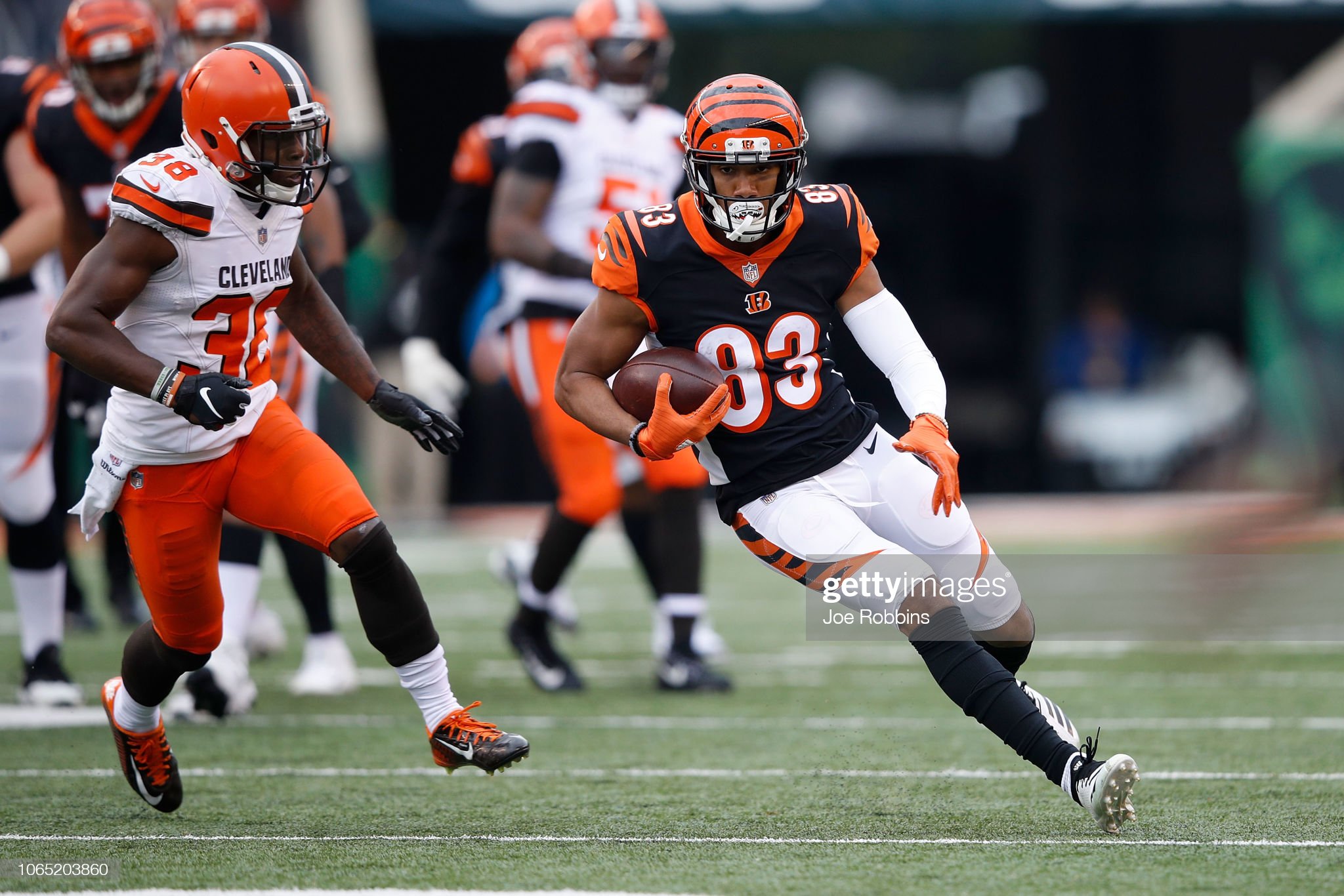 He is still only 23 years old and is only one month older than rookie standout Calvin Ridley. His stock is quickly rising and if you have the chance to buy him for a reasonable price then jump on it. Chances are you will have to pay up for him though. Boyd is just another example that you can’t look at combine measurements as an effective tool to predict success at the NFL level. Oh, and he has still caught at least one pass in every game he has played in.