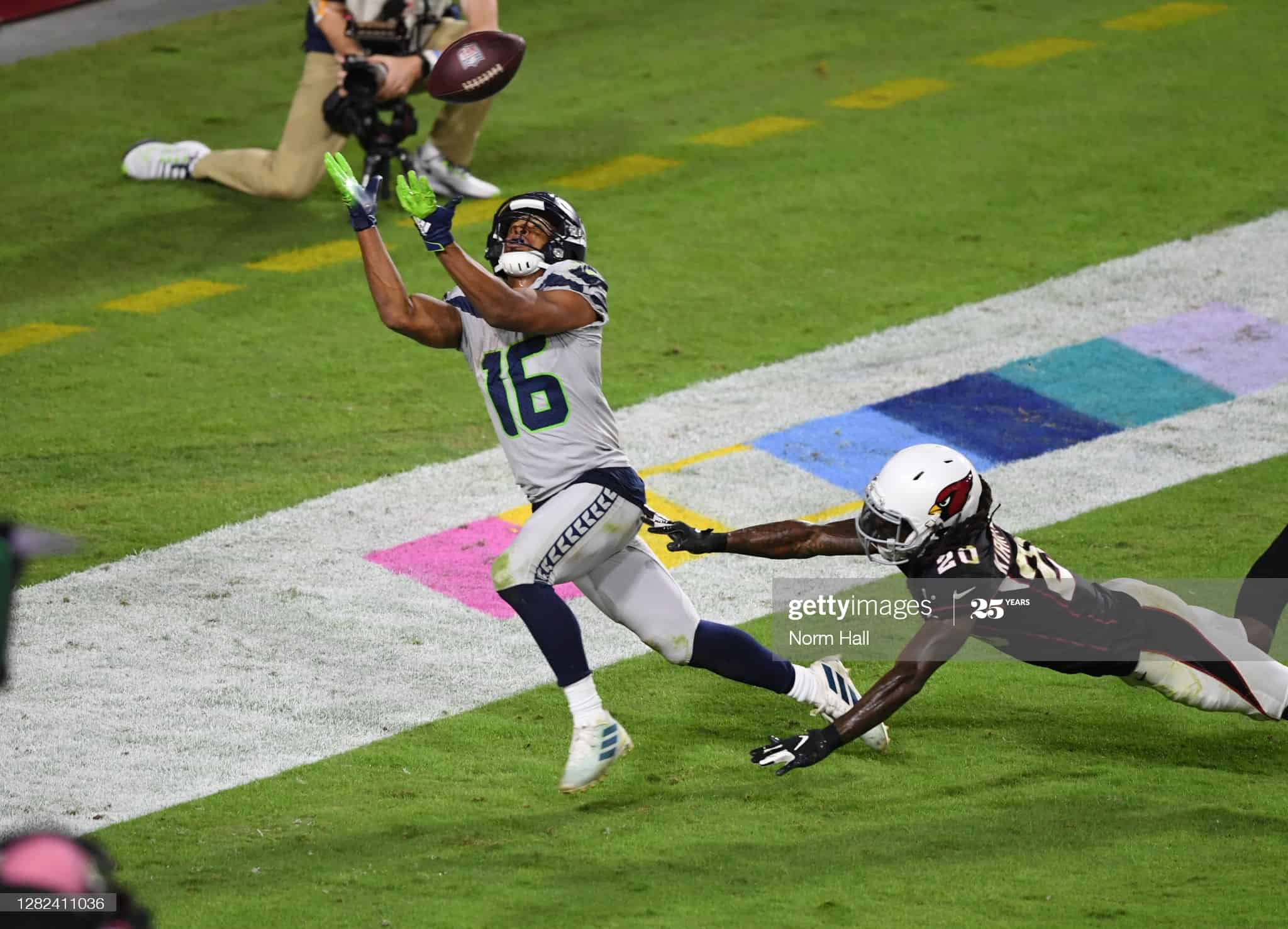 CINCINNATI, OHIO – OCTOBER 25: Kareem Hunt #27 of the Cleveland Browns carries the ball against the Cincinnati Bengals during the second half at Paul Brown Stadium on October 25, 2020 in Cincinnati, Ohio. (Photo by Andy Lyons/Getty Images)

NASHVILLE, TENNESSEE – OCTOBER 18: Running back David Johnson #31 of the Houston Texans runs with the ball in the second half of their game at Nissan Stadium on October 18, 2020 in Nashville, Tennessee. The Titans defeated the Texans 42-36 in overtime. (Photo by Frederick Breedon/Getty Images)

EAST RUTHERFORD, NEW JERSEY – OCTOBER 25: Cole Beasley #11 of the Buffalo Bills tries for the catch but couldn’t re-establish control of the ball in-bounds resulting in an incomplete pass while being tackled by Brian Poole #34 of the New York Jets at MetLife Stadium on October 25, 2020 in East Rutherford, New Jersey. (Photo by Elsa/Getty Images)

DENVER, CO – OCTOBER 25: Tyreek Hill #10 of the Kansas City Chiefs celebrates with Daniel Kilgore #67 after a fourth quarter touchdown against the Denver Broncos at Empower Field at Mile High on October 25, 2020 in Denver, Colorado. (Photo by Dustin Bradford/Getty Images)

HOUSTON, TEXAS – OCTOBER 25: Davante Adams #17 of the Green Bay Packers catches a 45-yard touchdown reception from Aaron Rodgers #12 against the Houston Texans during the third quarter at NRG Stadium on October 25, 2020 in Houston, Texas. (Photo by Logan Riely/Getty Images)

ATLANTA, GEORGIA – OCTOBER 25: Todd Gurley II #21 of the Atlanta Falcons runs the ball against the Detroit Lions during the second half at Mercedes-Benz Stadium on October 25, 2020 in Atlanta, Georgia. (Photo by Kevin C. Cox/Getty Images)

LANDOVER, MARYLAND – OCTOBER 25: Antonio Gibson #24 of the Washington Football Team runs with the ball in the first half against the Dallas Cowboys at FedExField on October 25, 2020 in Landover, Maryland. (Photo by Patrick McDermott/Getty Images)