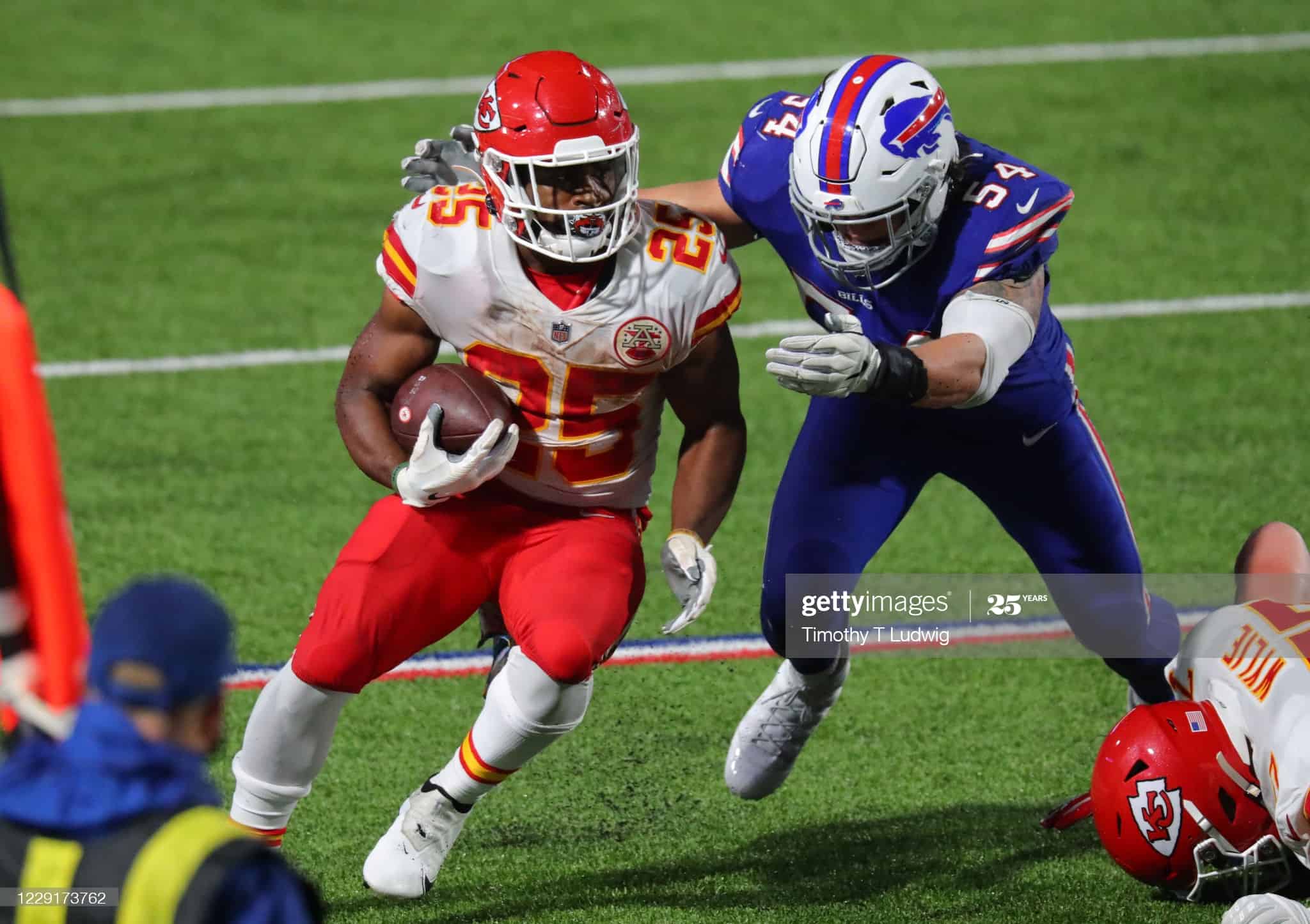 INDIANAPOLIS, INDIANA – OCTOBER 18: A.J. Green #18 of the Cincinnati Bengals catches a pass against Khari Willis #37 of the Indianapolis Colts during the second half at Lucas Oil Stadium on October 18, 2020 in Indianapolis, Indiana. (Photo by Andy Lyons/Getty Images)

NASHVILLE, TENNESSEE – OCTOBER 18: Darren Fells #87 of the Houston Texans celebrates with Will Fuller V #15 after Fells scored a touchdown in the second quarter against the Tennessee Titans at Nissan Stadium on October 18, 2020 in Nashville, Tennessee. (Photo by Frederick Breedon/Getty Images)

MIAMI GARDENS, FLORIDA – OCTOBER 18: Xavien Howard #25 of the Miami Dolphins breaks up a pass play to Jamison Crowder #82 of the New York Jets in the first half of their game at Hard Rock Stadium on October 18, 2020 in Miami Gardens, Florida. (Photo by Michael Reaves/Getty Images)

FOXBOROUGH, MA – OCTOBER 18: Tim Patrick #81 of the Denver Broncos catches a pass during the first half of a game against the New England Patriots at Gillette Stadium on October 18, 2020 in Foxborough, Massachusetts. (Photo by Billie Weiss/Getty Images)

JACKSONVILLE, FL – OCTOBER 18: Detroit Lions Running Back D’Andre Swift (32) runs with the ball during the game between the Detroit Lions and the Jacksonville Jaguars on October 18, 2020 at TIAA Bank Field in Jacksonville, Fl. (Photo by David Rosenblum/Icon Sportswire via Getty Images)

ARLINGTON, TEXAS – OCTOBER 19: Kenyan Drake #41 of the Arizona Cardinals runs for a touchdown against the Dallas Cowboys during the fourth quarter at AT&T Stadium on October 19, 2020, in Arlington, Texas. (Photo by Ronald Martinez/Getty Images)