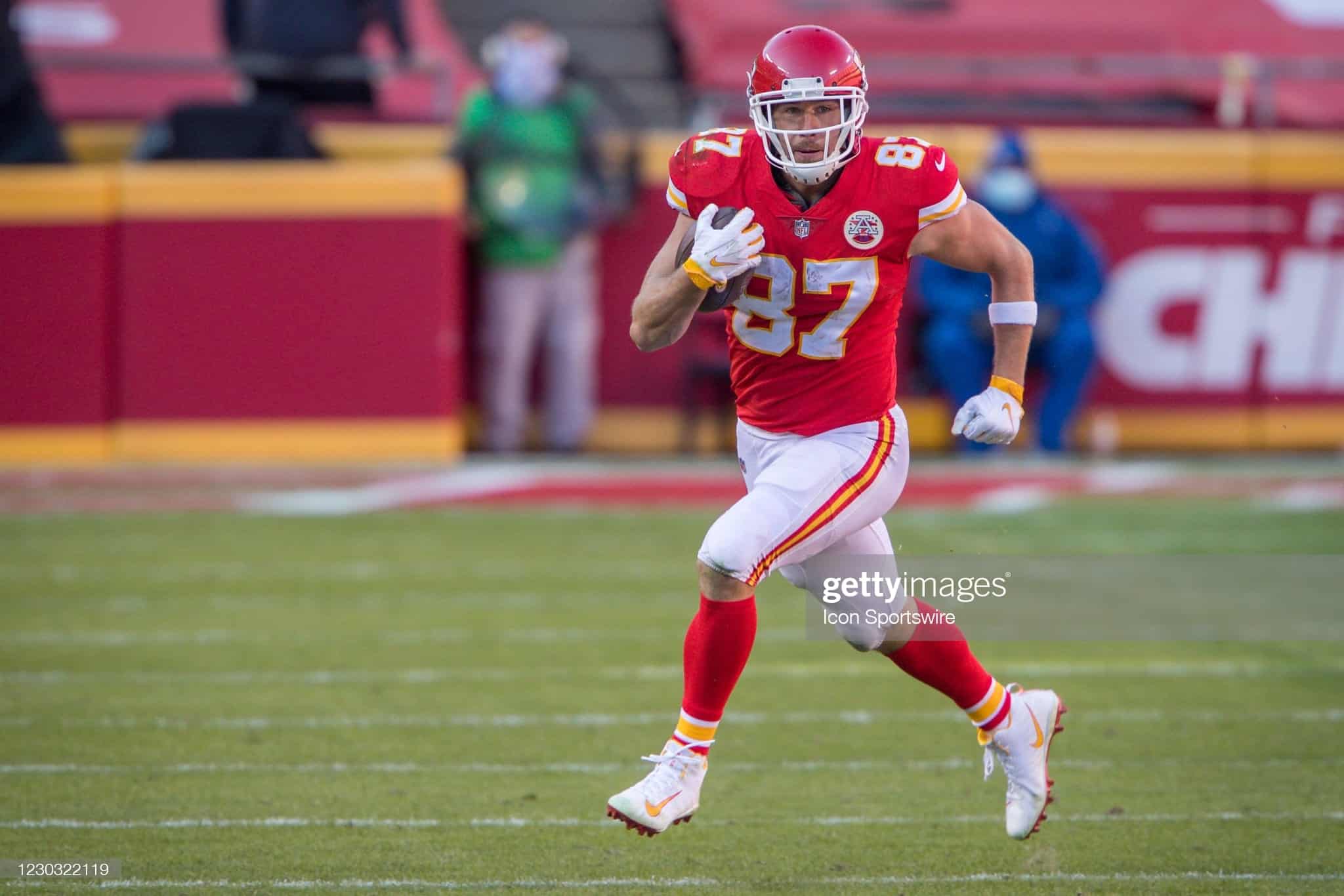 Cincinnati TE Travis Kelce was selected by the Kansas City Chiefs in the third round (63rd overall) in the 2013 NFL Draft. With the pick, the Chiefs made Kelce the 5th tight end selected in the draft. The Chiefs hired Andy Reid as their new head coach during the off-season which led to the selection of Kelce. Reid was familiar with Kelce after he had drafted and coached his brother, Jason Kelce, during his time as the head coach of the Philadelphia Eagles. The Kelce brothers played together at Cincinnati.

Travis Kelce spent three seasons at Cincinnati, appearing in 35 games for the Bearcats. In those 35 games, Kelce totaled 59 receptions for 875 yards and 10 touchdowns. Kelce redshirted in 2008, and made his appearance in 2009, playing in 11 games and recording one reception for 3 yards. Kelce was suspended for the 2010 season due to a violation of team rules, which was later revealed to be failing a drug test by testing positive for marijuana. He returned in 2011 and had his best college season in 2012, in which he caught 45 passes for 722 yards and 8 touchdowns.

Kelce’s rookie season consisted of a single snap on special teams in Week 2. The Chiefs placed him on injured reserve after having surgery on his knee in October. Kelce has not missed a game to injury since.

Since Patrick Mahomes took the starting role in 2018, Kelce has totaled 431 targets, 305 receptions, 3,981 yards and he has scored 26 touchdowns. His best season came in 2020. Kelce saw a league high number of targets for a TE with 145 (tied with Darren Waller). Kelce turned those targets into 105 receptions, 1,416 yards (NFL TE record) and 11 touchdowns. Kelce ranked 6th in targets, 5th in receptions, 2nd in yards and 5th in touchdowns among all pass catchers in 2020.

Travis Kelce has become one of the best pass catching Tight Ends in NFL history and possibly the greatest fantasy TE ever. After finishing last season as fantasy’s top TE, Kelce has now been a top-10 TE for 7 straight seasons, the last 5 as the top scoring TE in PPR formats.

During Kelce’s run a top the TE standings he has averaged 263.6 points. If you eliminated the tight end position and just called him a wide receiver, his finishes in those 5 seasons starting with 2016 – WR18,WR10,WR9,WR9, and WR4. During the 2020 season, Devante Adams, Tyreek Hill, and Stefon Diggs were the only WRs to outscore Travis Kelce.

The question at this point isn’t whether or not Kelce is the TE1, but rather how far he is ahead of the rest of the pack. Darren Waller looks like a strong bet again this year and George Kittle will be back this season, but beyond that there really isn’t anyone who has a realistic shot of dethroning Kelce unless he suffers an injury.

Looking past 2021, age certainly jumps out. Kelce will turn 33 during the 2022 season. Age 33 is an age that may scare the crap out of most dynasty managers, but 33 for a TE although not young is much different than a 33-year old RB or WR. The best TEs deliver into their mid to late 30s. Tony Gonzalez was TE6 at age 33 and played until he was 2013 where he was TE2 at the age of 37. Antonio Gates was TE9 at age 33. If you ask me Kelce is better than both of them. There is plenty of tread left on Kelce’s tires especially with how durable he has proven to be since his rookie season.

The advantage that Kelce provides at tight end is unlike anything else at any other position in fantasy football and that’s one of the reasons he is drafted so highly. His incredible consistency, durability and combination of high floor / high upside make him one of the most valuable players in all of fantasy football. Playing in a high octane offense in Kansas City, led Patrick Mahomes certainly doesn’t hurt.

I currently have Kelce ranked ranked 33rd, and he is my top ranked TE in my 1QB start-up PPR rankings. The RotoHeat consensus rankings has him at 32. The DLF ADP of 17 is much higher than I care to go, but the reality is 17-20 is likely where you need to take him if you want him. I am not comfortable spending second round draft capital on a TE in a non-premium scoring league, but I won’t argue with anyone who is.

The rank of TE1 however is correct without question in my opinion. I had George Kittle ranked as my TE1 for a month during last offseason and ultimately put Kelce back on top. He is there by a wide margin this season.

If you are looking to bolster your roster and wish to buy Travis Kelce, be prepared to pay up. Kelce is the type of asset that should fetch the 1.03 at minimum in 1QB formats. If you are looking to move a player for Kelce, it is likely going to cost you a player like an Austin Ekeler or DeAndre Hopkins type. He is a tough player to buy, and if I am only pursuing it if I am a true contender.