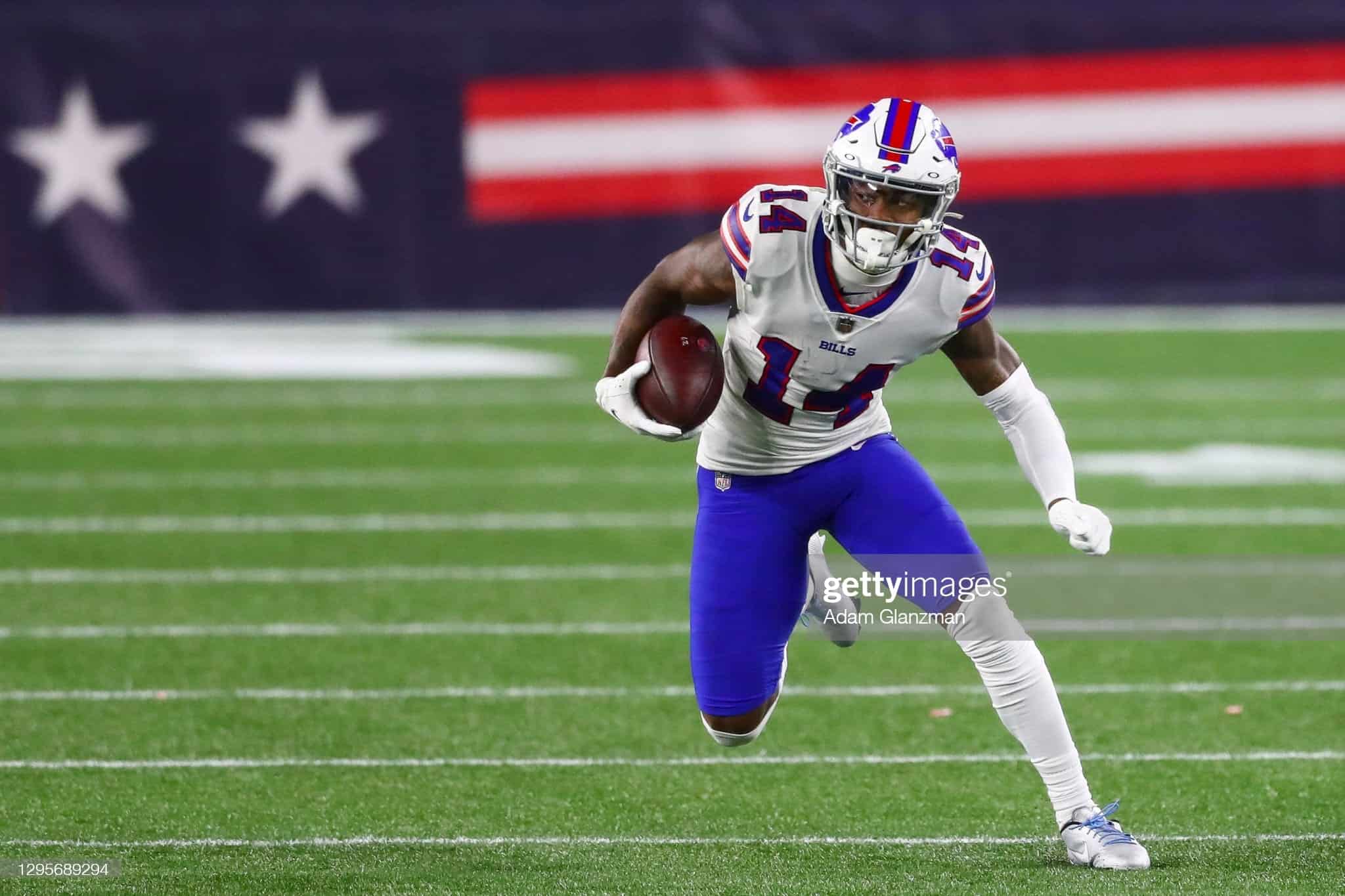 The Top 50 Series continues with the profile of Buffalo Bills WR Stefon Diggs.

Maryland WR Stefon Diggs was selected by the Minnesota Vikings in the fifth round (146th overall) in the 2015 NFL Draft. With the pick, the Vikings made Diggs the 19th wide receiver selected in the draft.

Diggs spent three seasons at Maryland, and in his 28 games with the Terrapins, totaled 2,227 yards and scored 14 touchdowns on his 150 receptions. In addition to his work in the passing games, Diggs had 32 carries for an additional 187 yards. His best season arguably was his true freshman year in 2012. He ranked second in the ACC and eighth nationally with 172.4 all-purpose yards per game, while his 1,896 all-purpose yards were the second most in a single season in school history.

Diggs entered the 2015 season with the Vikings with little expectations. Diggs was behind Mike Wallace, Jarius Wright, and Charles Johnson on the WR depth chart and sat behind TE Kyle Rudolph as well in terms of passing options. As a result Diggs was inactive for Minnesota’s first three games and if not for injures to both Johnson and Wright, likely would have sat longer. In 13 games, Diggs led the Vikings in targets (84), receptions, (52), and receiving yards, (720) in 2015. Diggs finished his rookie season as WR46 with 149.3 PPR points. He was the third highest scoring rookie WR behind Amari Cooper (212.7), and Tyler Locket, (153.4). Diggs was the highest scoring rookie 5th round selected WR drafted between 2010-2015.

During the offseason Stefon Diggs made it known to the Minnesota Vikings that he wanted out. On March 20th, 2020 the Vikings gave Diggs what he wanted. The Vikings traded Diggs and their seventh round draft pick to the Buffalo Bills for their first, fifth, and sixth round picks in the 2020 NFL Draft, in addition to a fourth round pick in the 2021 NFL Draft. Stefon Diggs was now a Buffalo Bill.

When it comes to fantasy analysis I think I do a rather good job. One of the larger mistakes I have made in my three years of doing this was my projection for Diggs in Buffalo. I saw a WR with low volume and an extremely accurate QB, landing in a spot with large volume from a wildly inaccurate QB. I saw it as a wash for Diggs and a likely second straight WR2 season.

I got the large volume part right. Diggs saw a league leading 166 targets during his first year in Buffalo. The inaccurate QB part was where I went wrong. Josh Allen increased his completion percentage by 10.4% and after finishing 32nd in 2019 (58.8%) he finished 2020 with the 4th highest (69.2). Diggs turned this enormous amount of targets into a league leading 127 receptions, and 1,535 receiving yards. Diggs finished his first season as a Bill at WR3 with 328.6 PPR points.

After 5 seasons in the NFL, Stefon Diggs the 19th WR selected in his class has scored 1,347.8 PPR points, tops of all WRs drafted in 2015. He is the most successful late round drafted WR since Antonio Brown was drafted in the 6th round by Pittsburgh in 2010.

Stefon Diggs went from being a very good fantasy WR to being an elite fantast WR last season. He scored at least 14 PPR points in all but two games, including more than 20 PPR points seven times. Josh Allen should continue to lean on Diggs, and he has the chance to repeat as the league leader in receptions and targets.

In 2022, Diggs will turn 29 during the season. I tend to not discriminant against talent solely based on a player’s birth certificate. The elite WRs continue to play well into their thirties and I expect Diggs to as well. With that being said his age is certainly a factor when it comes to ranking him in Dynasty formats.

I currently have Stefon Diggs ranked ranked 16th, and he is my 7th ranked WR in my 1QB start-up PPR rankings. The RotoHeat consensus rankings has three spots higher at 13. Both the DLF ADP of 13 and the rank of WR6 align with where I value this Diggs.

If you are looking to bolster your roster and wish to buy Stefon Diggs, you have picked the worst possible time to do so, as his value is at its peak. Selling Diggs if you are looking to rebuild however is something you should consider. Diggs is the type of asset that should bring you back a good haul, and if he doesn’t, don’t trade him. If you are simply looking for picks in return, Diggs is worth the 1.01 straight up. If you are looking to the future and 2020 selections, I would set the price at two first round selections preferably with one being in the top half of the first round.

Top 5 Websites to Host Your Dynasty Fantasy League in 2022