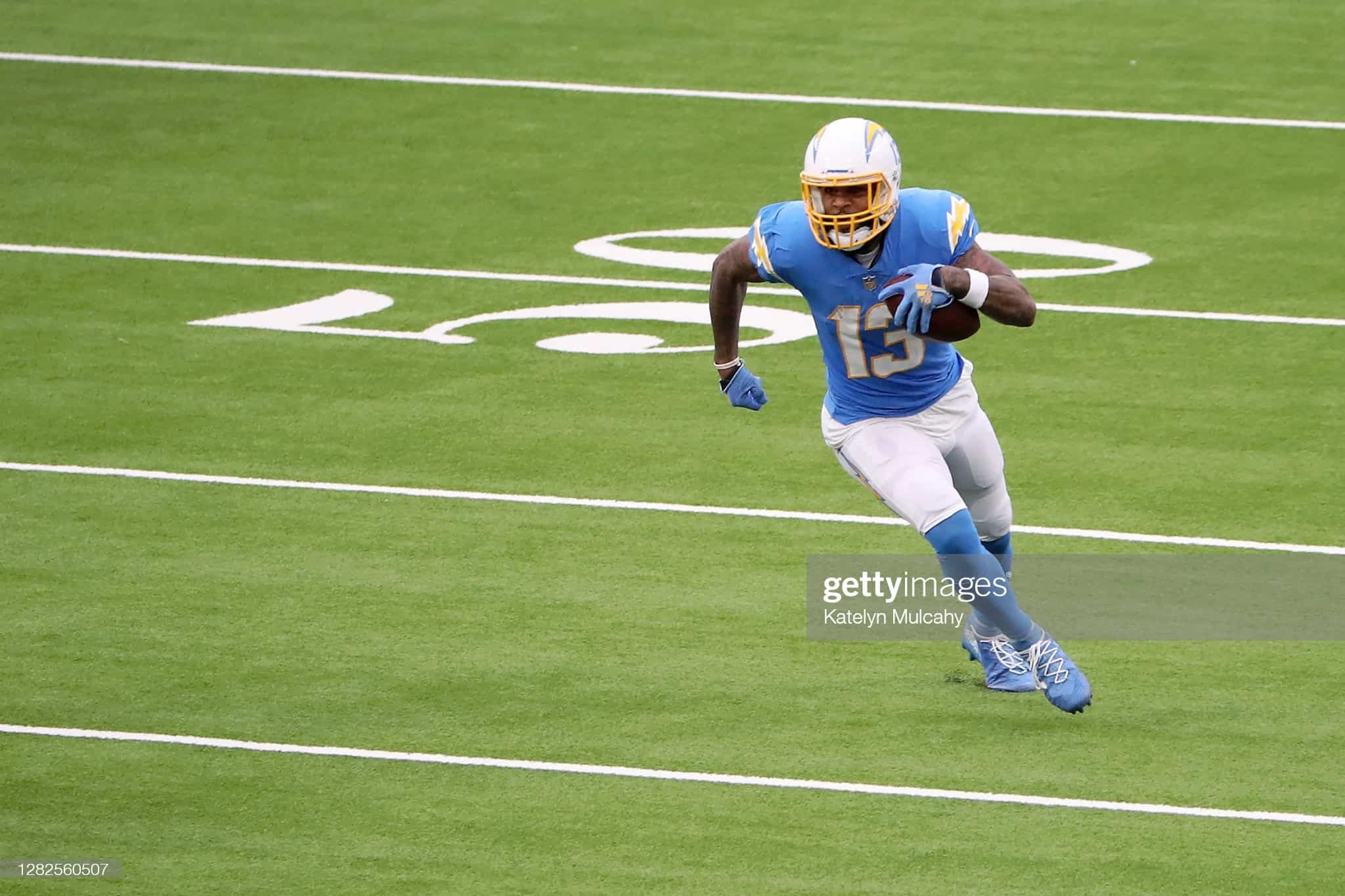 The Top 50 Series profiles individuals currently occupying a spot in the top-50 2021 Startup Dynasty ADP over on DLF. In Dynasty, there are certain players that tend to hold more uncertainty or are more divisive than others. The Top 50 Series takes a deep dive into the player’s career performance to date as well as his dynasty outlook for 2021 and beyond. We continue the Top 50 Series with Los Angeles Chargers’ WR Keenan Allen

California WR Keenan Allen was selected by the San Diego Chargers with the 76th overall selection of the 2013 NFL Draft. With the pick, the Chargers made Allen the seventh WR selected.

Allen spent three seasons at Cal, appearing in 33 games. In his 33 games as a Golden Bear, Allen totaled 205 receptions for 2,570 yards and he scored 17 touchdowns. His best season came in his 2011 sophomore season, a season in which he caught 98 passes for 1,343 yards and six scores. Keenan Allen suffered a PCL sprain in his knee in 2012 and only appeared in 9 games. He still managed to catch 61 passes for 737 yards and 6 touchdowns.

Allen has played for the Chargers organization for the past eight seasons, and in those 8 seasons Allen has appeared in 100 of a possible 128 games. In the past four seasons, Allen has missed a total of two games. In his first four seasons he missed 26 games and carried the dreaded “injury prone” label. In 2015, Allen suffered a lacerated kidney costing him half his season and tore his ACL in Week 1 of the 2016 season. ACL tears happen and a lacerated kidney is about the strangest injury I can remember on the football field. Neither of these injuries make Keenan Allen an injury prone WR.

I see no reason barring injury that Allen won’t once again flirt with a top-12 season. He is the No.1 WR on his team, a team led by one of the games best young QBs in Justin Herbert. The Chargers threw the 5th most passes a season ago and Allen was targeted on 147 of the team’s 627 attempts (23%). He remains a the top target in an offense that has a new head coach and an offensive coordinator (Joe Lombardi) that likely throws more than the offenses led by Anthony Lynn.

Past 2021, as Allen approaches his 30s, I wouldn’t expect his productivity to decline at a rapid rate. He will decline, after all father time is undefeated, but Allen displays all the attributes of another WR that excels into his 30s. He’s a superb route runner with great hands and has a top level QB feeding him.

Keenan Allen is quite possibly the most under appreciated WR asset in PPR formats.

I currently have him ranked 45th, and as I research and write this article I realize I am part of the problem as to why he is so unappreciated. Keenan Allen is my 20th ranked WR, and the RotoHeat consensus rankings has Allen ranked 42nd.

The DLF ADP of 45th is a too low, even though this is where I have Allen as well. He needs to be higher and as you read this I am likely moving him up in my rankings. If you have yet to complete your rookie draft and are looking to move some draft picks for Allen in an attempt to go for it this season, I would recommend it.

His value screams buy. I would be very comfortable moving a late round 2021 first round pick to acquire Allen if I was a contender. In some situations you may be able to make this trade for a second rounder. Just remind those that you are trying to deal with that he is 29 years old.