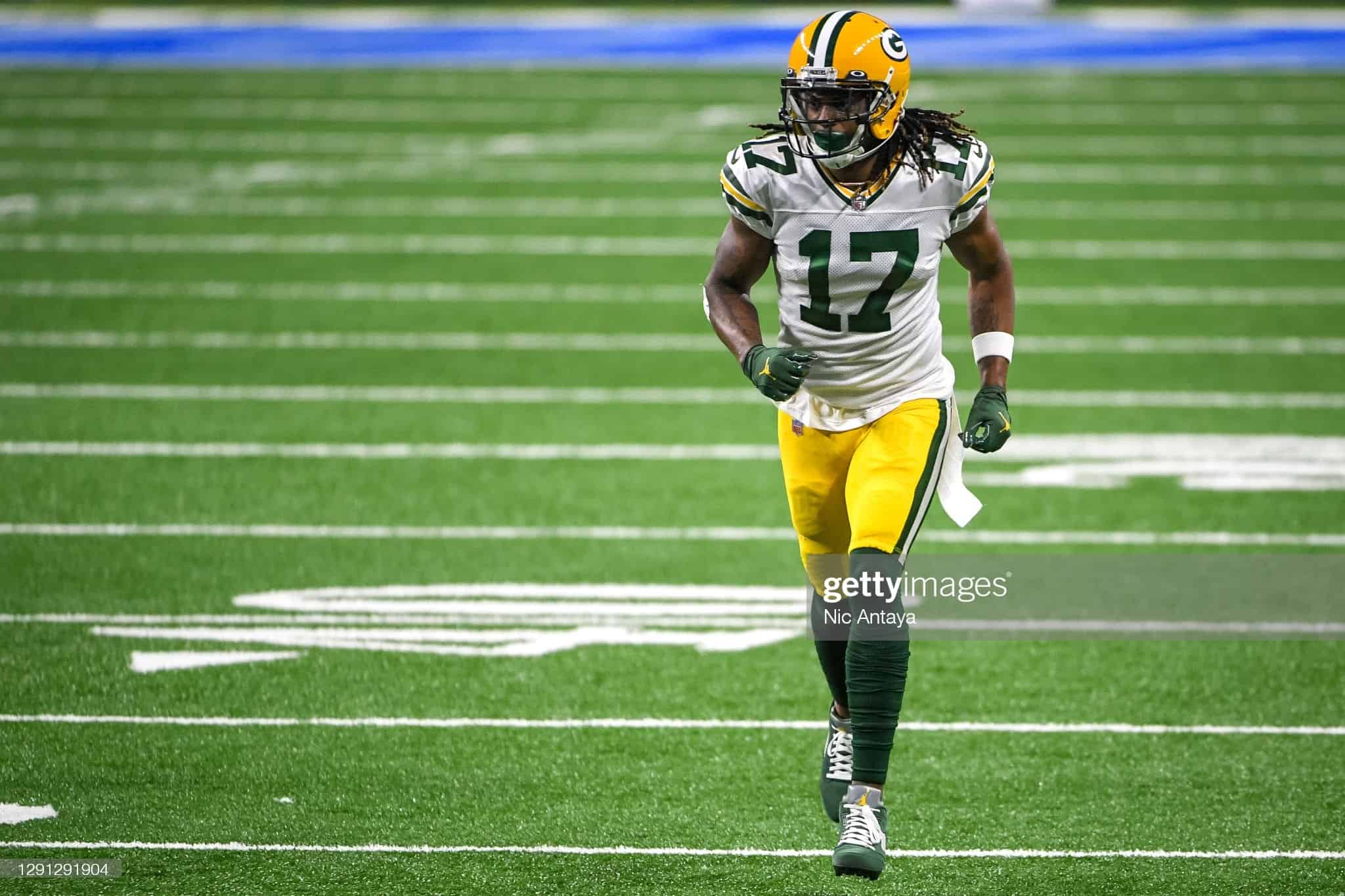 Fresno State WR Davante Adams was selected by the Green Bay Packers in the second round (53rd overall) in the 2014 NFL Draft. With the pick, the Packers made Adams the 9th wide receiver selected in the draft. The 2014 wide receiver class is widely considered one of the best wide receiver classes in recent memory.

Adams spent three seasons at Fresno State, and in his 26 games with the Bulldogs, totaled 3,031 yards and scored 38 touchdowns on his 233 receptions. Adams redshirted in his true freshman year, and in the 2012 season, he had 102 receptions for 1,312 yards and 14 touchdowns. All three led the Mountain West Conference. He also was the conference’s Freshman of the Year and a freshman All-American.

Adams entered his rookie season as the third WR on the Packers behind Jordy Nelson and Randall Cobb. Nelson and Cobb led the way for Green Bay in 2014 with 151 and 127 targets respectively. Adams as a rookie finished with 66 targets, 38 receptions, 446 yards and 3 touchdowns. His best game of the season came in Week 13 win over New England. Adams turned his 11 targets into 6 catches for 121 yards. He finished the season as WR74 with 100.6 PPR points. Jordy Nelson and Randall Cobb finished as WR3 and WR8.

After Jordy Nelson was lost for the season due to a preseason torn ACL, Adams moved up the depth chart to No. 2 behind Cobb. Unfortunately for Davante Adams, he suffered an ankle injury in Week 2 that kept him out of the lineup until Week 7. Despite the injury, Adams did set his career highs in targets (94), receptions (50), and yards (483). He finished his sophomore season as WR66 with 106.3 points.

Adams broke out in 2016, finishing with 121 targets, 75 catches, 997 yards and 12 touchdowns. Adams finished the season as WR9 in PPR scoring with 246.7 PPR points. For the second time in three seasons the Packers had two wide receivers in the top-9. In 2016, it was Adams joining Jordy Nelson who finished 2nd.

Adams continued to produce like a top fantasy wide receiver in 2017-2019. Adams averaged 130 targets, 89 receptions, 1,089 yards and 9 touchdowns a season in an average of 14 games played. He finished as WR14, WR2, and WR23 in those three campaigns. In 2018, Jordy Nelson was released, and in 2019 Randall Cobb was signed by the Dallas Cowboys. During these three seasons, Davante Adams solidified himself as the No.1 WR for Aaron Rodgers and the Green Bay Packers.

During the 2020 season, Davante Adams was a force to be reckoned with. Adams finished his season second in receptions, fourth in yards, and first in touchdowns, all despite missing two games due to injury. With 358.4 PPR points, Adams finished as the top WR in fantasy. His 18 touchdowns were the most by a receiver since Randy Moss had 23 in 2007 and tied a Packers team record. His 115 receptions were a career high and new Green Bay record.

When healthy, Davante Adams is the best wide receiver in the game today. His footwork at the line of scrimmage is electric allowing Adams to gain separation on the defender before that defender even takes a step. Under normal circumstances, Davante Adams would likely be my top ranked WR despite his age. The situation in Green Bay, however, is anything but normal.

It’s difficult to project any member of the Green Bay Packers this offseason without taking into account the current drama surrounding Aaron Rodgers. There have been rumors since the night of the NFL draft about a growing unease between Rodgers and the Packers which could lead to a trade that sends Rodgers elsewhere. It’s an obvious statement that the Green Bay Packers and their offense are much better off with Rodgers under center.

When it comes to Davante Adams without Aaron Rodgers, we do have a sample size of data to pull from. During the Week 6 matchup with Minnesota in 2017, Aaron Rodgers suffered a a shoulder injury, that kept him out until Week 15. In the seven games without Rodgers, Adams posted 41 receptions for 489 yards and 4 touchdowns on 61 targets. Adams scored 113.9 points in those seven contests–13th best among wide receivers.

When projecting Adams 2021 totals, and ultimately his ranking, the uncertainty at QB in Green Bay has to be baked into them. In the end, there are some wide receivers in this game that are great regardless of the man under center in their offense. Adams is clearly a better receiver for fantasy with Aaron Rodgers as his QB, but he won’t fall as far as one might initially think without him.

As for Adams beyond 2021, the same variables apply–who his QB is matters and where he plays matters as well. Adams signed a four year, $58 million contract extension with the Packers back in 2017. That contract comes to an end at the conclusion of the 2021 season. If Aaron Rodgers is the Packers QB in 2021 and beyond, I like the chances of Adams re-signing with Green Bay. If Rodgers is not in GB, then the only thing keeping Adams there post 2021 is likely the Franchise Tag.

I currently have Davante Adams ranked ranked 9th, and he is my 4th ranked WR in my 1QB start-up PPR rankings. The RotoHeat consensus rankings has Adams one spot higher at 8. Both the DLF ADP of 12 and the rank of WR5 are in range with where I have Adams currently. I tend to value the WR more than the RB in dynasty thus my higher ranking.

If you are looking to bolster your roster and wish to buy Davante Adams, you are likely going to have a difficult time. The same reasons apply to his trade value as do his 2021 projections. Adams is worth more playing with Rodgers than without, and everyone knows this including the fantasy manager you are trying to deal with. Setting the price at the moment is like kicking a field goal with the uprights moving.

Adams, regardless of his current predicament, is the type of asset that you should be prepared to pay up for. If you are simply looking to move picks for him it will require several, unless one is the 2021 1.01. Simply put, Adams is worth the top pick in 1QB formats especially if you are a contending team. If you are looking to the future and 2020 selections, I suggest that the price of two first round selections, preferably with one being in the top half of the first round will be required.