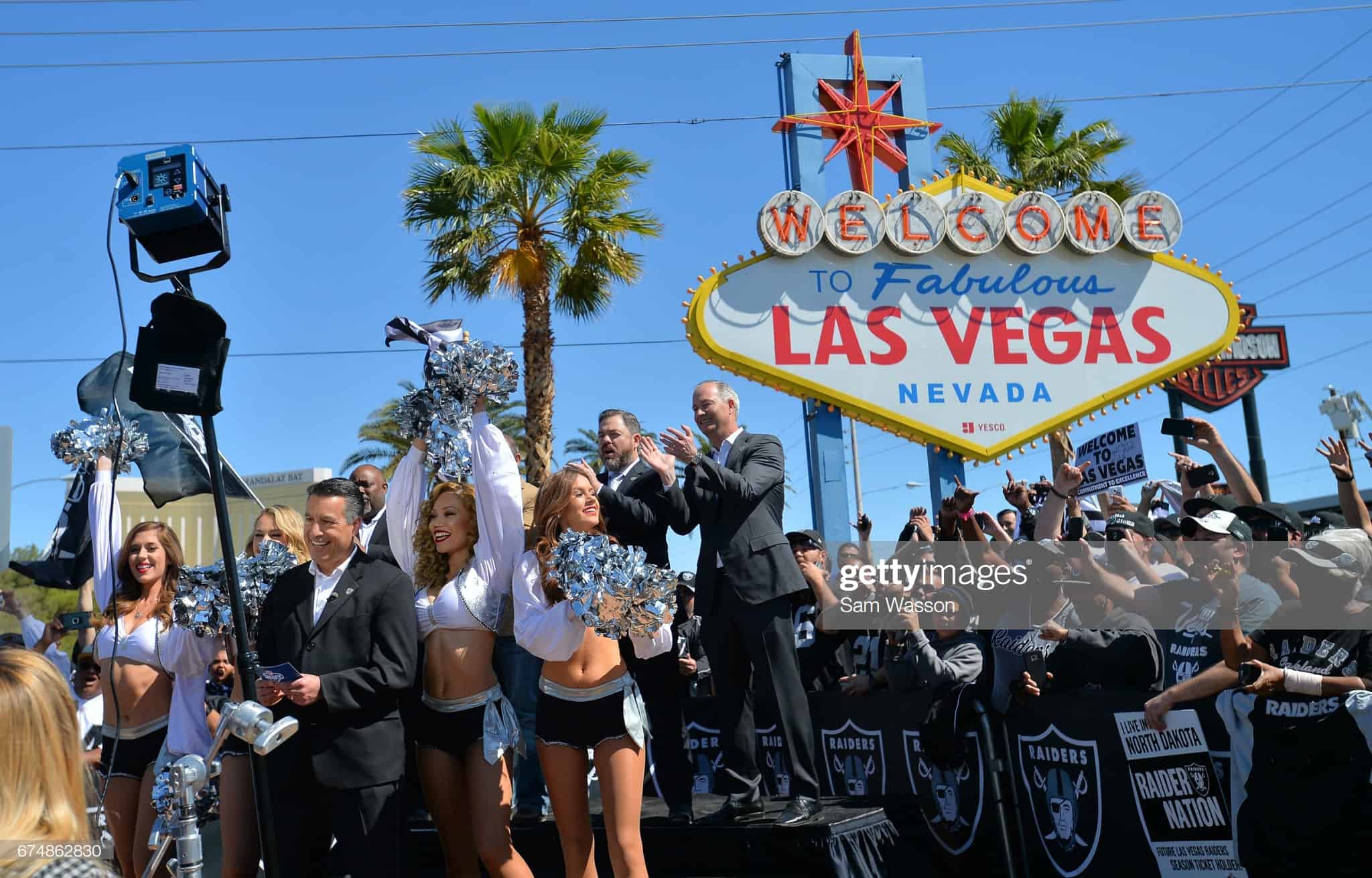 As we move into the scouting combine (and have posted quite a bit of rookie content here at our 2020 Rookie Database) I thought I’d throw out my “Way Too Early Top 10 Rookie Wide Receivers”. The 2020 rookie class continues to be very fun to watch and I think it’s deep at the WR position with plenty of talent that could start year one.

First up on my top 10 rookie wide receivers is:

INDIANAPOLIS, IN – FEBRUARY 25: Jerry Jeudy #WO29 of the Alabama Crimson Tide speaks to the media at the Indiana Convention Center on February 25, 2020 in Indianapolis, Indiana. (Photo by Michael Hickey/Getty Images) *** Local Capture *** Jerry Jeudy

A recurring theme you will see with the RotoHeat community is the love for receivers that are good route runners, and Jeudy has that ability in spades. This is why he tops my ‘Top 10 Rookie Wide Receivers’ list. He is a hard worker who will be the next in line of great Alabama receivers in the NFL (along with the other name from ‘Bama on this list). He can make a big play any time, has great cutting ability, and can juke defenders out of their cleats. He can run crisp routes and lineup anywhere along the formation. I think he’s a cleaner prospect coming out then Calvin Ridley was.

INDIANAPOLIS, IN – FEBRUARY 25: Oklahoma wide receiver Ceedee Lamb answers questions from the media during the NFL Scouting Combine on February 25, 2020 at the Indiana Convention Center in Indianapolis, IN. (Photo by Zach Bolinger/Icon Sportswire via Getty Images)

Next up on my ‘Top 10 Rookie Wide Receivers’ list is CeeDee Lamb. He is probably more like 1B to Jeudy’s 1A, as they are both immensely talented and arguably the top receiver(s) in their class. He’s not afraid to block, and he’s a big play threat that can make defenders miss in the open field. We saw him break tackles and fight for more yards which is a plus, and can play any of the receiver roles. All this should make him one of the top 3 WR’s in this draft class. My only concern is that I saw was if the play wasn’t designed to be on his side of the field, he seemed almost like to take the play off or not go full speed. This could, however, be because of who they were playing and the score at the time.

INDIANAPOLIS, IN – FEBRUARY 25: Tee Higgins #WO21 of the Clemson Tigers speaks to the media at the Indiana Convention Center on February 25, 2020 in Indianapolis, Indiana. (Photo by Michael Hickey/Getty Images) *** Local Capture *** Tee Higgins

I like Higgins almost as much as I liked Mike Williams coming out a few years ago–great WR body frame, great hands, and does great in the end zone and doing the fade. I loved watching him against South Carolina as big play threat on every play. He has great body control and great use of hands to beat press man coverages. My only big question is his route tree. He seemed to run a lot of the same routes. So is it scheme-related or player related?

INDIANAPOLIS, IN – FEBRUARY 25: Justin Jefferson #WO26 of the LSU Tigers speaks to the media at the Indiana Convention Center on February 25, 2020 in Indianapolis, Indiana. (Photo by Michael Hickey/Getty Images) *** Local Capture *** Justin Jefferson

Jefferson’s got a lot to like about his game from being a willing blocker to having good hands and route running. LSU often had him closer to the line, almost like they have him in the big slot WR role, but has better athletic ability. A long strider like a gazelle, he has solid speed and the combine can be a big help or hurt for Jefferson’s NFL Draft Stock. This is why he is one of my top 10 rookie wide receivers.

INDIANAPOLIS, IN – FEBRUARY 25: Alabama wide receiver Henry Ruggs III answers questions from the media during the NFL Scouting Combine on February 25, 2020 at the Indiana Convention Center in Indianapolis, IN. (Photo by Zach Bolinger/Icon Sportswire via Getty Images)

I like that he’s willing to block, and he doesn’t shy away from contact. That makes for a tough kid. At 6’0” 190 lbs with game changing speed, he should be highly desirable in this draft class, but probably won’t be the top WR off the board. I don’t see him having to make a ton of contested catches, but he does good job using hands to catch the ball. He will probably be a 1st round rookie pick if I had to guess and should have a nice career.

LOS ANGELES, CA – NOVEMBER 23: Wide receiver Michael Pittman Jr. #6 of the USC Trojans catches a pass and runs for yardage against he UCLA Bruins in the first half of a NCAA football game at the Los Angeles Memorial Coliseum on Saturday, November 23, 2019 in Los Angeles, California. (Photo by Keith Birmingham/MediaNews Group/Pasadena Star-News via Getty Images)

Michael Pittman Junior makes my ‘Top 10 Rookie Wide Receivers’ list because I like that he high points the ball and has good size. He also has what looks like decent but not exceptional speed. He is a hands catcher who doesn’t wait for the ball to get to his body, which is nice. I normally don’t like USC receivers, but he’s better than most I’ve seen. He’s a decent route runner, but nothing to get super excited about and probably a day two pick that could develop nicely. I like his team first attitude even when playing in a meaningless bowl game. The fact that it was important to him as a captain at USC shows a nice leadership quality that should help him at the next level.

BOULDER, COLORADO – NOVEMBER 23: Laviska Shenault Jr. #2 of the Colorado Buffaloes carries the ball against the Washington Huskies in the first quarter at Folsom Field on November 23, 2019 in Boulder, Colorado. (Photo by Matthew Stockman/Getty Images)

Shenault will probably be higher than I have him, though Colorado’s offense didn’t do him any favors. I saw him moved all over the formation and saw a lot of crossing routes that were short/medium (which isn’t a sign of his skills but rather inability of the team). He appears to be able to beat corners deep (see Oregon and Nebraska in 2019). He seems to have enough talent to be a 2nd round NFL pick, and I think I’d love to see him as a big slot receiver with his toolset. If he went to a team like New Orleans, that’d be amazing.

INDIANAPOLIS, IN – FEBRUARY 25: Texas Christian wide receiver Jalen Reagor answers questions from the media during the NFL Scouting Combine on February 25, 2020 at the Indiana Convention Center in Indianapolis, IN. (Photo by Zach Bolinger/Icon Sportswire via Getty Images)

If you love Reagor, then you aren’t alone. Our fearless leader, Rick Butts has him second on his top 10 Rookie wide receivers list! I think he’s a dynamic kid with the ball in his hands, has good ability to cut, and will go up to get the ball, though it was partially a necessity with shaky QB play at TCU. He’s a tough kid who plays through pain well (see 19 vs OK State). One tough thing for me is you see him make big plays, but also see suspect hands at times; for example against West Virgina when taking a big hit and coughing up the ball. He will probably run in the low 4.4’s or high 4.3’s, but NFL teams will see a dynamic #3/4 WR and return man at the next level.

INDIANAPOLIS, IN – FEBRUARY 25: Michigan wide receiver Donovan Peoples-Jones answers questions from the media during the NFL Scouting Combine on February 25, 2020 at the Indiana Convention Center in Indianapolis, IN. (Photo by Zach Bolinger/Icon Sportswire via Getty Images)

As a Michigan fan, I wanted so much for the combo of DPJ and Tarik Black but did not expect the offense to fail at getting them the ball. Unfortunately for DPJ, the anemic offense will hurt his draft stock unless he blows people away during the combine and the rest of the draft process.

FORT WORTH, TX – OCTOBER 26: Texas Longhorns wide receiver Devin Duvernay (6) catches a pass and turns upfield during the game between the TCU Horned Frogs and the Texas Longhorns on October 26, 2019 at Amon G. Carter Stadium in Fort Worth, Texas. (Photo by Matthew Pearce/Icon Sportswire via Getty Images)

First up on my ‘Top 10 Rookie Wide Receivers’ list is Devin Duvernay. He looks like a RB at 5’11” 210 lbs. He’s a solid kid but has nice breakaway speed to his game. He has good field awareness and can toe-tap in the back of the endzone, but he’s also not afraid to take on defenders. I could easily see him in a Julian Edelman type role where he’s all over the field. He is like a mini Steve Smith that played for a Texas team that didn’t have him do a ton of different routes. I like him as a sneaky sleeper pick that I can stash on my taxi squad and see if he develops.

Revisiting the 2020 Rookie Class Part I