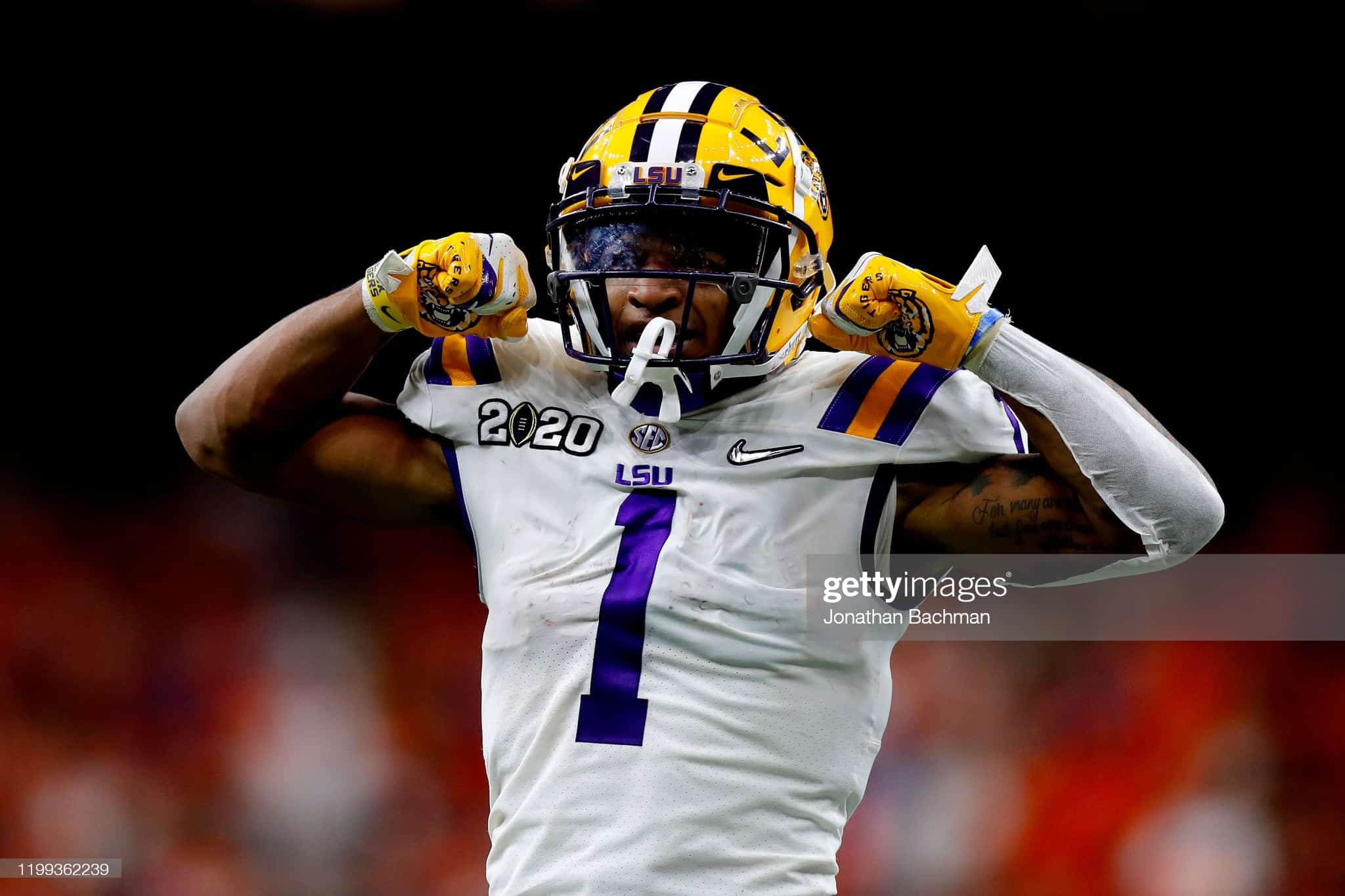 Drafting rookies in dynasty leagues is like Christmas day and you get to open that wrapped present under the tree you’ve been shaking, rattling, wondering what’s inside. At RotoHeat we strive to help you make an informative decision when its your turn to click that DRAFT button. Here’s a peek of the Top 10 Dynasty Rookie assets for the 2021 NFL draft. For a more in depth analysis head over to rookiedraftguide.com

Ja’Marr is an elite playmaker who is used in the slot and outside. He is a crisp route runner who understands how to get open using great footwork and fights off press coverage with excellent hand technique. A fierce competitor, Chase plucks the ball out of the air in stride, and wins 50-50 balls. He is also a YAC monster who makes people miss while breaking tackles. What impressed me most is how acrobatic he is at getting vertical and beating defenders in his face to come down with the ball.

Chase should excel with a team that likes to air the ball out and throw downfield, so landing spot is important to me. Projected as a true WR1 for his future NFL team, Chase should be treated as such for us dynasty players.

Kyle’s projected to be an early NFL draft pick, and may be a surprise to some that he’s this high on my list. Call me crazy but I’m even willing to slot him into my top 5 overall dynasty TE rankings and he hasn’t even played a snap yet. Pitts is that dude. It’s not often that a “set it and forget it” type TE with the skill set he has comes into the league. Travis Kelce is the Konomi Code player at his position, and I think Kyle has this potential for many years to come.

2020 Heisman winner checked all the boxes to finish his college career helping his team win a National Championship. Playing in the shadows of a very talented receiver room at Alabama, he had to wait his turn and he delivered in a big way. Devonta burst up the rankings of NFL scouts and dynasty players. Now in the discussion for best WR in this class, many question his size. I expect Smith to gain 10-15 lbs of muscle as he transitions into the NFL. He is very humble, has a strong work ethic, and already carries himself as a professional.

These traits give me all of the confidence he will be successful at the next level. Smith will be one of the first WRs off the board and should get plenty of opportunity to make plays for whoever gets him.

Injury derailed the potential of a WR1 season that eventually paved the way for Devonta Smith to jump him in my rankings. Nevertheless, it’s hard to deny the potential Jaylen has. He is an explosive, speedy playmaker that is versatile to be a game changer as a receiver and kick returner. Waddle should be a top 15 pick in the NFL draft, and could easily be the first WR off the board despite being injured to finish his college career. He draws comparisons to a Tyreek Hill-type potential player. Don’t pass on the value if he falls in your rookie drafts.

Harris is a prototypical three-down NFL running back. He’s a physically strong-sized specimen that’s elusive with pass-catching ability, sure to be a factor for the team that drafts him. Najee is my RB1 in this draft and should have an impact in fantasy right away.

Etienne runs with great burst and speed with the ability to hit a home run anytime he touches the ball. He catches passes out of the backfield, runs good routes, and is a capable pass blocker which should keep him on the field for all situations. he’s my RB2 of this class and will produce fantasy points on the ground and through the air, making him a valuable asset to covet.

Moore is a versatile, explosive, speedy playmaker that can change games single-handedly. Some question his size, but this kid squats 600lbs! Overall, his ability to stay healthy and his small stature is the only thing I see causing him to fall in the NFL draft. My comp for him is Steve Smith. With such high praise, I’m very excited to watch this electric WR at the next level and expect him to reward fantasy owners who draft him.

A physically gifted, big-bodied WR that can excel in the slot and outside with ability to succeed at all levels of the field, Marshall should become a primary alpha target for the team that drafts him. He is my dark horse receiver of this draft and I am looking to acquire him any way possible.

Toney is a dynamic playmaker with elite track running speed. He’s featured as a slot receiver, but his route tree is limited. Regardless of this, the key is to get the ball into his hands and good things will happen. He has the potential to be an elite weapon at the next level.

Climbing the ranks on draft boards everywhere, Williams is a complete player with all of the intangibles that NFL teams look for. I expect Javonte to become a featured back with the potential to be the best in this class.

Thank you for reading Top 10 Dynasty Rookies in 2021

Dynasty Battles: Laviska Shenault or Henry Ruggs in 2021 and Beyond?

Dynasty Battles: Terry McLaurin or Chris Godwin in 2021 and Beyond?

Add
Go to mobile version
Enable Notifications    OK No thanks