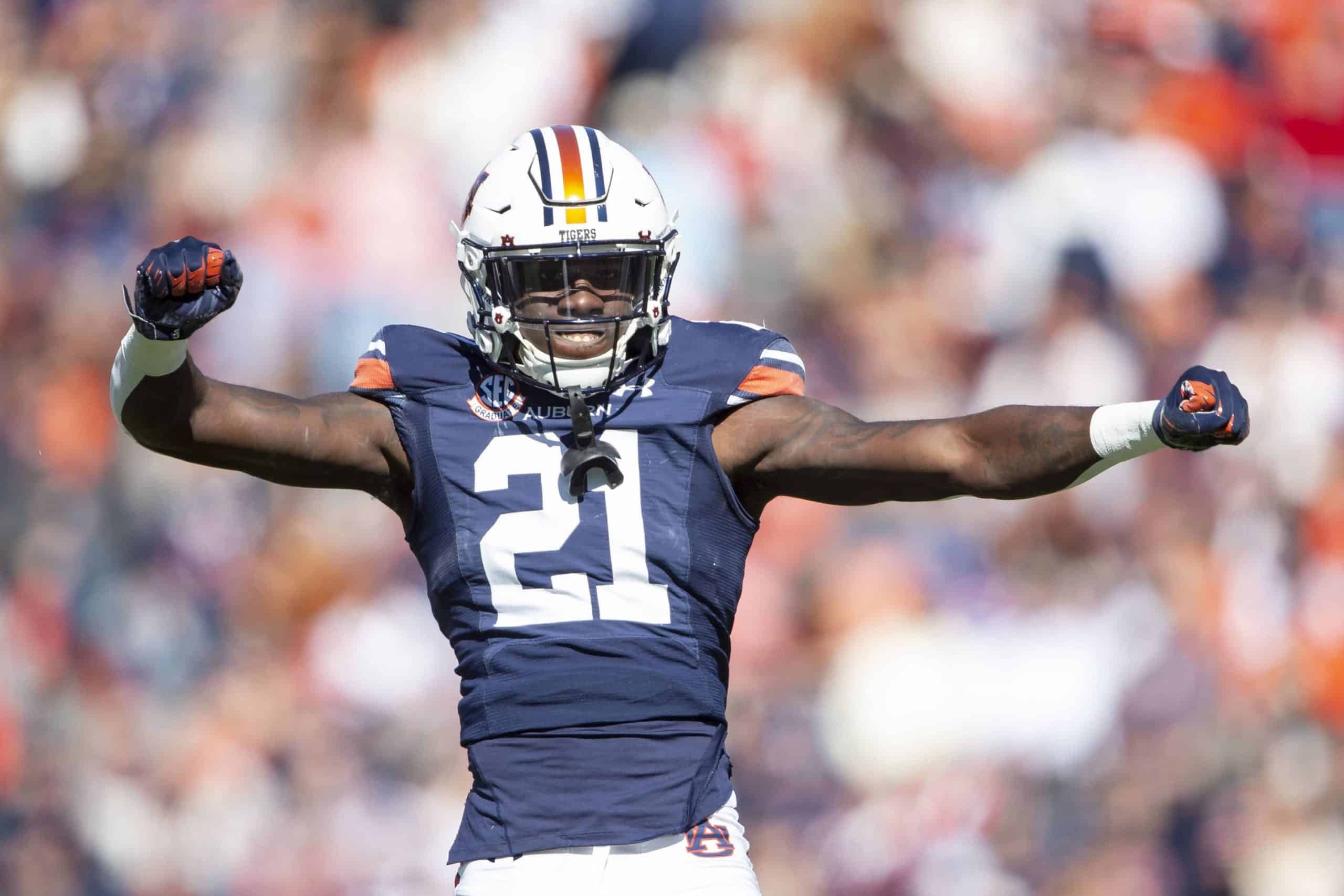 Undrafted Free Agent talk already!? Yes you may think it is crazy, but as soon as the draft is over the process continues for those players not drafted. While most will not make a team’s main roster there are always gems to be found. Wes Welker, Drew Pearson, Brian Waters, Nate Newton, Adam Vinatieri, Priest Holmes, Rod Smith, James Harrison, Tony Romo, Antonio Gates, Warren Moon, John Randle, Kurt Warner. They all went undrafted yet went on to have huge NFL careers.

A lot will change over the next four months, but with what we know right now these are (in no particular order) my top 10 2022 UDFA IDP signings.

One of the best names out there didn’t get drafted, but he does go to a team where he can get a roster spot as a reserve. Has the right attitude for the NFL on defense and special teams and always has high effort. Great in run support, but has coverage limitations that may keep him from being a starter and/or three down player going forward. Tyrann Mathieu and Marcus Maye are the current starting safeties, and neither are likely long term starters when looking 3-4 years out.

Bubba has the size and skillset you want in an NFL safety, but his injury history and off-the-field issues played a role in his falling out of the draft. Going to Seattle where he can he can learn from Jamal Adams and Quandre Diggs. Back-up Ryan Neal is a free agent after this year, and beyond him and 2019 2nd round pick Marquise Blair they do not have much for safety. If he takes to playing special teams with the headiness he did safety in college, he has a real shot to stick around.

A former safety who is small for a linebacker (5’11”, 226 lbs), Nephi goes to a team in need of figuring out their linebacking corps. Demario Davis is 33 this year, 2021 2nd round pick Pete Werner looked good at the end of last year, and 2020 3rd round pick Zack Baun has not show much at all thus far. Beyond them there is 2022 5th round pick D’Marco Jackson, 2019 7th round pick Kaden Elliss and a bunch of undrafted and street free agents. Sewell will have his work cut-out for him, but like many of these players, positional flexibility and quality play in coverage can help him make the team.

Undersized at 6’1″, 228lbs, Jojo started out at safety in college before switching to linebacker. Seemingly always in the right spot, always gives a high effort and does not back down. He does have speed limitations which combined with his size had him fall, but the positional flexibility will help and I can easily see him making the team via special teams. He could eventually could carve out as a starter or consistent sub-package player. The Colts do not have a ton of depth with NFL experience so I do like the landing spot.

The Bears only have Roquan Smith and Nicholas Morrow that have any real fantasy value in the past. Behind them they have a bunch of low risk free agents and undrafted free agents. The are remaking their defense and linebacking corps in their switch back to base 4-3 defense. Sanborn is a smart, technically sound, high effort linebacker who is much better against the run than in pass coverage. He can easily make the team via special teams contributions and end up as first two downs linebacker.

A high effort, smart safety with great size who really showed out his last year of college at Florida A&M. He isn’t as smooth in coverage as you want, needs to wrap-up better, and not bite on fakes, but the raw tools for an NFL contributor are there. The Cowboys do not have much invested at safety behind Jayron Kearse, Donovan Wilson, and Malik Hooker, so there is a path for Bell to make the team and contribute on special teams this year.

Yes he has an awesome name, but he also go $227,00 guaranteed money from the Vikings, which was top three in guaranteed money from UDFA at the time of this writing. He spent his last year in college at Wake Forest after being at Michigan before. Vilain will try to make the team as a backup edge player, and will have great ones to learn from in Danielle Hunter and Za’Darius Smith. Vilain needs to refine his skills, but has a great frame and physical skill set to build off of.

A big name recruit that never really panned out, and did not do a lot in general until his last year when he transferred to UCF from Auburn. He has prototypical size (which Dan Quinn wants) and is a sure tackler. He is not a great athlete, but has strength and explosion off the snap to still be an NFL player. The Cowboys do need defensive end depth, so there is shot he makes the team.

A high effort, smart, leader in college at North Carolina, Jeremiah has the mental make-up to succeed in the league. He was productive in college, but not amazing. I think he is likely to make a team as a special teams player that can earn playing time later on as a depth piece. The 49ers do need linebacker depth (Fred Warner, Dre Greenlaw, and Azeez Al-Shaair appear to be the only three with guaranteed roles), but his size and potential issues getting off of blocks could cause him issues.

Two of the presumed starters, Jayon Brown and Denzel Perryman, have one year left on their contracts. Back-ups Kyler Fackrell and Micah Kiser are journeymen at this point, but the Raiders need long-term solutions at linebacker beyond Divine Deablo (3rd round pick in 2021). Raiders linebacker coach Antonio Pierce was the defensive coordinator for Arizona State (where Butler played). Butler is a tough, instinctive player who does well in coverage. He is undersized, but definitely can make this team and work towards establishing a backup role on defense.