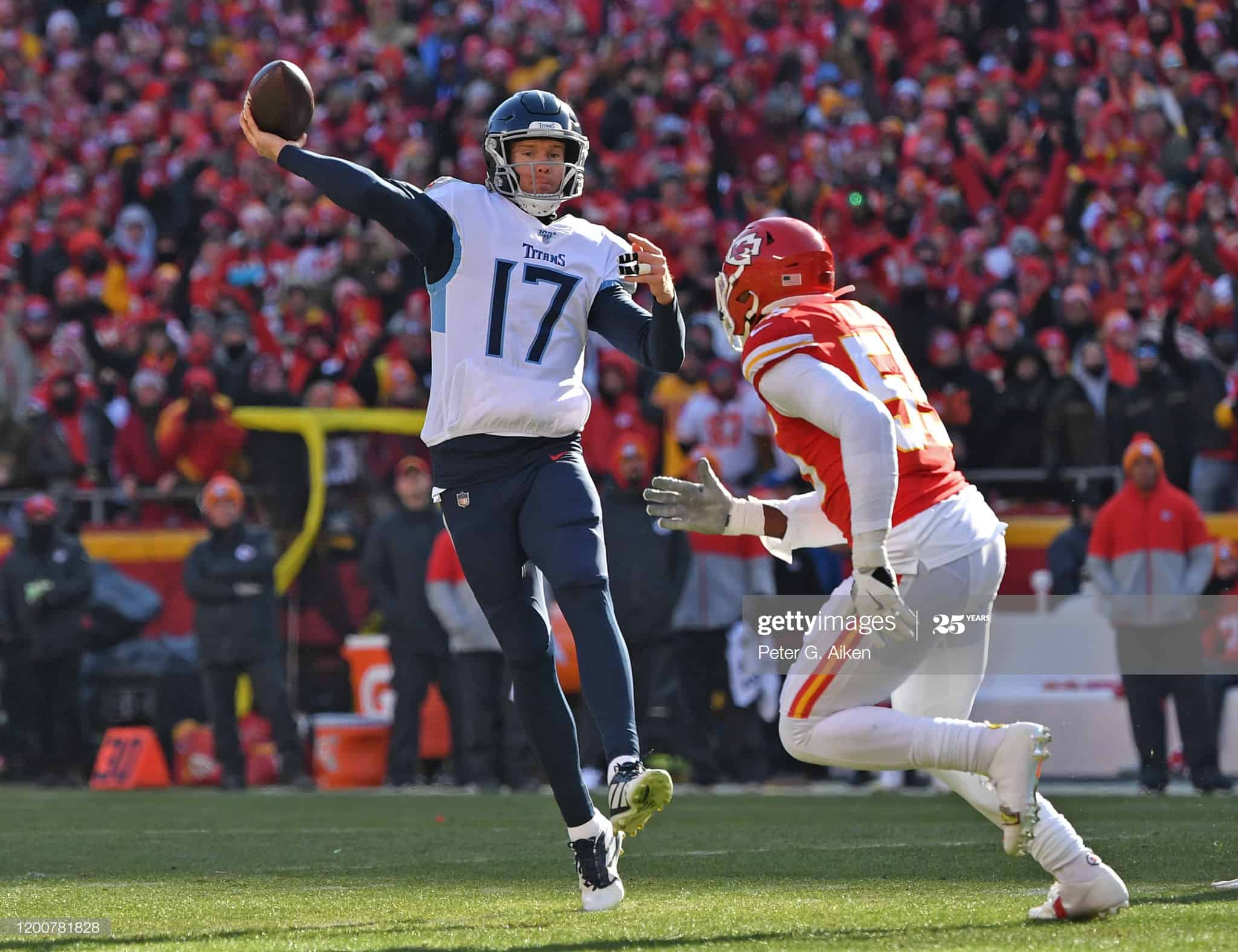 Ryann Tannehill is staying put, Ian Rappaport is reporting over on Twitter. NFLTradeRumors.co is reporting via Jeff Darlington, the deal is worth a maximum of $118 million, $91 million guaranteed and $61 million fully guaranteed. Tannehill, 31 was a former first round pick of the Miami Dolphins that was traded to Tennessee in 2019, and saw a career resurgence when he entered the starting lineup in replacement of Marcus Mariota.

Tannehill and other Titan’s Fantasy Value

From a fantasy perspective, Tannehill averaged over 20 fantasy points per week once he entered the starting lineup in week seven verses the Los Angeles Chargers. From a superflex perspective, he should be in the conversation for a back end QB1 or high end QB2 in 2020, and this means your AJ Brown and Jonnu Smith shares should hold nice value, because Tannehill loved them both in 2019. Derrick Henry may now be franchise tagged, if the Titans really plan to keep their top rusher from last season and if he is, consider him an RB1 this season for sure. The wildcard on the Titans offense would be former first round pick Corey Davis, as the talented wideout has yet to really breakout and I’m hard-pressed to think if they return all these starters he does much more than repeat his 2019 production.

Let me know what you think about the Tannehill extension over on Twitter, and keep it locked here to Rotoheat.com and see how this affects Tannehill’s ADP!