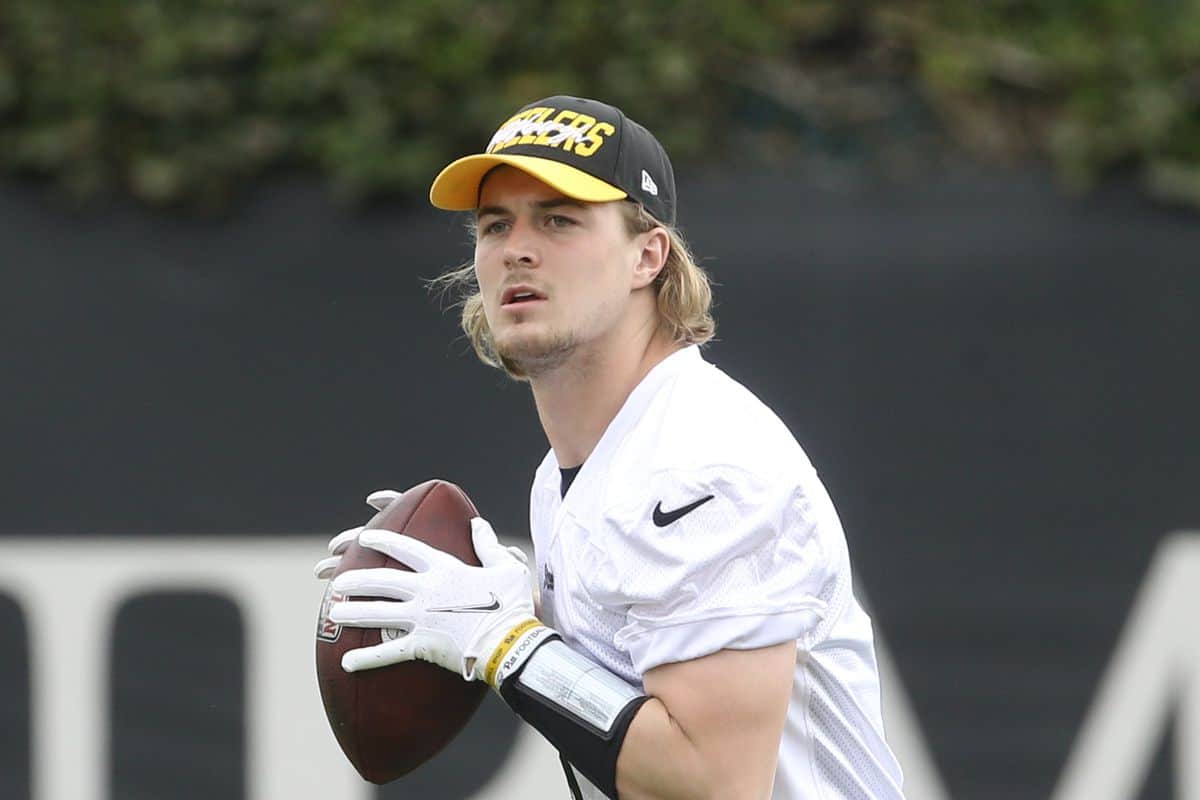 As the rookie draft season is in full swing, I wanted to go through one of my most recent Superflex rookie drafts, and give you some insights into where players are going, so you can be ready for your rookie drafts! If you want to see our rookie rankings, check them out here on RotoHeat!

Superflex Rookie Draft – Round One

At RotoHeat, we run many leagues with people in the community, this one you can check out here, and my team highlighted in red is rebuilding, and for me, I took the best player available, even though I needed QB help with only Zach Wilson & Daniel Jones on my team as of the start of the draft. What’s been fascinating about this draft is, in superflex drafts how the running backs are going in the top 5 in most of the drafts I’ve been a part of.

Round two saw more of a mixed bag of players, guys with potential to play significant time this year, as well as the other quarterbacks that could develop into starters at some point. With all the free agent moves this offseason, you could see a guy like David Bell play significant snaps for the Browns, with Amari Cooper as the clear #1 and Donovan Peoples-Jones and Anthony Schwartz the only competition for Bell at this time. I counted my blessings that Alec Pierce fell to the late 2nd, as he really should step into a starting role as soon as he gets to camp I’d expect.

After the second round of most of my drafts, it really becomes who do you think has potential to develop, and that really dictates what you’re seeing owners do with their picks. I went with guys drafted later, that have upside on their teams as I have little to no faith in Carson Wentz, and the packers wideout room is in transition, so a guy like Doubs could give a good return at some point.

As you can tell, it becomes extremely slim pickings at this point, I grabbed Derrick Henry’s backup, probably more so because I like the potential he brings, though it could be the Michigan bias in me making that pick. There are some intriguing sleepers hiding in this round, as Tennessee’s wide outs are in transition as well, so a guy like Philips could work his way into the rotation and the running backs could all get into a position to see snaps this year (though I don’t touch New England running backs anymore personally).

You see the timer expired again in round five, and I am seeing that in a few leagues as well, so be mindful in your drafts to tag the owners that are on the clock, and as an owner, keep an eye on things even if you check just once or twice a day, definitely will be smarter for you than missing out on a potential draft pick!

That being said, I went with Badie, more so because you never know if Baltimore has another injury bug to the running backs again I’d be sitting pretty. Typically for me, in the fifth round, I look for guys that I liked that either have favorable landing spots or players I could flip if need be. Guys to target in this round include Snoop Conner, as that Jacksonville backfield is mostly coming off an injury, Jerome Ford as Cleveland’s #3 back can have some fantasy upside and Okonkwo from Tennessee is an intriguing landing spot, with how that team receiving options look, he could maybe develop?

Thanks For Stopping by my Superflex Rookie Draft Article!

What do you think of this draft? You can always hit me up over on Twitter and we can talk about it! If you want to see who we do have in our rankings, they can be found here on RotoHeat! And don’t forget to pop over to our YouTube channel for fantasy content on everything from devy to IDP and everything in between. We also stream weekly and answer your questions live on air!!!