Home Redraft Start or Sit These Players on Thursday Night to Win Week 7... 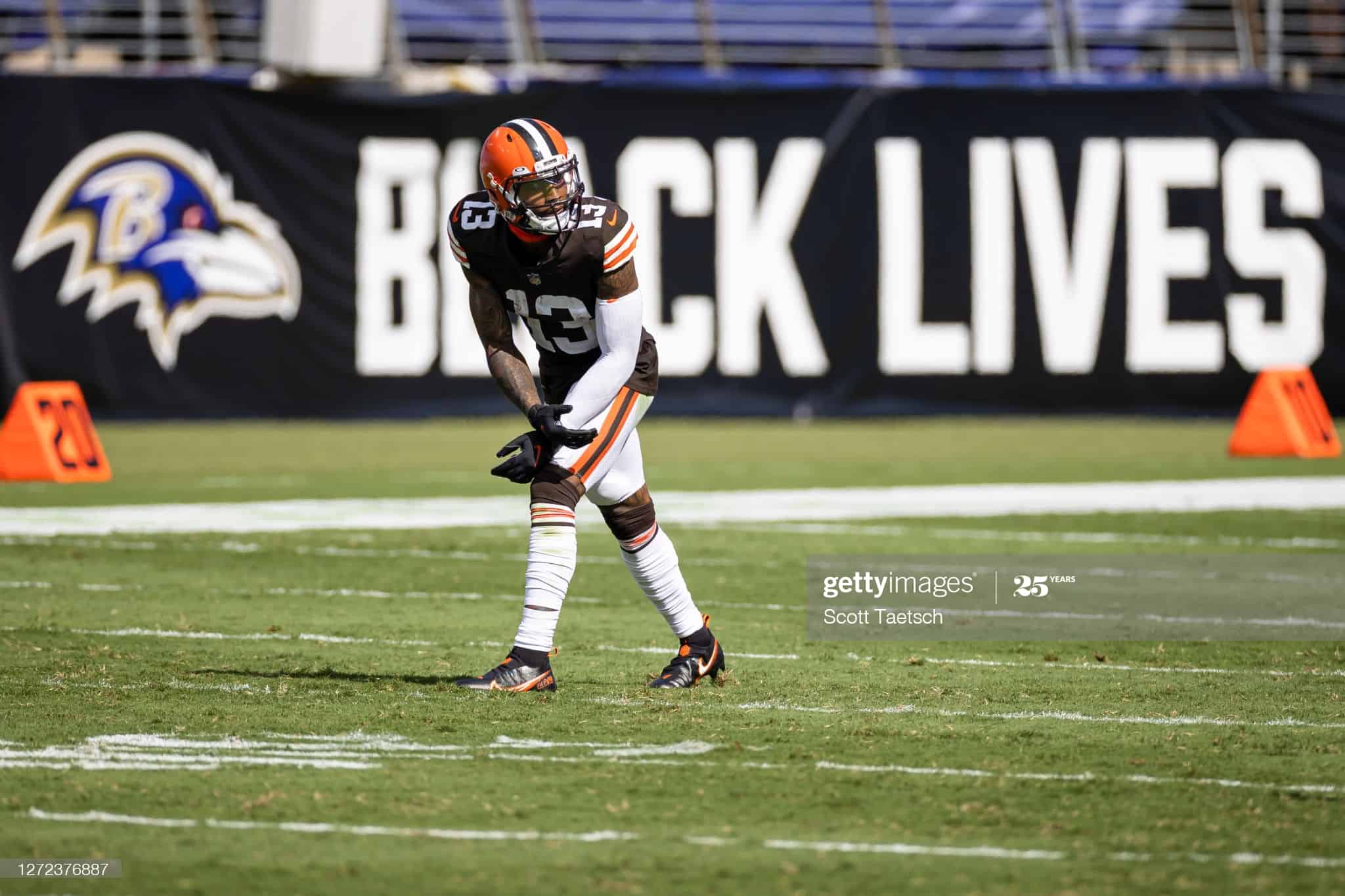 With out further ado, let’s get into Thursday’s matchup between the Denver Broncos and the Cleveland Browns.

Teddy Bridgewater won this job coming out of training camp and started off the season leading the Broncos to a 3-0 record. In those three games, Teddy was QB15, QB11, and QB26. Since the opening three game winning streak, Teddy has gone 0-3, suffered a concussion in Week 4, and finished QB34, QB16, and QB12.

This week is a tough one. As we will get into, the Cleveland Browns are beat up, and I don’t know what to expect from them. Regardless, I don’t expect Teddy to throw 49 times like he did last week. You need that type of volume from Teddy, who doesn’t run, to be a relevant fantasy QB. The ceiling isn’t high enough to make up with how low the floor is here. Sit Teddy this week.

As of Tuesday October 19, 2021, we do not know who the starting QB for Cleveland is going to be. It is possible that Baker Mayfield could play after getting a second opinion on his non-throwing shoulder. If he can’t go, it will be veteran QB Case Keenum under center. If it’s Baker, it’s an easy sit call for me, as he isn’t healthy and non-throwing shoulder or not, the pain is clearly impacting his ability to throw the ball. He looks mediocre at best recently. Case Keenum is also a sit, but if I had to choose between Keenum and Mayfield, I would prefer Case Keenum.

Through the first six weeks of the season, the Denver Broncos have done a very good job at splitting the workload in their backfield. Season to date, Melvin Gordon has 83 touches, and rookie RB Javonte Williams has 78. Fantasy wise, Gordon is sitting at RB18, averaging 11.7 PPR points a game, and Williams is RB35 averaging 9.5 points a game.

Both backs are producing as well. Gordon has averaged 4.7 yards per carry on his 70 rushes and Williams is averaging 4.6 on his 65 attempts. Gordon has caught 13 passes and Williams has caught 14. The Browns are the 4th best fantasy defense against the opposing RB, giving up 103.2 points to the position or 17.2 points per game. Gordon and Williams like to split everything, so let them split the 17.2 PPG. 8.6 PPR points on average is a flex type RB40-46 result. If you are desperate, start either, but I would prefer to sit them both.

Last season, Nick Chubb missed 4 games, and in those 4 games D’Ernest Johnson totaled 15 carries for 42 scoreless yards, and he added in 2 receptions for another 9 yards. Despite these underwhelming numbers, I would expect Johnson to be the lead back, with rookie Demetric Felton mixing in, and see the bulk of the work in the passing game. Felton has been somewhat relevant this season, primality lining up as a slot WR. Denver is currently the third best fantasy defense against the run. Sit both these backs on Thursday.

Start Courtland Sutton. If Jerry Jeudy is active in time for this one, start him as well. Sit Tim Patrick if Jeudy plays, and start him if Jeudy doesn’t. Got it? Through six games this season, teams are beating Cleveland through the air, but not on the ground. The Browns have allowed 1,119 passing yards and 9 touchdowns to opposing WRs this season.

I want Sutton in my lineup regardless of the situation he is in, sitting at WR19 season to date, so start him with confidence. I do not have the confidence in Teddy Bridgewater to be able to support three WRs, hence the decision to pick Jeudy over Patrick. Most of you won’t have the Jeudy vs. Patrick decision to make, and truth be told I see them both as flex plays–Jeudy with the higher ceiling and Patrick the higher floor.

As I mentioned earlier, the Browns as a bit of a mess this week, and the more I write, the more I think they might have to punt this one. They are beat up everywhere, and it’s a short week.

OBJ has a shoulder injury he suffered and played through last week. Jarvis Landry, like Jerry Jeudy, has the chance to be activated and play this week. Donovan Peoples-Jones played well last week, but his stat line was bolstered by a 75-yard hail marry reception. In a perfect world, I want to sit all Browns WRs in this one. We don’t know who the QB will be, and honestly we don’t know who the WRs will be either.

With all the talented WRs on bye this week, not to mention the impact injuries have had on your rosters, you may not have the luxury of sitting these assets. If all these WRs are active on Thursday, I am starting OBJ and Landry. If Landry or OBJ are out, I start DPJ. If Landry and OBJ are out, I am starting DPJ and Rashard Higgins. The only sit regardless of situation is Anthony Swartz.

Noah Fant is coming off a 24.7 PPR performance in Week 6–topping all TEs. He sits at TE7 on the season, averaging 12.6 points per game. The Cleveland Browns have been tough on teams’ TEs this season, currently sitting as the 6th best fantasy defense against the position. I am starting Noah Fant here. The reality is you drafted him to be you starting TE, so do just that and start him.

In addition to a banged up QB, two star RBs on the shelf, and both top WRs ailing, there are injuries along this team’s offensive line as well. Right tackle Jack Conklin and and left tackle Jedrick Wills sat out Sunday and will remain out this week. I would prefer to sit all Browns TEs this week as I expect them to stay in and block a lot more than run routes on Thursday. If I am ultra desperate for a TE with all the bye weeks, I would consider David Njoku, but I really prefer you sit them all.

Thank you for reading Start or Sit These Players on Thursday Night to Win Week 7 Fantasy.