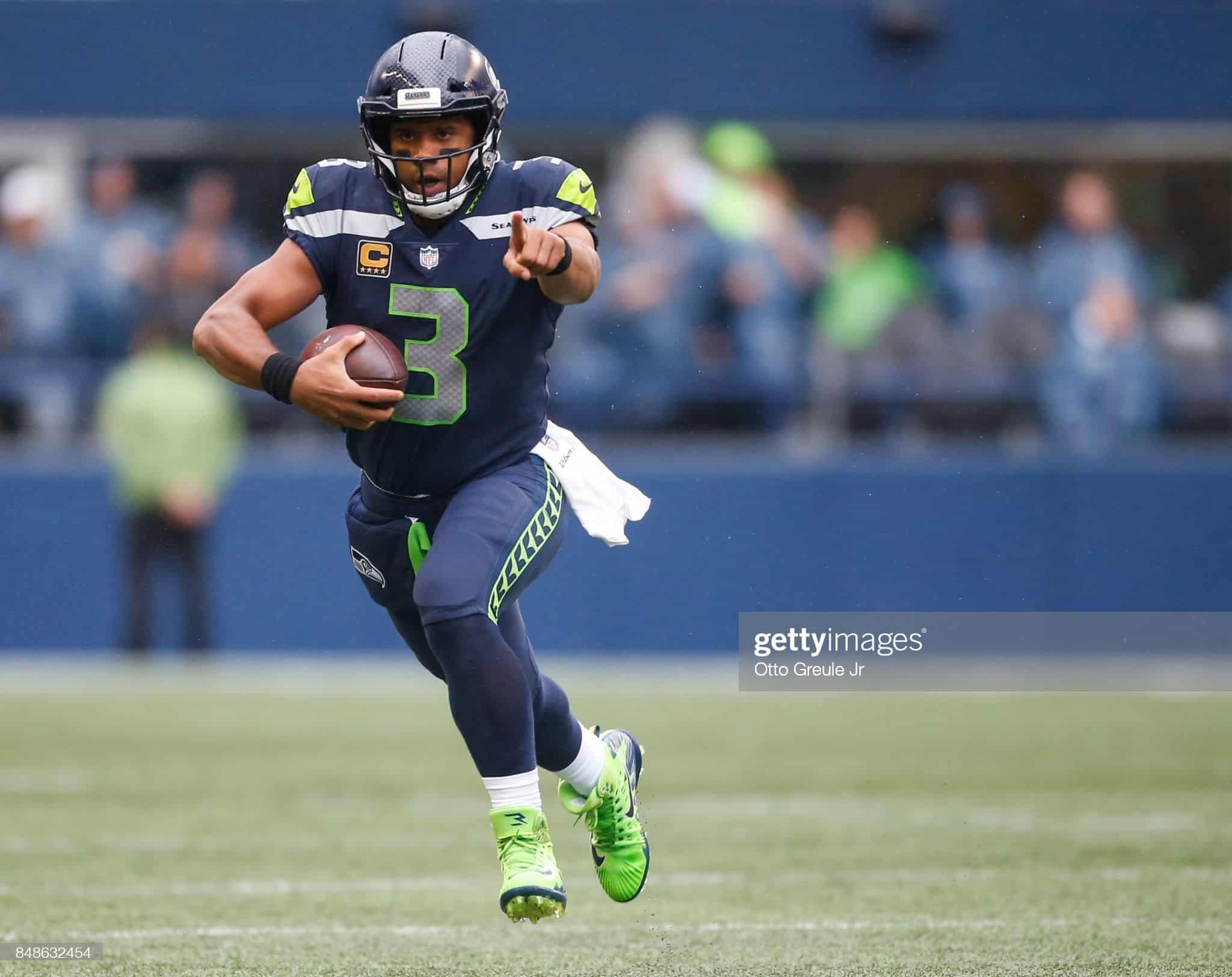 Welcome everyone to Week 14 of the 2021 fantasy football schedule. This week is either the last week of your regular season or the first week of the fantasy playoffs, depending one your league setup. I prefer that this be you league’s final regular season as we are still dealing with bye weeks.

When putting together your winning lineups, in addition to navigating injuries, you will have to do without players from the Indianapolis Colts, Miami Dolphins, New England Patriots, and Philadelphia Eagles. The good news is after Week 14, we are done with the bye weeks for the remainder of the season.

I am here to do what I can to help you find viable starters with my start/sit recommendations for the Sunday match-ups. The goal is to aid you in setting the best roster possible and to assist you with your tough decisions each week.

Each and every week this season, I will give you my “Start of the Week” along with two “Start” recommendations and two “Sit” recommendations at each skilled player position. So without further ado, let’s take the first step towards your Week 14 victory.

1. Start of the Week

Last week the “Start of the Week” was a solid. I selected Elijah Mitchell, RB from the San Francisco 49ers. Mitchell finished as RB13 with 17.4 PPR points and had he not been banged up late could have gone over 20 rather easily.

This week I am rolling with Javonte Williams. Clearly you have to start Williams if Melvin Gordon remains out in Week 14 against Detroit. Here is the thing, I am starting him regardless. Javonte should have put himself in the lead spot of this tandem when Gordon returns. I am looking for Williams to have a strong end to his season similar to rookies, JK Dobbins, Cam Akers, and Johnathan Taylor a year ago. Williams was awesome in Week 13 with 23 carries for 102 yards, as well as six catches for 76 yards and a touchdown on nine targets. He’s now scored at least 19 PPR points in each of his past two games. The Lions have allowed five running backs to score at least 17 PPR points in their past five games. Start him with confidence.

Fantasy managers are pretty happy with Matthew Stafford playing hurt over the past two games since he’s averaging 23.5 Fantasy points over that span, and hopefully he stays hot against the Cardinals. Stafford scored 20.30 Fantasy points against Arizona in Week 4, and he should be in that range again in the rematch. It’s a tough matchup since the Cardinals allow just 15.0 Fantasy points per game to opposing quarterbacks. Jimmy Garoppolo in Week 9 is the only quarterback since Stafford to score more than 19 points against Arizona. But I’ll take my chances with Stafford as a top-10 Fantasy QB in Week 14.

Russell Wilson is averaging 18.6 Fantasy points per game in his past two outings, and he appears to be getting comfortable with his injured finger. He played well in Week 13 against San Francisco, completing 30-of-37 passes for 231 yards, two touchdowns and one interception.. The Texans haven’t allowed a quarterback to score more than 12 Fantasy points since Week 8 because teams mostly run on them, but given Seattle’s lackluster run game, Wilson is worth trusting as a back end top-12 QB this week.

Joe Burrow has been struggling as a Fantasy quarterback of late, and now he’s dealing with a dislocated pinkie on his throwing hand. He comes into Week 14 having scored 18 Fantasy points or less in four games in a row, two if which were under 10 points. We’ll see if things change for Burrow this week against the 49ers, but it’s hard to trust him right now, especially since he’s not at 100 percent, and San Francisco has held five quarterbacks in a row to 16 Fantasy points or less.

Derek Carr scored 19.24 Fantasy points against the Chiefs in Week 10, and he’s capable of matching that total or even exceeding it this week in the rematch. Historically Arrowhead Stadium has been kryptonite for Derek Carr in his career. He was great there last season, (347 yards and 3 scores). Before that outing last year, in four career starts, he failed to top 225 yards, had 2 TD passes and 6 picks. This Chiefs defense is one fire recently. Expectation is Darren Waller is out further limiting Carr’s upside.

This looks like a breakout week for Saquon. He’s facing a Chargers defense that is second in the NFL in rushing yards allowed and ninth in most Fantasy points allowed to running backs. The Chargers have allowed six rushing touchdowns to running backs in their past five games and 15 rushing touchdowns to the position on the season. Barkley hasn’t scored a touchdown since Week 4, but he is healthy and he is overdue to score.

Foreman and Dontrell Hilliard are both worth using this week as starting options against the Jaguars. I would expect Foreman to lead the team in carries, but both should play a fair number of snaps. The last time we saw the Titans it was in Week 12 against the Patriots, and Foreman had 19 carries for 109 yards, as well as one catch for 3 yards on one target, with a lost fumble. Hilliard had 12 carries for 131 yards and a touchdown, along with one catch for 2 yards on two targets. I like Foreman slightly better as the bigger back in this matchup, and Jacksonville has allowed three running backs to score at least 12 PPR points in the past five games.

I would expect the Bills to roll with three backs again this week against Tampa Bay. Devin Singletary, Matt Breida and Zack Moss, all started last week after Zach Moss was a healthy scratch in Week 12. Two back or three backs, won’t impact Singletary’s value very much. He’s combined for 14 PPR points in his last three games, and it’s doubtful he’ll have much success against Tampa Bay’s tough run defense. If the Bills opt to throw to the running back I would anticipate that the bulk of that work goes to Matt Breida. At best, Singletary is just a flex option in deeper leagues this week.

Darrell Henderson may be active again in Week 14 against the Cardinals, but that’s not a guarantee, and its also not a guarantee he’ll play based on what transpired in Week 13. He is dealing with a thigh injury, and the Rams sat Henderson and gave the work to Sony Michel. The same thing could happen this week, or Michel just might be the lead back of this tandem moving forward. Hendo is going to be tough to trust this week, and as a result I will do my best not to.

Hollywood Brown has gone four games in a row without a touchdown, and he’s been held to 55 receiving yards or less in three straight. He’s still getting at least seven targets a week during his slump, which is encouraging, and he is due to break back out, and as a result you should continue to start him this week. In Week 12 against Cleveland Brown turned 10 targets into eight catches. I like that volume and I will bet on 10+ targets all day long.

Jarvis Landry’s best game of the season came in Week 12 at Baltimore with six catches for 111 yards on 10 targets. The Ravens also just lost top cornerback Marlon Humphrey for the season, so Baltimore’s secondary is in rough shape. Landry has 18 targets in his past two outings, and he’s averaging 14.0 PPR points over that span. He has the chance to finish the season strong and is worth starting in all leagues in Week 14.

Michael Gallup has been great for the past two games, averaging 14.5 PPR points per game against the Raiders and Saints. With CeeDee Lamb and Amari Cooper healthy, I would expect Gallup’s target volume to have a dramatic decline. Gallup can still be productive, but he’s only gone over 44 receiving yards once in his past three outings, which was the game where Lamb and Cooper were both out against the Raiders in Week 12. Gallup is a boom-or-bust No. 3 Fantasy receiver in all leagues in Week 14.

Another week, another bad performance for Courtland Sutton with Jerry Jeudy on the field in Week 13 at Kansas City when he had two catches for 15 yards on six targets. Sutton has now combined for 19 PPR points in his past five games, and he can’t be trusted in Denver’s run-first offense. It’s a favorable matchup for him against the Lions, but Sutton has been at six targets, two catches and 40 yards or less in five games in a row, with no touchdowns over that span. Courtland Sutton should not be started anytime soon, and in 12 team leagues or larger hew can be safely dropped.

Dawson Knox, along with the rest of his offense struggled against the Patriots in Week 13. He had six targets but finished with just two catches for 14 yards, and had two key drops. New England is tough on tight ends, so stick with Knox heading into Week 14 against Tampa Bay. He scored at least 14 PPR points in each of his two previous games prior to Week 13. And the Buccaneers are No. 9 in most Fantasy points allowed to opposing tight ends this year.

Cole Kmet gets Justin Fields back this week, and I am banking on them picking up where they left off before Fields got hurt. In Week 9 at Pittsburgh, Kmet had six catches for 87 yards on eight targets from Fields. Kmet struggled with Andy Dalton at QB, but I’ll use Kmet as a low-end starter this week against the Packers with Fields. Kmet had four catches for 49 yards on five targets against Green Bay in Week 6, and the Packers have allowed three tight ends to score at least 11 PPR points in their past six games.

Dalton Schultz could be in trouble with everyone healthy for the Cowboys in the passing game, similar to how I feel about Michael Gallup. Last week when he had five catches for 43 yards on five targets and failed to score a touchdown. He’s now scored once in his past eight games, and he has four outings with nine PPR points or less in his past six contests. He’s a low-end starter at best in Week 14 against Washington as long as CeeDee Lamb, Amari Cooper and Michael Gallup are on the field.

The last time Tyler Higbee faced the Cardinals in Week 4 he had four catches for 36 yards on six targets. He has one touchdown since Week 5 and has scored nine PPR points or less seven times in his past nine outings. For the season, Arizona is No. 5 in fewest Fantasy points allowed to opposing tight ends, so this Higbee is a rather easy sit this week for me.