Home Redraft Start or Sit These Players on Monday Night to Win Week 9... 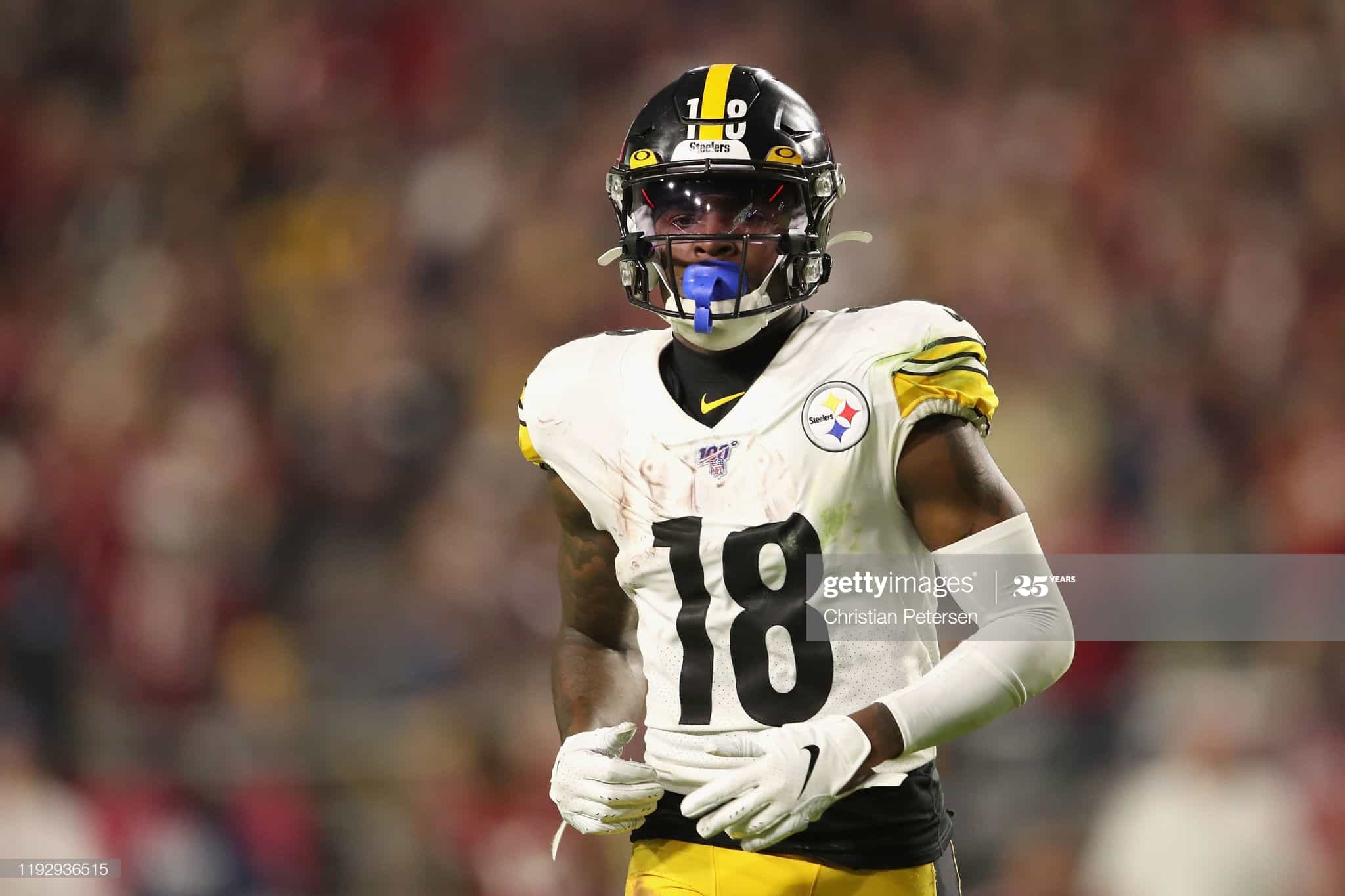 I will be with you every step of the way with recommendations on who to start and who to sit for every Monday Night Football matchup. Without further ado, let’s make the moves required to wrap up your Week 9 victory.

Justin Fields completed 19-of-27 passes for 175 yards, one touchdown, and one interception in the Bears’ Week 8 loss to the 49ers. In addition to his work through the air, Fields added 10 runs for 103 yards and a touchdown.

The play of the day, and of his young career, was his touchdown run. On 4th-and-1 he appeared to make 11 San Francisco defenders miss on route to his 22 yard score. The rushing component to his game is what makes him such a sought after fantasy asset, especially in the dynasty format.

This was the first time that we really have seen the Bears let the rookie run. Bears coach Matt Nagy missed the game due to COVID-19 protocols, and one has to wonder if his play calling is holding Fields back. Justin Fields could become fantasy-viable if he maintains that level of rushing volume, but the question is will he? Until we have some clarity, Fields remains on my bench in all league formats.

Ben Roethlisberger completed 22-of-34 pass attempts for 266 yards and a touchdown in the Steelers’ Week 8 win against the Browns. The line itself isn’t overly sexy, but its one that we have become accustomed to at this stage of Big Ben’s career.

Ben has completed 25.8 percent of his pass attempts of 20 yards or more, the second lowest rate in the league. Only Detroit Lions’ QB Jared Goff has been worse. Ben makes his living around the line if scrimmage these days with quick passes to his wide receivers and tight end as well as checking down and dumping it off to his running backs. He will take the odd deep shot, but it is no longer a significant component to his game.

Roethlisberger enters the week as QB28, averaging 13.41 points a game, and he is seeking his first outing over 15.22 points all season. To be clear, Ben has been bad this season and it appears that the long list of injuries this man has endured throughout his Hall of Fame career have finally caught up with him. Big Ben is nothing more than a desperation plug and play QB2 in 2QB and Superflex leagues. He is on my bench this week and in standard 1QB formats should be dropped.

Khalil Herbert rushed 23 times for 72 yards, and he had -4 yards on two catches in the Bears’ Week 8 loss to the 49ers. It was his first sub-10 PPR game since he has taken over as the Bears’ top back.

This week, Herbert and the Bears face a Steelers defense that is 6th best against the opponents RB through 8 weeks. The Steelers are giving up 94 rushing yards a game and have only yielded two touchdowns to backs on the ground this season.

We have seen Herbert beat top run defenses this season, most notably his Week 7 performance against the Tampa Bay Buccaneers when he ran for 100 yards on 18 carries. Upside is what keeps Herbert in my lineups this week. I have Herbert ranked 21st this week and will be starting him as a RB2.

There are a few must start assets on the Pittsburgh Steelers, and rookie RB Najee Harris is absolutely one of them. Harris enters the week as RB6 in 7 games. His 20.3 PPR points per game rank 3rd.

The Bears once feared defense is no longer what it was. Chicago is allowing 113 rushing yards a week to the RB and they have seen an opposing RB score a rushing TD 5 times in 8 weeks this season. In addition to the 113 rushing yards they are permitting, they are also giving up 33 yards a game and 1 score through the air. Harris has the skill set and the required volume to exploit the Bears defense on the ground and via the pass. I have him ranked 6th this week, and like every week I am starting him with confidence.

It is hard to believe that when listing the Bears’ WRs, Allen Robinson no longer is listed first. His play has fallen off in a massive way in 2021, and second year WR Darnell Mooney has taken over as the top WR in Chicago.

I wish this was a story where the young WR rises up to an elite status joining the veteran, but it’s not. Mooney leads the Bears in targets (53), catches (33), and yards (409). Mooney enters the week as the WR43, and Robinson shockingly sits at WR60.

The Steelers pass defense is the 12th most giving this season. They have given up 1,131 passing yards, and 10 scores to opposing WRs in 7 games. The matchup here for Chicago is a decent one, but their offense is not. I have Mooney ranked 38th, yet I still see him as a flex play. As for Allen Robinson, I have him ranked 59th this week. He can not be trusted simply due to the fact he is seeing under 6 targets a game and has 1 score on the season. A-Rob belongs on your bench, and if you are in need of a roster spot this week, he is borderline droppable.

Another member of the must-start Steelers is Diontae Johnson. Johnson enters the week as WR24 despite only appearing in six games this season. His 18 PPR points per game sees him sitting at 12th.

As noted earlier, the Bears’ defense is not what it once was. They are currently 6th worst against the WR position giving up on average 41 points to the opponents WRs. Johnson, who leads the Steelers in all fantasy relevant categories, should excel in this one. I am starting him with confidence and have him ranked at WR9 this week.

I am also starting WR Chase Claypool who I have ranked 19th. Chase Claypool enters the week as WR46, averaging 12.7 PPR points per game. Entering the season I was lower than most on Claypool, mainly due to my concerns with his QB as well as his performance when he doesn’t score. He has been better this season without the TDs, but like most, he needs one most weeks to be viable. I seeing him doing enough this week against Chicago and scoring a TD, and as a result he’s in my lineups.

Cole Kmet is going to be a fantast relevant TE in this league, but he just isn’t right now. Kmet, like the rest of the Bears’ offense, is victim to suspect play calling and poor overall play.

The Steelers’ defense is middle of the road in terms of fantasy points allowed to opposing TEs. Pittsburgh is 19th in the league, giving up 11.5 PPR points a game. Kmet (TE28) needs to stay on the bench regardless of opponent. The volume just isn’t there to be comfortable starting him. I have Kmet ranked 20th this week.

Pittsburgh Steelers’ rookie TE Pat Freiermuth has done well for the Steelers this season and has taken over as the No.1 TE in Pittsburgh. Freiermuth is averaging 8.7 fantasy points a week, solid for a TE, and exceptional for rookie TE.

The strength of the Bears defense this season in terms of fantasy production is against the TE. The Bears are the 3rd best unit in the league, yielding only 7.2 points per game. Like Kmet, Freiermuth will be a fantasy relevant TE in this league, and like Kmet, he is on my bench this week. I have him ranked 17th this week.

Thank you for reading Start or Sit These Players on Monday Night to Win Week 9 Fantasy.