Home Redraft Start or Sit These Players on Monday Night to Win Week 12... 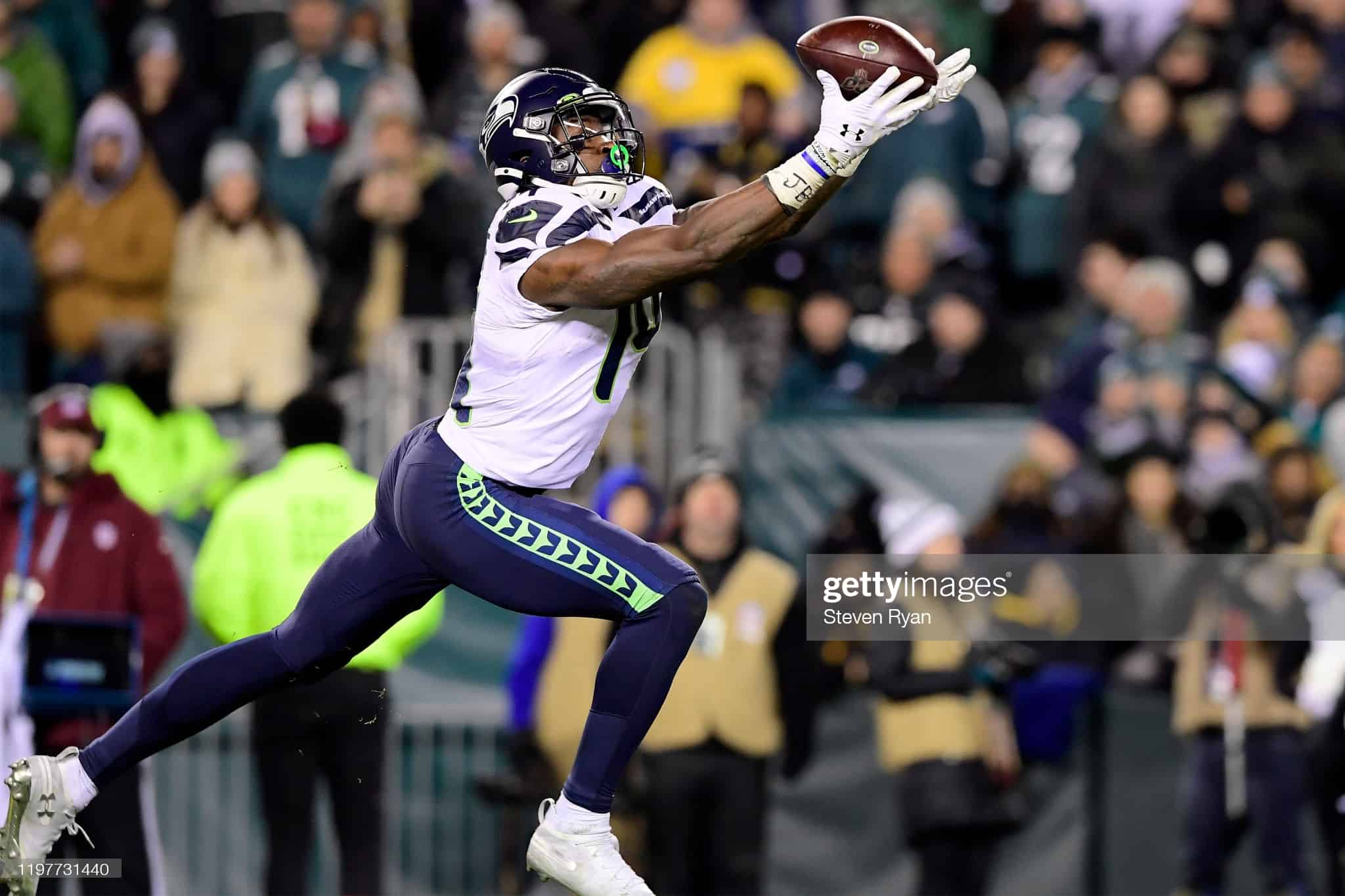 I will be with you every step of the way with recommendations on who to start and who to sit for every Monday Night Football matchup. Without further ado, let’s make the moves required to wrap up your Week 12 victory. This week we take a look at the Seattle Seahawks in Washington to face the Football Team.

Russell Wilson enters Week 12 as the QB28 after missing several weeks with a finger injury to his throwing hand. Prior to the injury in Week 5, Wilson was sitting at QB10, poised for yet another top-12 QB season. Since his return in Week 10, Wilson has struggled. In his two games post finger surgery, he is averaging only 8.06 points a week and is the QB25.

In Week 12, Wilson and the Seahawks face a Washington defense that is the worst of the league’s 32 teams against the quarterback this season. They are allowing on average 24.7 points a game to the position. In 10 games they have allowed 24 passing touchdowns and another 3 rushing touchdowns. Quarterbacks that face Washington this season have averaged 280 passing yards and 2.4 TD passes. In addition to their work in the passing game, you can add another 26.5 rushing yards and .3 scores.

Make no mistake about it, this is a great matchup for Wilson if he is healthy, which I am not sure he is. Since his return, Wilson has totaled 34 completions on 66 attempts for 368 yards, no touchdowns and two interceptions. He has also ran the ball seven times for 34 yards and has fumbled twice, recovering them both. Wilson’s 51.52% completion percentage is extremely concerning. Prior to the finger injury he was firing at 72%, and his career average entering 2021 was 65.1%.

Ranking Wilson at QB11 as I have this week feels a little high. That said, this is still Russell Wilson and he is still playing Washington. I am starting Wilson where I roster him this week, but it is certainly not with my usual confidence.

In Week 12, Heinicke and the Football Team face a Seahawks defense that is 14th best against the opposing QB. They are allowing on average 18.5 points a game to the position. Last week the Seahawks yielded 22.92 points to Arizona’s Colt McCoy at home. This week they travel across the country to tangle with Heinicke.

Last week on the road, Taylor Heinicke put up 23.14 fantasy points in Carolina in Week 11, and I am am expecting him to stay hot this week at home. Since slumping in Weeks 5 and 6 (scoring a combined 22.2 points), he has played to a QB13 ranking which includes a bye week. His 18.48 points a week since Week 7 ranks 11th best. I have confidence in Taylor Heinicke this week as a streaming option. This game has a feel of being high scoring.

The Seattle backfield is a mess. Chris Carson is on season ending IR with a neck injury. Alex Collins is battling a core injury and has been limited in practice and ineffective in games for over a month. Travis Homer and Rashaad Penny are also banged up and could miss Week 12. The last man standing, DeeJay Dallas, would appear to be the Seahawks best option this week.

In Week 12, the Seahawks face a WFT defense that is 21st against the opposing RB. They are allowing on average 23.7 points a game to the position. The Football Team is an average run defense at best, and is typically not a matchup to avoid.

With Dallas seemingly the only healthy back in Seattle, I am fading the entire group here. Collins is questionable and waiting on him onto Monday night is a risk you can do without, and DeeJay Dallas is my 51st ranked RB.

When it comes to the Washington backfield, there appears to be a lot more to get excited about. I am a fan of Antonio Gibson this week as well as J.D. McKissic if you are in need of some flex support.

The Seahawks defense is the second worst run defense in fantasy football. On the season, they are allowing on average 30.4 points to the position and are the 8th worst defense against the opposing RB. They are allowing on average 27.4 points a game to the position. In ten games this season, they have given up over 1,000 yards and 8 scores on the ground, and an additional 726 yards (league high) and 2 scores via the pass.

I have Gibson ranked as my RB15 this week, and McKissic as my RB28. The both should do well Monday Night.

If the Seahawks are going to score points this week, and I think they will, then it is going to have to come from the receivers based on the sad state of their running backs.

The WFT enters Week 12 as the 4th worst fantasy defense against the opponents’ WRs. They are giving up on average 40.9 points to opponents WRs. They have a weak secondary, and the pass rush got way worse when Chase Young was lost for the season.

I have D.K. Metcalf ranked 9th and Tyler Lockett ranked at WR13. Normally these would be rather expected results. Reality is, since Wilson has come back from the finger injury, Lockett has been the WR33 and D.K. has been WR60. I believe that changes this week, as I expect double digit targets for both. I am starting them with confidence and leaving the remainder of the Seahawks’ WRs on the bench/waiver wire

When it comes to the Washington wide receivers, I love Terry McLaurin this week. That is where it ends for me. I do expect Taylor Heinicke to be good this week, but I see the bulk of the WR production funneling through number 17.

The Seahawks are giving up 35.2 points to opposing wide receivers this season which ranks 16th. They are very much a middle of the pack type defense. Thing is, defenses rarely travel well, and as noted, this is a cross country trip for Seattle.

I have McLaurin ranked 12th this week. As for the remainder of the Washington pass catchers, I am confident that they will pitch in, but lack the targets to trust them. DeAndre Carter is my next highest ranked Washington WR, and I have him at WR56. If you are somewhat desperate for a flex play this week, Carter is worth a look. He has scored in three straight.

Entering the season, I championed Gerald Everett as a sleeper at the TE position and a TE that could challenge for a top-12 finish. Then reality hit and he turned out to be a TE that is ranked 31st with an average of 3.8 PPR points a week.

Washington ranks 16th in points allowed to the TE with 12.8 a game. The chances of Everett getting there is extremely unlikely. He has only seen 29 targets in his 8 games this season and has only hit the 12.8 point plateau once. With Will Dissly also having a small part in this offense, both Everett and Dissly have no business being rostered, let alone started.

Logan Thomas is on track to return this week after being out since Week 4 with a hamstring injury. He scored at least nine PPR points in his first three games this season, with two touchdowns over that span, and he should return as a low-end starter.

This week, he’s facing a Seahawks defense that just allowed Zach Ertz to catch eight passes for 88 yards and two touchdowns on nine targets in Week 11. On the season they are giving up 14.7 points per game to the TE postion.

Thank you for reading Start or Sit These Players on Monday Night to Win Week 12 Fantasy.