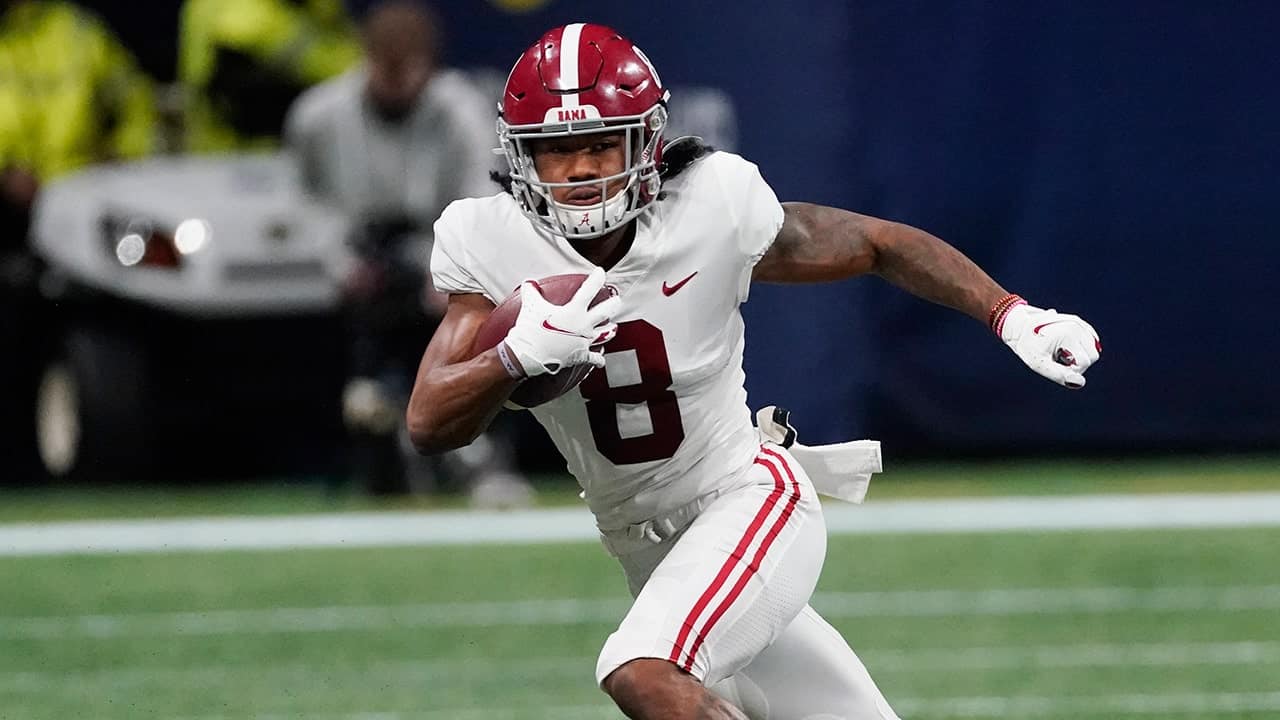 It’s that magical time of year, the NFL Draft is over and our rookie drafts are either starting or soon to be starting, and we all want to find those rookie sleepers that take us from pretender to contender! I want to give you some options of players that are (most likely) 2nd round and later in your rookie drafts, with the hopes that we can get you rookie sleepers that help you win!

Note: This list of rookie sleepers is not in any order, and as always make sure you’re happy with your choice, so if you like one position over another, take that player.

If you checked out my team profile of BYU last summer, Allgeier was one of the main reasons to like BYU last fall and he landed in a juicy spot with Atlanta. Allgeier had a strong final two seasons in Provo, getting over 1,000 yards on the ground each year while getting 36 touchdowns rushing over two seasons! He brings great vision, especially in zone concepts (thanks to TDN for a great scouting profile) but when you put on the games you see a good mix of power and big-play potential, and with only Cordarrelle Patterson and Damien Williams ahead of him on the depth chart, you could see Allgeier get in the mix sooner rather than later.

I’ll put it this way, I’m targeting Houston rookies on both sides of the ball in fantasy, and you’ll probably see another Texan on this article even (I’m sure). Because Pierce is good at pass protection, and shown a little something in the passing game, I’d think he has an inside shot to be involved from day one as at least a third-down back. On top of that, you have Marlon Mack and Rex Burkhead in front of him, I see no reason why he couldn’t have a sizeable workload in 2022, if not longer!

The Cincinnati Bearcats had a great draft, having 5 players selected in the top 100 (Pierce was pick 53). Pierce is a deep threat that has plus ball skills, is a tough outside receiver, and should be able to be that “take the top off the defense” wideout they have been looking for, to play opposite Michael Pittman Jr. So far in the rookie drafts I’ve been in, he’s going mid to late second round and that feels like a steal in my book.

I’ve been a Howell guy for sometime now, and it could very well be foolish at this point but I’m going to stick with him because he has a chance, Carson Wentz has continued to spiral out of fantasy relevance and Taylor Heinicke has shown us what the ceiling is (which isn’t amazing). Howell is in a 1QB format a late pick and in Superflex you could target him in the 3rd round as a taxi stash (at least so far from what I’ve seen). He’s the perfect stash and see type of rookie that I like to target.

Like Jameson Williams, Metchie is coming off injury but he is an excellent route runner with the ability to be a yac monster at the next level. When you think about Houston’s receiving core, he doesn’t have to be the opposing defenses top target with Brandin Cooks and Nico Collins the others starters, so Metchie can get single coverage and not even the teams top corner, which could be huge for fantasy return on your 2nd round investment.

This one was not on my radar until New York Drafted him, I know he has a chance for plenty of action because he can block but then I looked into him some more and you see good natural receiving ability as well as the ability to be more than just a blocker and you add that too the fact that Giants are rolling into the season with some veterans that have seen time on multiple teams, I like his opportunity to become fantasy relevant.

Other Rookie Sleepers with potential:

Thanks for reading my rookie sleepers article!

Do you have guys you love as sleepers? you can always hit me up over on Twitter and we can talk about it! If you want to see who we do have in our rankings, they can be found here on RotoHeat! And don’t forget to pop over to our YouTube channel for fantasy content on everything from devy to IDP and everything in between. We also stream weekly and answer your questions live on air!!!