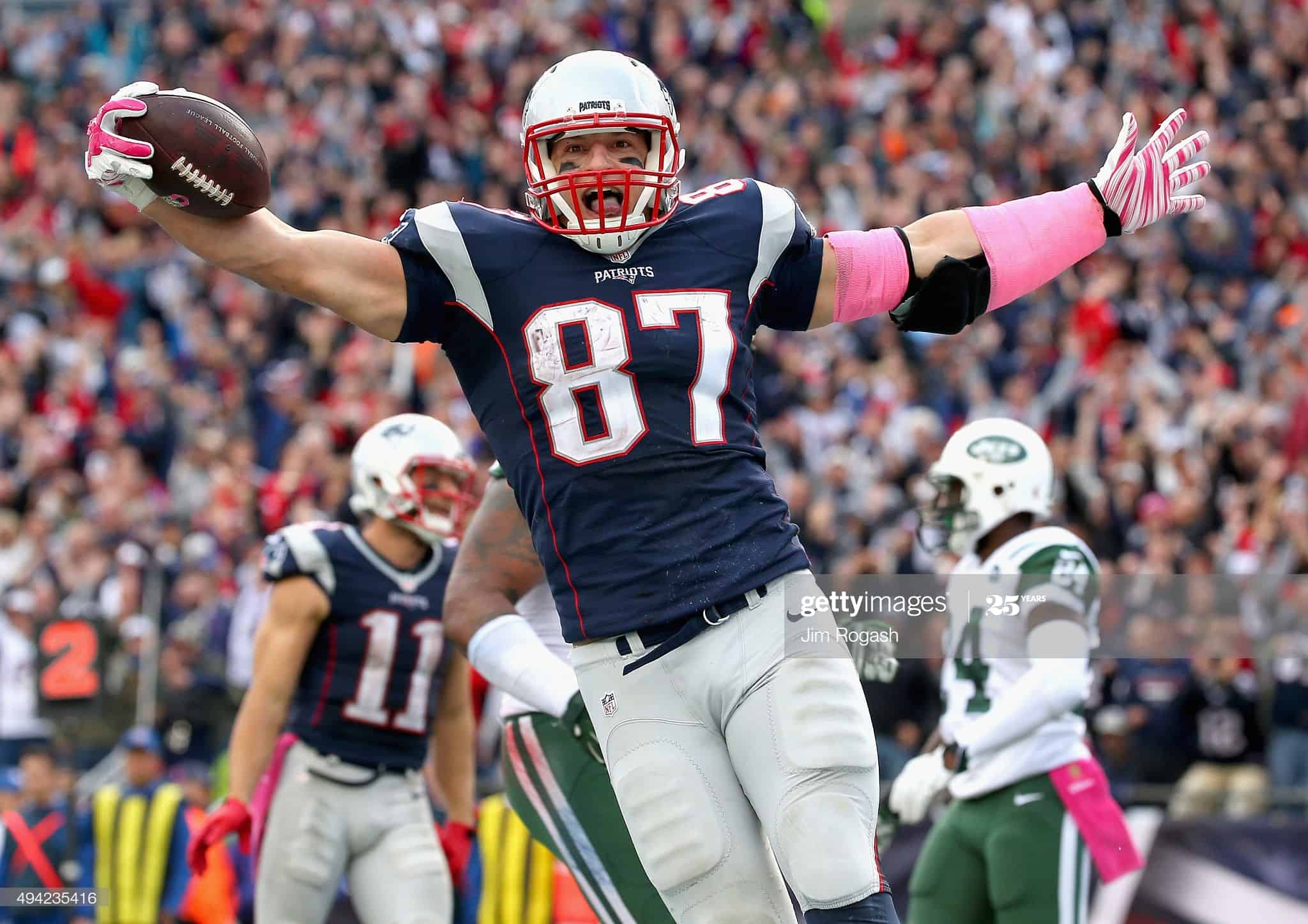 As reported by ESPN Adam Schefter, the New England Patriots have traded retired tight end Rob Gronkowski and a 2020 seventh-round pick to the Tampa Bay Buccanners for a 2020 fourth-round pick.

The Pats are sending Gronkowski’s rights to the Bucs, who will soon reinstate Gronkowski as a member of their team. Gronk retired last spring after nine NFL seasons that put him in the conversation of greatest tight end of all-time.

Gronkowski, who has one year remaining on his Patriots deal, hinted Monday that he was open to a reunion with his former quarterback Tom Brady. The future Hall of Famer has already taken a physical for the Buccaneers, he told FOX Sports’ Jay Glazer.

During his Patriots career, he was a three-time Super Bowl champion, five-time Pro Bowler and four-time first-team All-Pro selection. In nine seasons he established himself in his prime as the game’s best tight end and arguably the most dominate player at the position in NFL history.

Gronkowski has played his entire career with Tom Brady as his quarterback. He retired with 521 career catches for 7,861 yards and 79 touchdowns, including five seasons with 10 or more scores. Gronkowski has caught 78 touchdown passes from Brady, twice as many as any other player in the former Patriots quarterback’s 20-year NFL career. His 2011 season is arguably the best ever by an NFL tight end: He caught 90 passes for 1,327 yards and an NFL-best 17 touchdowns. In 2020 Gronkowski will add to those numbers.

Injuries were an issue for Gronk, however, as he missed 29 games in his career and 13 games in his last three seasons alone. After posting double-digit touchdown receptions in five of his first six seasons, he had a total of 14 touchdowns between the 2016-18 campaigns.

After adding the greatest quarterback of all time in Tom Brady back in March, and now with Gronkowski traded to Buccaneers, they have one of the best offensive lineups in the NFC.

With Gronkowski traded to Buccaneers, they have reportedly put tight end O.J. Howard on the trade block. Howard’s base salary for 2020 is just $1.98 million, which means even this late in free agency Howard’s contract is easily absorbed by any of the 31 teams looking to add him. It is very feasible that Tampa Bay will receive at worst the 2020 4th round pick they sent away to obtain Gronkowski.

Recently, Gronkowski signed a contract with WWE, and he captured the professional wrestling promotion’s 24/7 championship at WrestleMania 36, which aired in early April. There is no word on the status of his title.

Thank you for reading, “Rob Gronkowski Traded to Buccaneers”