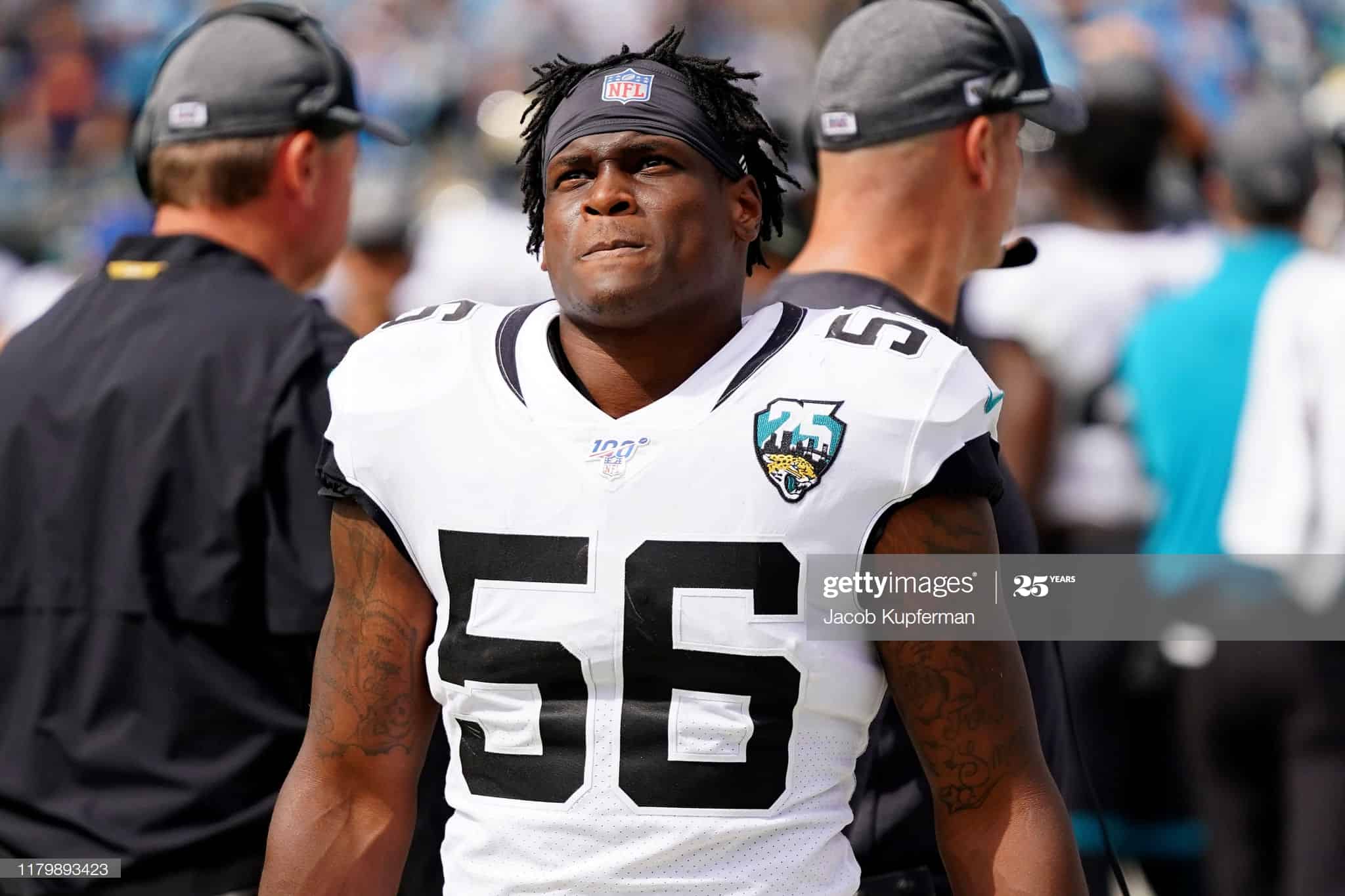 A 2014 recruit to Murray State, Quincy Williams was a productive recruit who played numerous positions for the Racers. In the eleven games he played in his final season he amassed 111 total tackles (9.5 for a loss), four pass deflections, four forced fumbles, a sack, and two interceptions.

The Jacksonville Jaguars took Quincy Williams with the 98th pick (34th pick of the third round) in 2019. He played in 11 games for the Jaguars, starting 8 of those games, and accumulating 30 solo tackles (with 18 assisted) with two tackles for a loss. He missed much of the preseason with a knee injury, missed two games with a hamstring issue in the middle of the season, and did not play after week 14, due to being put on IR with a hand injury.

The Jaguars’ defense this year will look very different from last year. On top of a lot of personnel changes, head coach Doug Marrone confirmed they would be transitioning from a 4-3 to a 3-4. While accurate depth charts won’t be fleshed out until we are in the preseason, Quincy is currently behind Myles Jack on the Jaguars depth chart. Jack is the current starting WLB, with newly signed Joe Schobert at MLB. Josh Allen and Yannick Ngakoue (if he stays and the team, and reports) look to be the starting OLBs. Veteran Leon Jacobs and K’Lavon Chaisson (the #20 pick in the 2020 NFL Draft)

That said, the odds of Quincy starting this year, without an injury striking one of the players ahead of him, are slim. His versatility, and having a year of experience, are in his favor but he would need to have a lot of improvement, and some issues with the players currently ahead of him, to have 2020 IDP relevance.

Quincy Williams’ value going forward is likely very dependent on the players currently ahead of him. Chaisson was just drafted and Schobert was just signed to a deal where there is an out after the 2021 season (but it would leave over $7 million in dead cap space). After this coming season they do have a possible out available on the contract Myles Jack signed after the 2018 season, but this would leave over $14 million in dead cap, which makes it seems unlikely they move on from him.

Athletically Quincy has a skill set that, with some refinement, would allow him to be a solid IDP option, but he also has some areas for improvement. He allowed 22 completions out of 28 targets in the passing games and missed 13 tackles to go along with his 48 total tackles made. To have a chance of staying on the field, if he does get a chance to start, both of those numbers would need to improve.

While he remains an intriguing prospect, Williams is currently a hold if you have a deep bench or taxi squads, but otherwise is best viewed a someone to keep an eye on within your waivers. The odds of him starting this year appear to be slim. If he gets a to start, given the changes to the Jaguars defense, he would be worth an add to see if he can build on last year’s start to his NFL career.

Let us know what you think about Quincy Williams; he is currently not within the top 177 IDP players we have ranked within our free IDP rankings. You can catch our IDP-Specific Live Stream Monday Nights @9:30 Eastern over on YouTube!