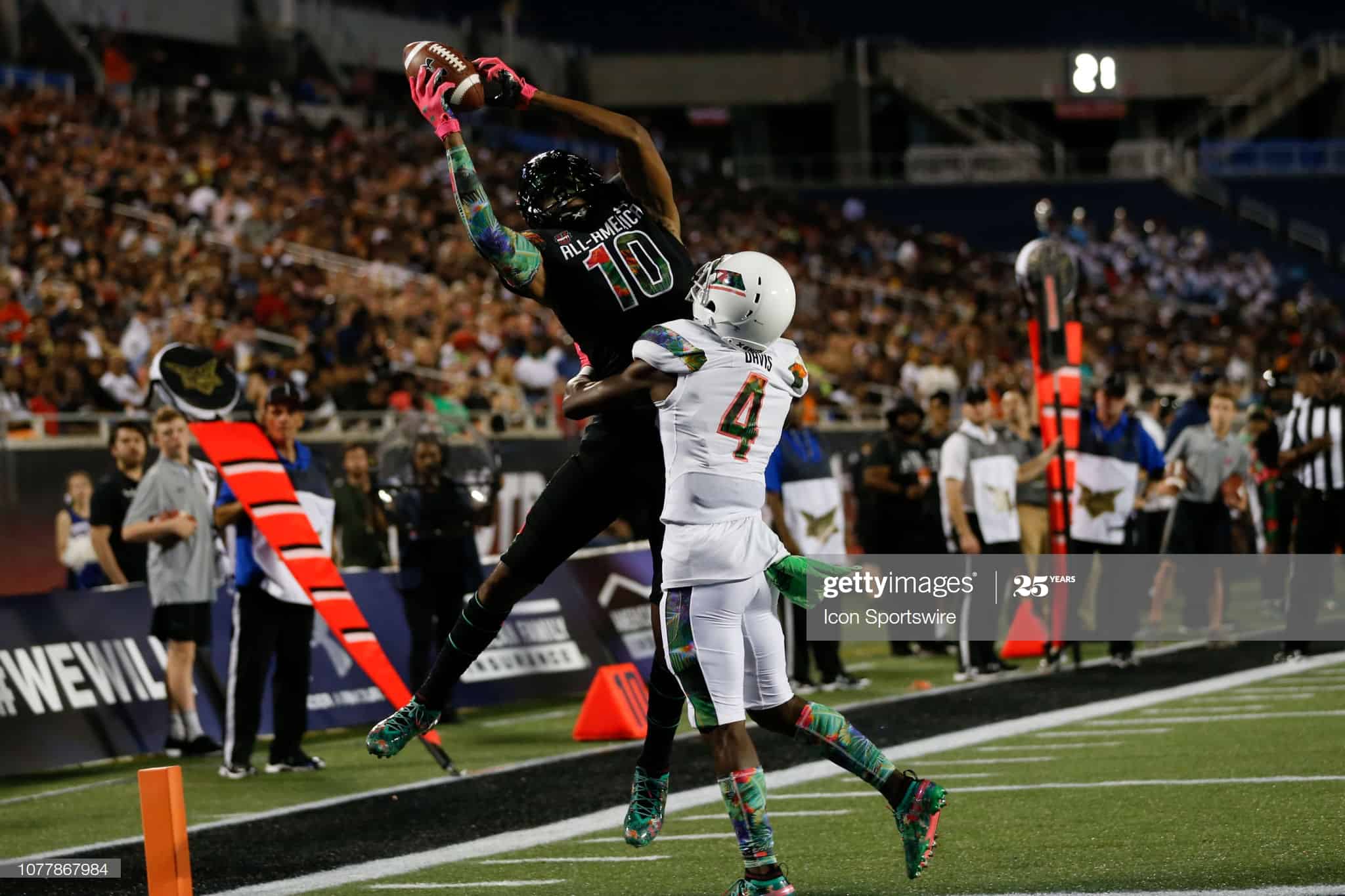 As we move through this monumental Pinnacle of Devy fantasy draft, you’re starting to see how the owners value specific position groups and teams, as well as the different college teams in general. In rounds 4-6, we see players taken from 25 different schools, from Clemson to East Carolina. At this point in the draft, we haven’t seen any IDPs (Individual Defensive Players) taken, but that will soon change (spoiler alert for round 7).

You see some bigger names mixed in with some up-and-coming stars in round four. From pick 7 on, there are players you may not know much about but will soon! I feel good about my pick of Ehlinger at the 3 spot of this round, as he has what’s arguably the best skill players around him that he’s had in his college career, which could help catapult him into the early round QB conversation in the 2021 NFL draft. The 6’3″ 230 lb. Longhorn starter gives it his all every week. My fear is that he’s more Colt McCoy than anything else, and at the NFL level, that’s backup quality at best.

I am a huge fan of all the WRs taken in round 4, and I could make a case that most of them could be WR1 type fantasy option down the road. I’ve targeted and grabbed Theo Wease in a couple devy leagues already, and either Ohio State’s Fleming or Stroud could develop nicely in that high-powered Buckeye’s offense.

Round 5 brings another mix of familiar stars and up-and-comers. Instead of making another risky move, I played it safe and took Rambo (because who doesn’t want Rambo on their team!). If you look at Draft sites like TheDraftNetwork, he’s not as highly rated as you’d expect while seeing him go in the 5th round, but take a look at the pros for him, as that’s what I see and love about the potential. He’s a guy that’s got great athletic ability and ball skills. The knock that some folks have is his size, but with a good strength and conditioning coach, he will add the proper weight/muscle to that frame to make what should be a top-end NFL talent!

Nix, Emery Jr. and Friermuth are all guys I would have loved to have, and even mentioned in the league chat that it was between Rambo and Friermuth at my pick, as I expect Friermuth to be in the conversation for the top tight end in the 2021 draft class. When you look at a team like Alabama, I really can’t fault any owner from snatching up their players in this draft as they produce NFL-caliber players year in and out, so wrapping up round 5 with Sanders was not a surprise at all.

Rounding out this article, round 6 brings younger talent with just a few older college players sprinkled into the mix. I took Jordan at the 3 spot here, which I am ecstatic about, because I wanted to make sure I got one of my top 3 tight ends, as Pitts and Friermuth came off the board earlier. Jordan is such a dynamic weapon in the passing game–just ask Florida State, who tried to cover him with a linebacker and got torched every time.

Frank Ladson is easily my next favorite pick in this round as he looks to be the next great Clemson wideout. The 6’3″ sophomore was a 4-star recruit out of Florida, bringing great size and route running to the team. Like most young wideouts, he still has some size and strength, but his frame has plenty of room to handle the growth, and I expect by the time he enters the draft he’ll be in the conversation as an early day 2 option for a team in need of that big outside receiving threat.