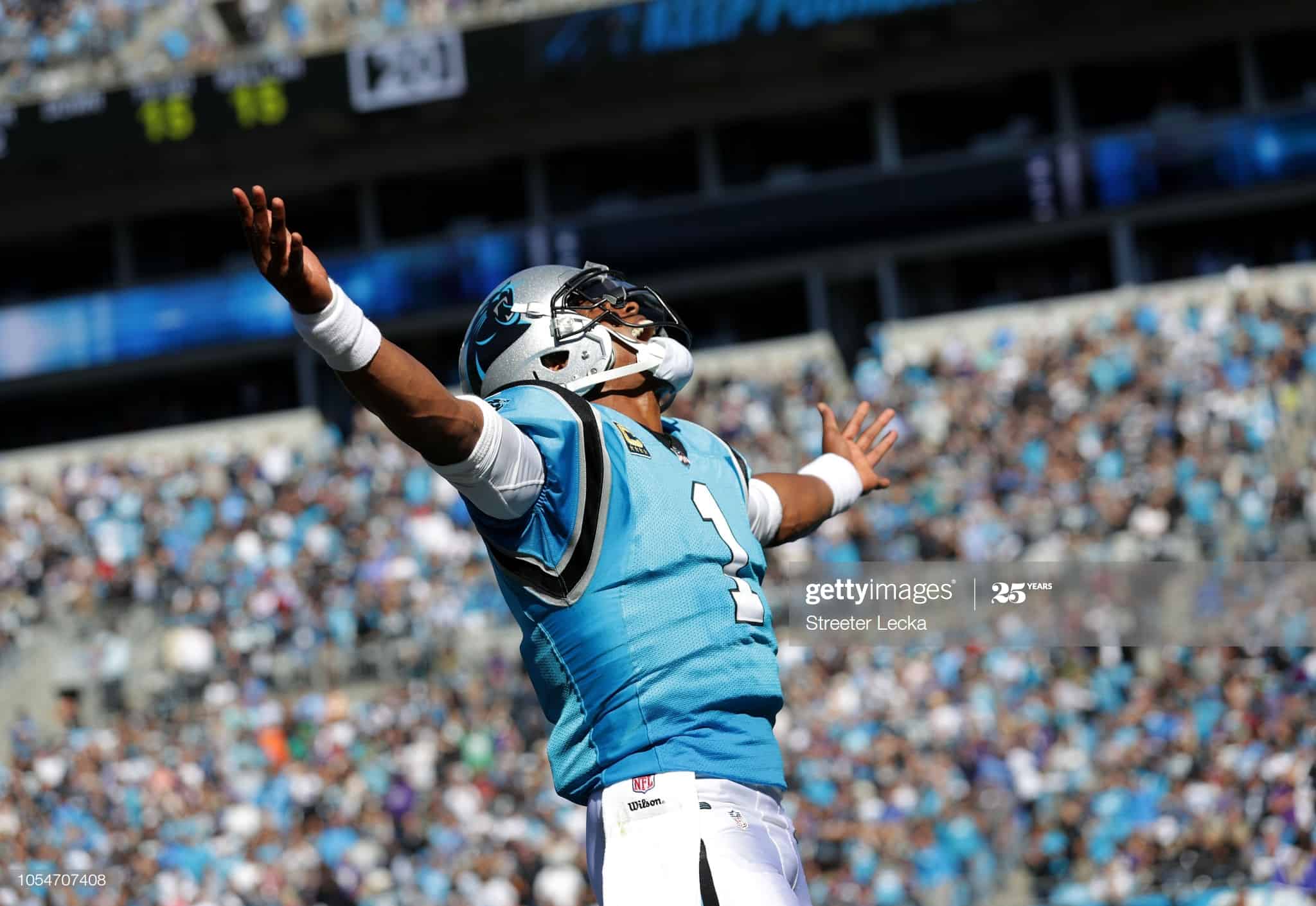 The deal, as reported by ESPN’s Adam Schefter, is an “incentive-laden” deal, and NFL Network’s Ian Rapoport reports the deal as a bare-minimum one-year pact worth up to $7.5 million.

Newton, a former league MVP, was released by the Carolina Panthers in April after a season in which he appeared in only two games. Newton was limited last season by a lisfranc injury and has also missed time in previous years with shoulder issues.

It is somewhat surprising that Newton has remained unsigned this long into the offseason. If Cam wanted to remain a starting QB in 2020, he had only one last dance partner and it appears that Bill Belichick is interested in his moves. If healthy, Newton offers some of the highest upside of any quarterback in the NFL. It remains to be seen how Cam will fit into the Josh McDaniels offense–an offense that is tailor made for a statue type QB, not a mobile one.

The addition of Cam Newton puts a massive dent in the fantasy relevance of Jarrett Stidham. The signing of Cam makes sense for New England. The Pats were never really planning on entering the season with a QB that has a career line of 2/4 for 14 yards and a pick six.

Things are looking up for the rest of the offense as a result of Patriots signing QB Cam Newton to a one-year contract. Second year WRs N’Keal Harry and Jakobi Meyers, a duo that combined for 38 catches, 464 yards, and 2 touchdowns in 2019, get a lift. Veterans Julian Edelman, Mohammed Sanu, and newcomer Marquise Lee round out a decent receiving core that Cam will certainly get more out of than Stidham. The big winners here other than Newton, himself, are Julian Edelman and James White.

Edelman will continue to be the target leader in the middle of the field, and Cam has proven he loves throwing to pass catching running backs. As for Cam, keep your expectations in check, as we have no idea how his mobility has been impacted by the foot injury. After all, this is an offense that Tom Brady struggled in a year ago.

Thank you for reading Patriots sign QB Cam Newton, to a one-year contract.