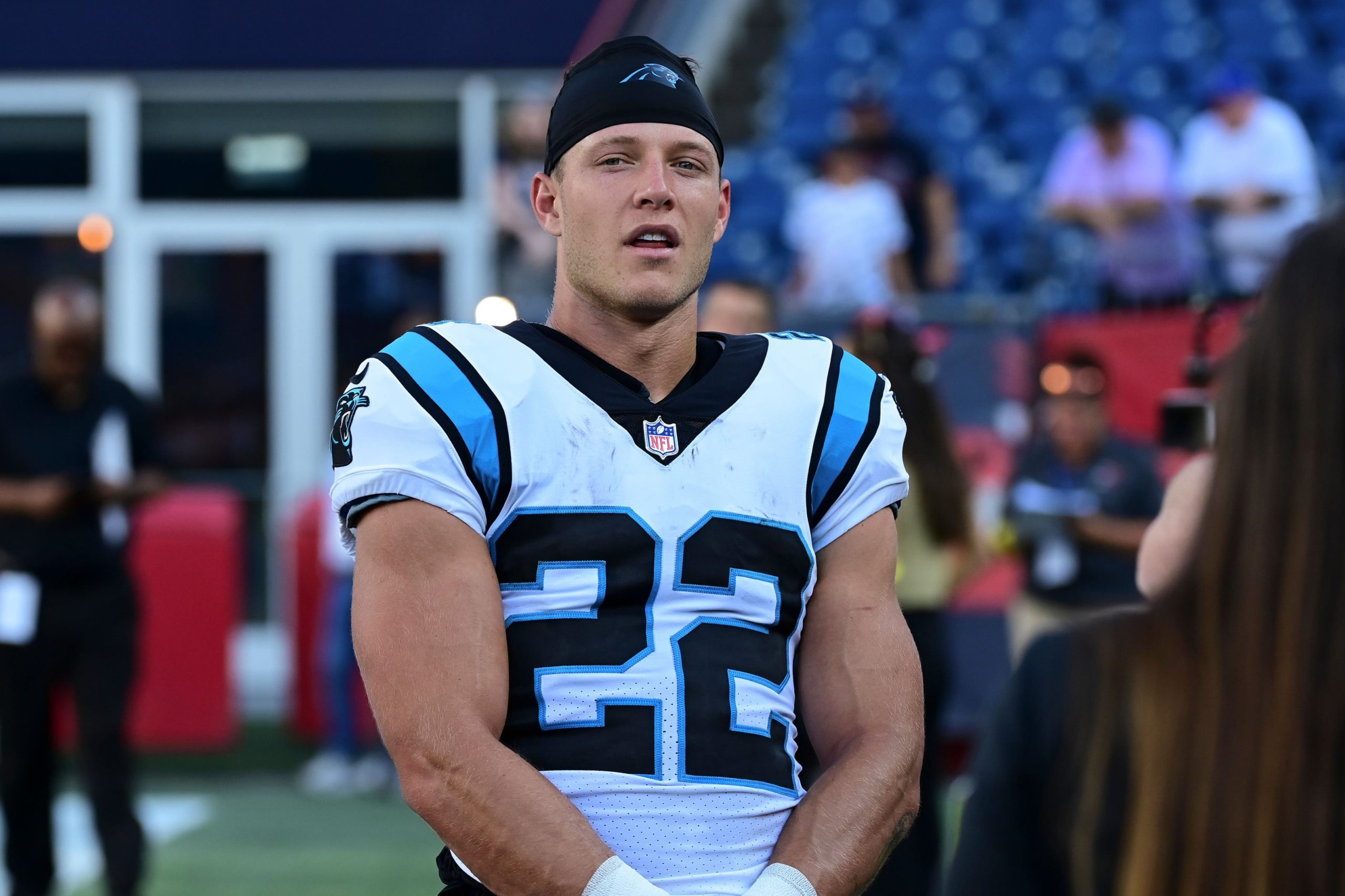 Christian McCaffrey, who has only played 10 games over the last two seasons, has been a Carolina Panther for his entire professional football career. McCaffrey has always been able to produce regardless of whether the Panthers have been a good or a bad team.

This deal is huge, and it is going to have a lot of implications for fantasy football. Not only does it change the 49ers’ backfield completely, but it also leaves a void and several touches in the Panthers’ backfield.

Fantasy Implications of Christian McCaffrey to the 49ers

First and foremost, this trade changes everything in the 49ers’ backfield. So far, Jeff Wilson has been the primary fill-in for injured starter, Elijah Mitchell.

From this point onwards, no other 49ers running back than Christian McCaffrey holds any value (This might not be true for Week 7, but you cannot start Wilson with any confidence). Elijah Mitchell, Jeff Wilson, and Tyrion Davis-Price are waiver bait in season-long leagues and nothing more than stashes in dynasty.

As for CMC himself, his value should rise. His production is not necessarily going to change, as McCaffrey has produced very well already. He might get some more scoring chances in a better offense, and his touches become more valuable behind a better offensive line, but his receiving work might take a slight hit, as other players on the 49ers’ roster also work in the short area of the field.

However, just because his production might not change a lot, McCaffrey’s perceived value is likely to change quite a bit as he moves away from a terrible team, the Panthers, to a team coached by offensive genius Kyle Shanahan.

The trade sending McCaffrey to the 49ers does not only change the outlook for the other RBs on the 49ers roster, it could also very well change things for Deebo Samuel and possibly George Kittle as well.

Deebo Samuel has been working a lot out of the backfield as well as on short passes designed to get Deebo into the open field, where he can use his strength and elusiveness to create yards after the catch. McCaffrey and Deebo are likely to vulture each other in this area, meaning fewer of these designed plays for both players. This does not mean that Deebo is someone you ever bench, but his production could dip very slightly.

As for George Kittle, the acquisition of McCaffrey might mean Kittle stays as a blocker a lot of the time, especially given that Trent Williams is also out with an injury. This remains to be seen, and Kittle is still someone to start at tight end.

When it comes to the Panthers, CMC has been averaging 19 touches per game this season. That is a sizeable chunk that is now, most likely, going to be split between D’onta Foreman and Chuba Hubbard.

Chuba Hubbard has had fumbling issues ever since he entered the NFL, so projecting Foreman to soak up most of the carries seems the most logical choice. Hubbard has 6 carries and 1 catch this season but has already fumbled once on those 7 touches. Foreman has 12 carries and no catches on the season.

In terms of prioritizing waivers, Foreman should be one to target here, but Chuba is worth adding too, as we have no actual idea how the work is going to be split, or whether Hubbard gets most of the valuable touches as the passing downs back.