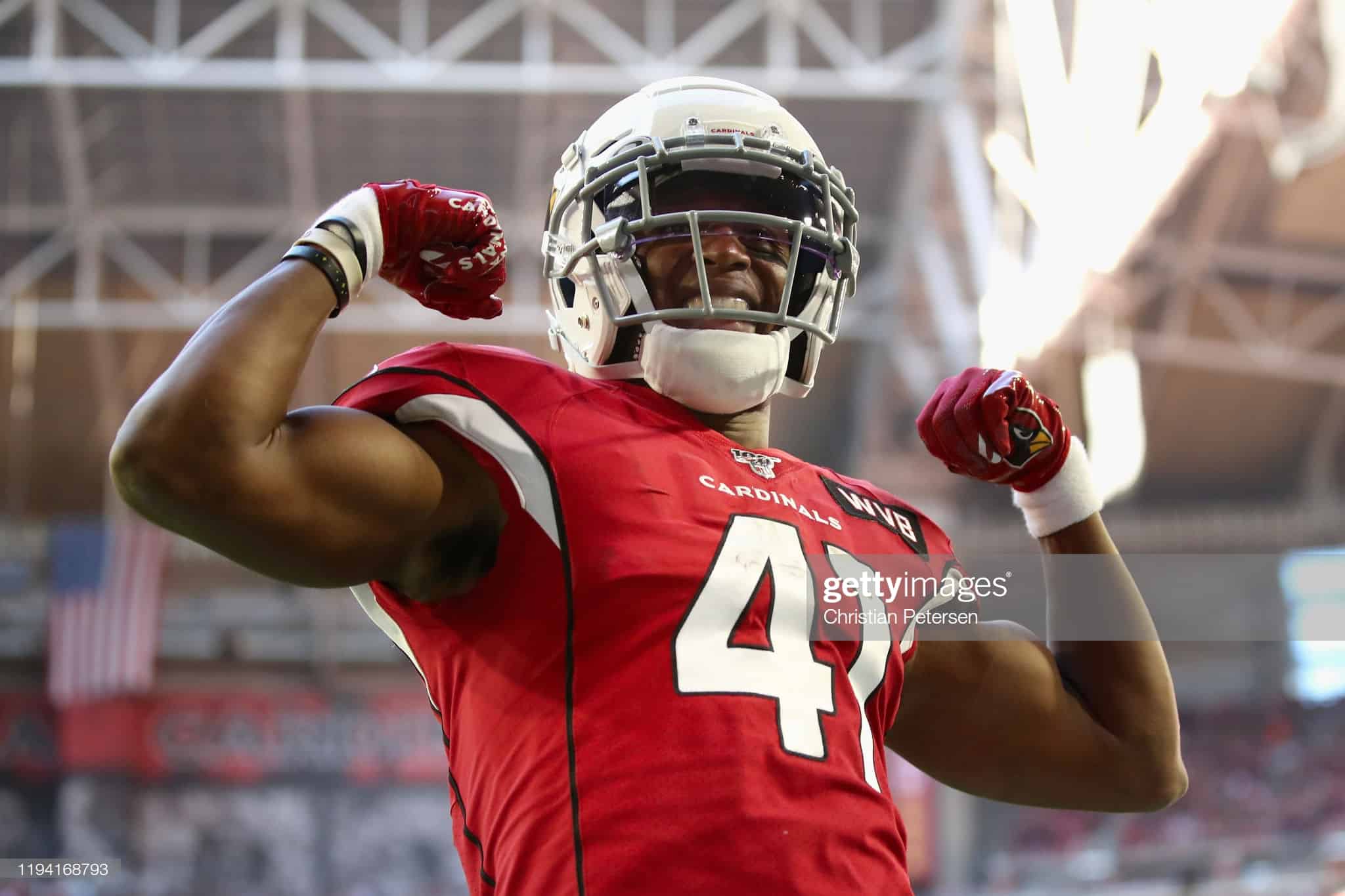 With the big game just a day away, bringing a conclusion to the 100th NFL season, free agency is just around the corner. For this article, I am not going to be pointing out the uber-obvious NFL free agent landing spots (Ex. A.J. Green to the Green Bay Packers, or Amari Cooper resigning with the Dallas Cowboys.)

Instead, I am going to be looking at the less obvious free agent landing spots. I will elaborate on three players at each position and then list out some more on the last slide.

These aren’t in any specific order.

EAST RUTHERFORD, NJ – NOVEMBER 02: Wide receiver Robby Anderson #11 of the New York Jets makes a touchdown catch against cornerback Tre’Davious White #27 of the Buffalo Bills during the third quarter of the game at MetLife Stadium on November 2, 2017 in East Rutherford, New Jersey. (Photo by Elsa/Getty Images)

The Bengals are already in line to get one shiny new toy in Joe Burrow. I expect him to be starting from day one, which means that you need to surround him with the most weapons possible, and with A.J. Green likely leaving, the Bengals will need to turn to someone else to put on the outside.

Robby Anderson can spread the field with the best of them, and the Bengals sorely missed that last year with John Ross and A.J. Green both injured for much of the season. What makes it even more interesting is the Robby Anderson and John Ross speed combo, which I think would be hands down the fastest outside of Kansas City. This speed opens up the field and benefits not only Joe Burrow, but also Tyler Boyd and Joe Mixon.

Don’t look now, but this Bengals offense could flip around pretty quick.