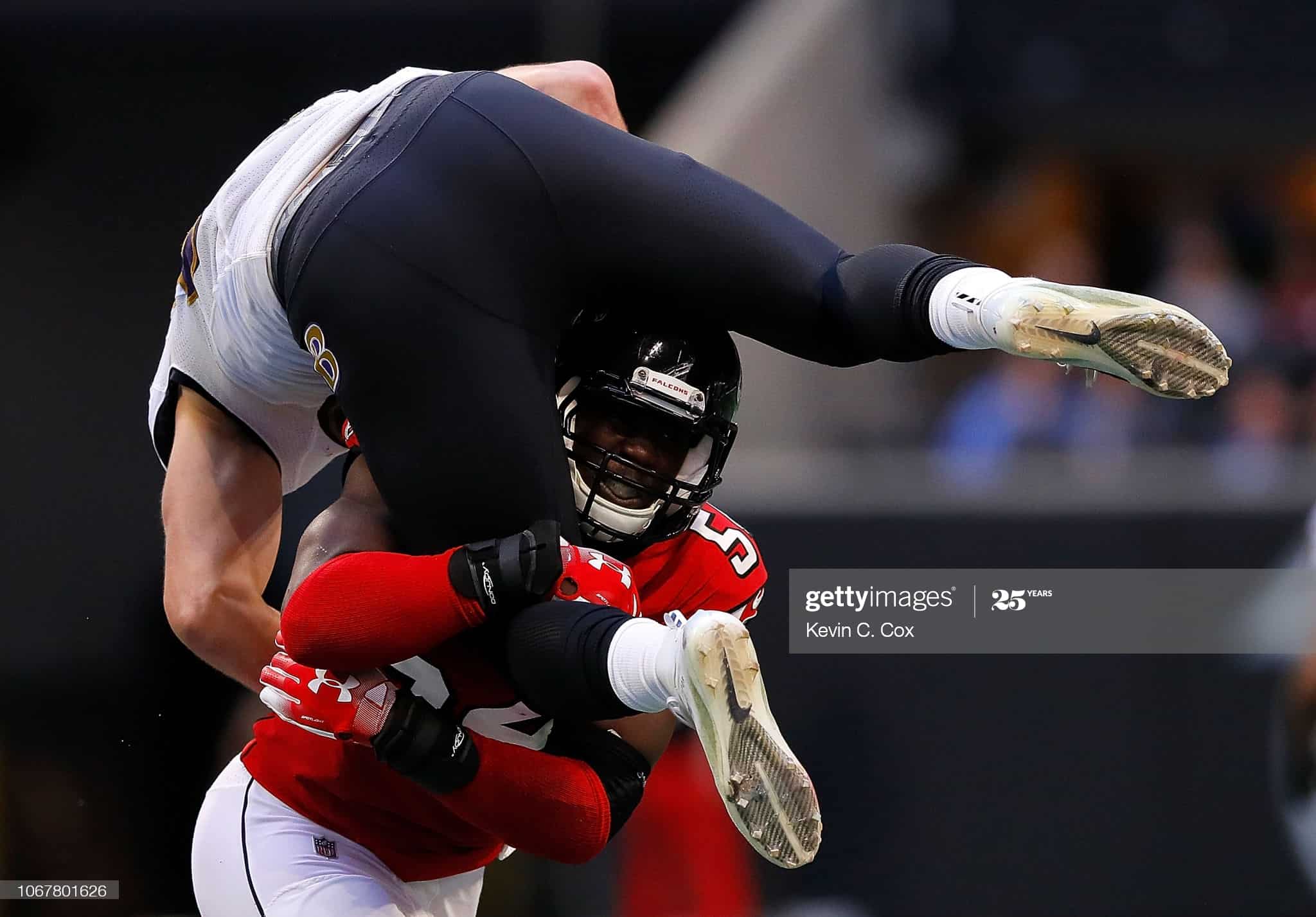 Things are getting a big bleak already, eh? It seems like each week brings a slew of new injuries to deal with and adapt to, and we are only going into Week 6. Don’t worry, here at RotoHeat we have your back and dig into it all for you. Below are my NFL Week 6 IDP Waiver Wire Adds.

Gay has admittedly not done a lot this year, with three points through the first four weeks. His defensive snaps however are going; 0%, 7.2%, 16.1%, 33.3% and 47.1%. As a rookie, we knew he was raw coming into this season, and had a steeper learning curve with a smaller college sample size than you’d want, and the abbreviated training camp this year.

That said he is the most athletically gifted linebacker the Chiefs have, and their defense needs help. On the 47.1% of defensive snaps in Week 5, he 5 solos, 1 assist, 1 TFL and 1 sack. It certainly seems like Gay is getting more comfortable in the system, and this is a great time to get a guy on his way up that may have been forgotten or dropped.

Foye should be owned in all leagues except the very shallow ones. Clearly he isn’t, but that means you have a chance to go get him. In this third year, Foye started growing into his own last year, and is continuing that this year; he has nearly matched Deion Jones (37 points to Oluokun’s 32.00) in less playing time.

Foye has played in 97% of the defensive snaps the past two weeks, and has had 17 tackles, 5 solos and 1 TFL in that time. The Falcons play Minnesota in Week 6, and the Vikings have been giving the 14th most points to linebackers this year.

This one is directly related to Micah Kiser being out. If Kiser is back next week, I don’t think Reeder is worth playing, as Reeder played in 89% of the defensive snaps this week with Kiser out. Before that, the most he played in a game was Week 4 with 26.5%, he didn’t log a snap on defense Weeks 1 – 3.

Reeder won’t repeat his Week 5 stat line (7 solos, 3 assists, 3 sacks and 2 TFL) next week (you don’t get to play Washington each week) but he has show he has a high ceiling, and the Rams play the 49ers next week, who have had QB protection issues of their this year. If you have Kiser, you should keep Reeder in your back pocket in case Kiser is out again. Otherwise, grab him if he is free and look to play him if Kiser is out for Week 6.

This wouldn’t be my favorite waiver add of the players listed, but a player averaging slightly over 8 points a year on 100% of the defensive snaps is worth of some attention. With the number of injuries and now bye weeks being thrown in, sometimes a player that will get decent stats on guaranteed playing time is all you can ask for. The Eagles play the Ravens in Week 6, and while the Ravens haven’t been overly kind in giving points to safeties, I think the Ravens are set to go off one of these week and get out of their funk. This feels like a good spot for that to me, which could lead to more opportunities for McLeod.

Andrew Wingard, in this exact spot last week, went out with an injury in Week 5 Enter Daniel Thomas. In only 48% of the Week 5 snaps, Thomas got 7 solo tackles. They play the Lions in Week 6 which could be a sneaky shoot-out in the making. If you are desperate for help and Wingard is still out, Thomas should be a nice addition.

I am throwing Logan Ryan in here as he is sort of a cheat code. Most sites have him listed as a cornerback, which he has played most of his career. He has been playing safety for the Giants however, and is performing decently well. He is averaging 6.50 points a game this season, and 100% of the snaps the past three weeks. If you play in a cornerback premium league, or have to start a cornerback, he is a giving you a very nice floor currently.

Another week, another Jet in this spot. With Poole playing well and Blessuan Austin out, Desir has been getting picked on, and performing well. I don’t think he continues to start once Austin is healthy, so keep an eye on that, but you might as well strike while the iron is hot with Desir. Austin got hurt in Week 4, and Desir has provided weeks of 25.50 and 9.50 points. A cornerback getting picked on, who faces the pass-happy Dolphins in Week 6 sounds like a nice add to me.

CHICAGO, ILLINOIS – OCTOBER 04: Darnell Mooney #11 of the Chicago Bears is tackled in the second quarter by Justin Houston #50 of the Indianapolis Colts at Soldier Field on October 04, 2020 in Chicago, Illinois. (Photo by Quinn Harris/Getty Images)

He has a lot more ownership that most players were put on here but going into this next week he should be higher owner. Averaging a snap share 60s, he is getting about 7 points per game and gets to face an offensive Bengals offensive line. I like Houston to get to double digits this week.
**Houston is dealing with a hip injury after Week 5 (and fellow defensive lineman Denico Autry is dealing with an ankle injury). If Houston is unable to go, Colts defensive end Al-Quadin Muhammad makes a decent dart throw against the Bengals, and he is owned at a far lower rate; 1% in FleaFlicker and 0% in Yahoo!.

Having only played in three games this year, Flowers is averaging a little over 7 points a game and is coming off a Week 4 bye. In Week 6 the Lions play the Jaguars, who give up a lot of points to opposing pass rushers. Flowers can rush the passer, and will also get you tackles, so if he is available, he is a good play for this week.

I will be honest; it was difficult to find another DE I would feel ok with playing off waivers this week. Playing in four of the Ravens’ five games so far this year, Wolfe is only averaging a little over 4 points a game on 6 solos, 9 assists and 2 TFL. He is coming off of his best scoring game of the year (9 points against the Bengals) and gets another great matchup against the Philadelphia offensive line. This is really just a match-up play if you are desperate for help.

If you need a defensive tackle or play in a league with premiums for them, Tomlinson could be in line for another big week. He is averaging slightly over 7 points a week, and after having a very good game against the Dallas offense (14 points) he will now face the Washington offense that gave up a plethora of points to the Rams defense line and pass rushers. It is true that the Giants don’t have Aaron Donald to help with that, but I still expect Washington to give up enough points to the Giants defense to make Tomlinson a viable fill-in.

You catch NFL Week 5 IDP Waiver Wire Adds and all our other video content on YouTube. Be sure to subscribe and click the notification bell to ensure that you don’t miss any of our other great content. We have free IDP Rankings over on RotoHeat.com, and you can catch our IDP-Specific podcast on most podcatchers! You can also find me on Twitter.