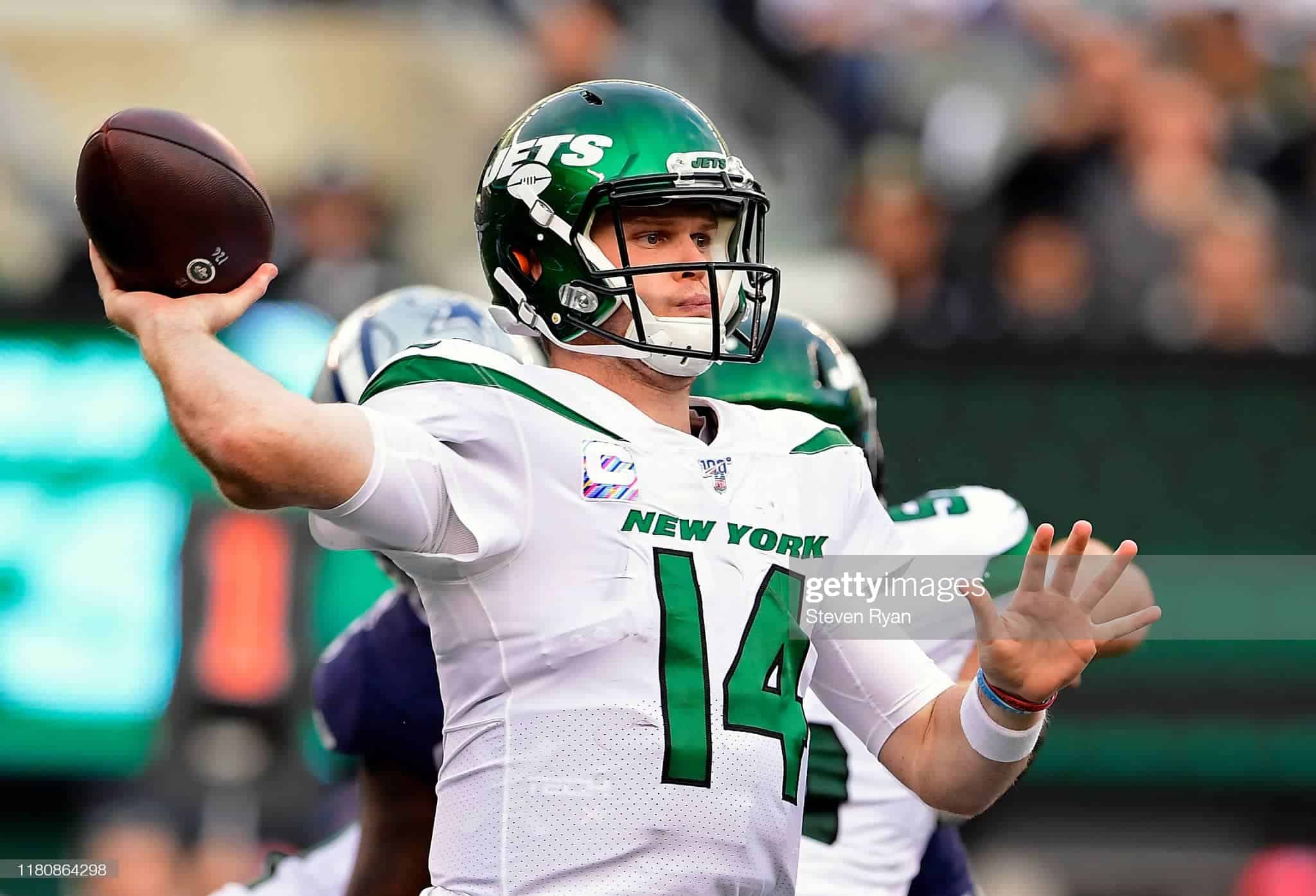 ESPN’s Adam Schefter announced the aforementioned trade earlier Monday afternoon. The NFL Draft is only 24 days away, and while the trade may not look like it matters much for the draft (only one 2021 pick was involved), it will have far reaching implications.

The Carolina Panthers were often seen as a team looking to moving up for a top quarterback in the draft or take one if one fell to them at pick eight. The Panthers COULD have traded for Darnold (which they did), then trade away Bridgewater and draft a new QB to compete with Darnold, but that’s an unlikely scenario to me.

For the draft, this means less competition for other teams looking to trade up, but fewer options for teams at the top looking to trade down. If the Panthers felt like they needed to get a young quarterback this offseason, they have now accomplished that and have more flexibility in what they want to do with their pick.

For those still haboring any doubts that the Jets would not take a quarterback at pick two in the 2021 NFL Draft, this should wipe that out. Zach Wilson still seems to be the guy that they believe will be the target, but whomever it is will likely be viewed as a starter from day one, as James Morgan and Mike White are the only quarterbacks currently under contract.

I do think a veteran is signed for alleged competition, but whomever that is, if they end up starting even half of the year I would be surprised. The Jets did well to get what they did for Darnold and also move him out of the conference. This trade has the all the markings of the new regime moving on from what the old one left behind.

It would seem to me that if the Panthers are giving up what they did, they plan on starting Darnold this year. He will make a little under $5 million this year and the Panthers have his team fifth year option now, which is for almost $19 million. The Panthers need to find out if Darnold, who is only 24 this season, has a chance to be their guy going forward.

Darnold played in 12 games last year, and it was not pretty (2,208 years, 9 TDs and 11 INT) but we all know the Jets were a mess of a team, and he was not put in a position to succeed. In his first two years, he played in 13 games each year, and had better years statistically.

Teddy Bridgewater (28 this season) counts almost $23 million against the Panthers cap, but also leaves $20 million behind in dead cap if traded/cut. I think he sticks around this year, likely as a back-up, and leaves after this year when his dead cap is only $5 million. Keeping Teddy gives a proven veteran back-up that knows the team and system, which may be needed if Darnold gets hurt or faceplants in Carolina. Their two salaries are essentially still starter and back-up salaries, just reversed on how you normally see it.

I am not sure that Darnold is a better QB than Bridgewater today, but with the destroyer of fantasy relevance (Adam Gase) out of his life and a new place to call home, Darnold has way more upside than Teddy. Three years ago this time Darnold was regularly mocked as the #1 pick in the 2018 NFL Draft (he ultimately fell to third). The Panthers went 5-11 last year without their main offensive weapon, a new coaching staff, and an insanely raw defense.

Now we get a rejuvenated Darnold, with a better coaching staff (Matt Rhule and the up-and-coming offensive coordinator Joe Brady are in their second year with the team) and better offense around him; that is something I’d look to invest in. Darnold has legitimate high QB2 upside, in super flex or 1 quarterback leagues, at what is still a relatively low cost. Even with this trade I do not see him commanding what he would have a few years ago.

I did not see enough to where I thought Darnold was worthy of the #3 pick in the NFL Draft, but I do recognize that he is still young and got a raw deal thus far in his career with Gase. This is as good of a situation as he could have hoped for really.

I do think Darnold starts most this year, and we have seen him with Robby Anderson in New York (2018 and 2019), so I think Anderson gets a boost from last year based on familiarity. Better quarterback play should also help out DJ Moore, but I still don’t want anything to do with the tight end position in Carolina (newly signed Dan Arnold and Ian Thomas are the two names there).

I also think they draft someone to compete to be their third wide receiver with new addition, David Moore. If we assume that Christian McCaffrey, an offensive weapon the likes of Sam Darnold has yet to play with, is healthy, then this whole offense should be much improved over last year.