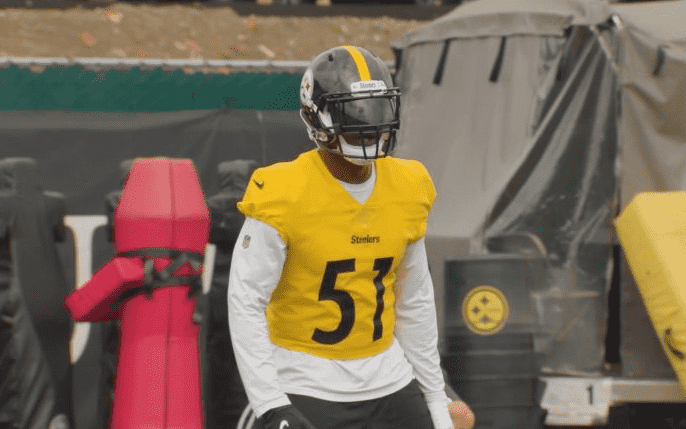 A four-star recruit in the 2013 recruiting class, Myles had a standout freshman and sophomore year as a linebacker at UCLA. He was pegged as a potential first-round pick in the 2016 NFL Draft before tearing the meniscus in his right knee during the 2015 college season and only played in 3 games that year. He was still a high draft pick that year though, as the Jacksonville Jaguars took him with the 5th pick in the 2nd round (36th overall) in the 2016 NFL Draft.

Myles played sparingly as a back up his first year, but he was second in total tackles behind Telvin Smith in both his second and third years in the league. He only played 11 games in his 4th season (2019), but was second in total tackles again on the team in 2020 behind Joe Schobert. Last year he led the team in total tackles, but it marked a low point for him in the other statistical categories. He played in 15 games and had 108 tackles (62 solo), but 3 TFL were the only big plays he had. No sacks, fumbles forced or recovered, interceptions, sacks, etc.

He was released by the Jaguars on March 15, 2022. He did not last long as a free agent though, as he signed a two-year, $16 million contract with the Pittsburgh Steelers two days later. Upon signing he was expected to take over the spot next to Devin Bush from Joe Schobert, who had been traded to the Steelers the prior year.

Myles will only be 27 years old this year and has looked great this preseason. He was named one of the starting inside linebackers for the Steelers this year and was calling the plays on the defense much of the preseason. He has shown in the past the ability to be a quality tackler and worthwhile IDP player for us. He has been a back-end LB 2 once, and an LB 3 in three other seasons out of six in the league. His rookie year and injury-shortened 2019 are the outlier years.

Obviously, an LB 3 is not what we want to shoot for when looking for starting linebackers in most leagues, but he still has value. At a minimum, he should be a starter option in 10-12 team leagues where you have two linebackers and a flex or start three linebackers. I do think he has LB 2 upside this year.

Myles is going all over the place in drafts and redraft rankings right now. He is going as LB 42 according to Sleeper’s newest ADP, is outside the top 100 IDP players in Sports Illustrated rankings, is LB 24 on Fantrax, LB 20 on SportingNews, LB 30 on ESPN, and LB 27 on FantasyPros.

I believe that Myles Jack has mid-LB 2 upside this year. He has always been able to get tackles, and going to a better defense will help him have access to those big plays he was missing last year. I am not sold on Devin Bush (a free agent after this season) being the guy for the Steelers. Bush has had an up-and-down offseason after two years of sub-par on-the-field play. I expect Jack to be the best inside linebacker for the Steelers this year and feel he is still a bit of a value in drafts right now.