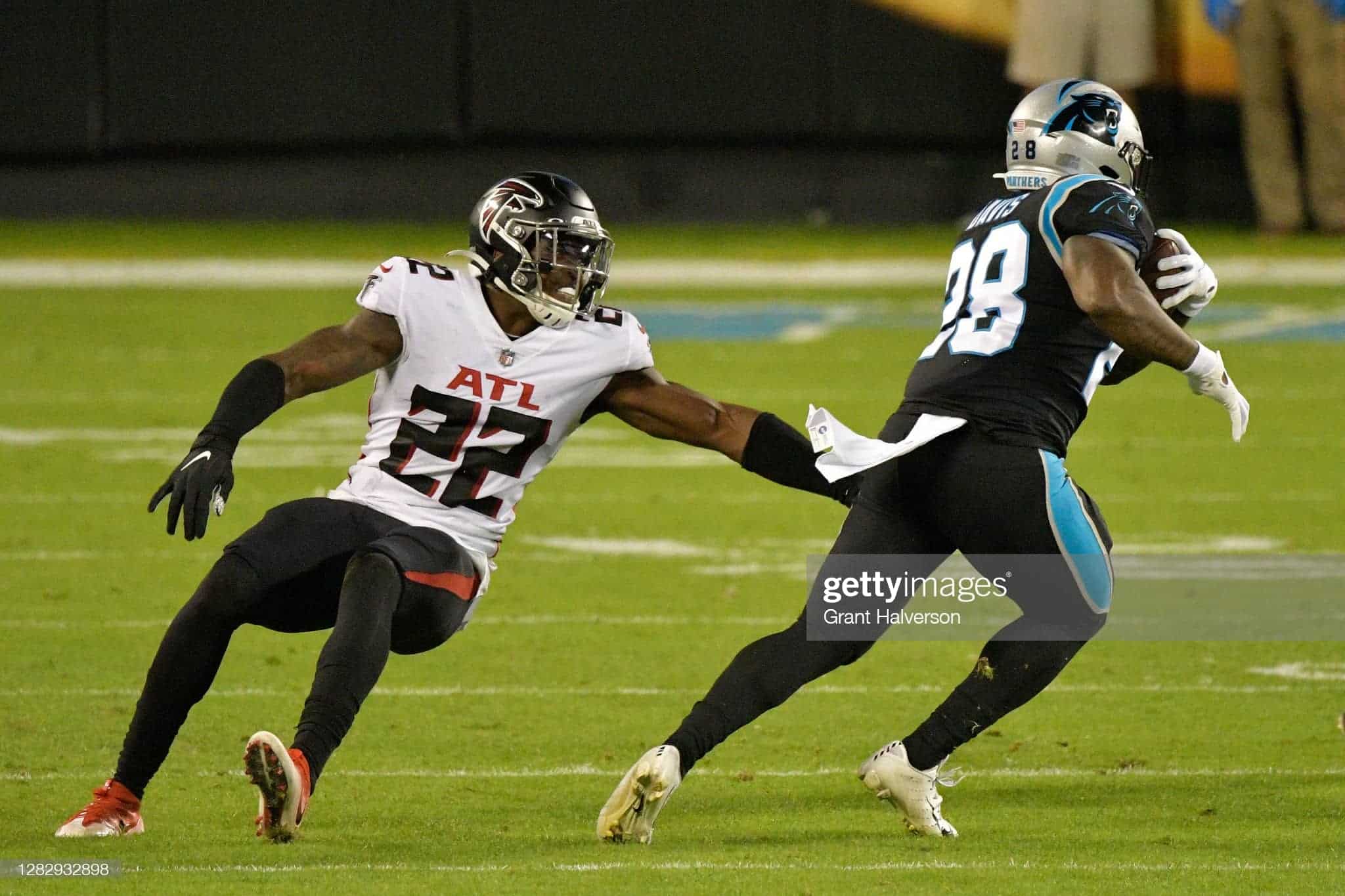 Ian Rapoport reports this morning that Mike Davis, who spent the past year with the Carolina Panthers, has signed a two year deal with the Atlanta Falcons. It is said to have $3 million in guaranteed money, and could be worth up to $5.50 million.

After being drafted in the 4th round in 2015 by San Francisco, Mike Davis jumped around to Seattle, Carolina, Chicago, and then back to Carolina for 2020. 2020 was his best season to date, when he started 12 of the 15 games he played in after Christian McCaffrey missed most of the year. Davis ended with 642 yards and 6 touchdowns rushing, with 59 catches for 373 yards and two more touchdowns through the air, and he only had only one fumble. This was good enough to be the #11 running back in PPR.

With only Ito Smith, Qadreee Ollision and Tony Brooks-James currently under contract, this feels like a bridge running back to a rookie likely drafted in the top three rounds next month. Davis showed with a young Panthers team that he could be a productive running back when given the chance, but he did fade down the stretch. He is 28 this season, so he isn’t old, and certainly doesn’t have a ton of miles on his legs (537 touches over six years), but he also isn’t the long term answer.

Whether the Falcons add more running back depth in the free agent market or draft this year or next, the short contract makes it’s intent clear. That said, he is being paid a decent amount by Atlanta, so barring an injury, I foresee him starting the year as Atlanta’s main running back. Atlanta will still have a potent offense, but I see him as mid RB2 in 2021, and either on a different team or a back-up in 2022.

You can catch all our video content on YouTube. Be sure to subscribe and click the notification bell to ensure that you don’t miss any of our other great content! We have free rankings of all kinds over at RotoHeat.com, and make sure to check out our 2021 Rookie Draft Guide! If you’d like to discuss anything fantasy football related, find me on Twitter!