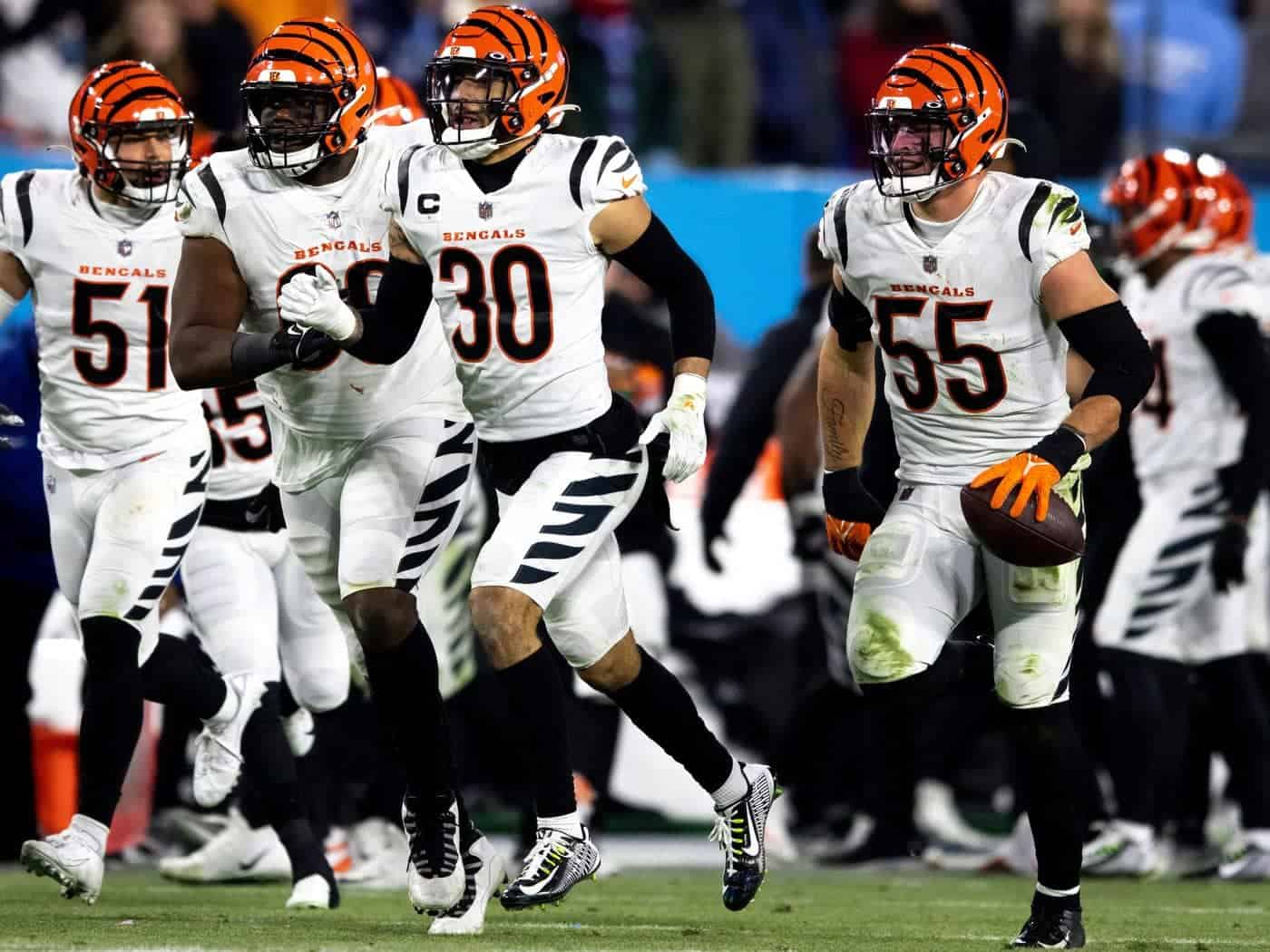 I know, I know. Not very on-brand for an IDP guy to go over team defenses. The fact of the matter is that even rough polls show most leagues still do not use IDP players. They either go with no defense or team defenses. We do not want to forget this, and helping all players on the defensive side of the ball is a worthwhile task to take on.

That said, below are my 2022 Top 10 Redraft Team Defenses. Predicting teams to just shut other teams out is a fool’s errand. Instead, we want to look for teams that have playmakers in the secondary and pass-rushing units. Sacks, TFL, forced fumbles, TDs, and interceptions are going to be your money stats. If your team defenses account for special teams as part of them in your league, and it has a relatively heavy weight to that aspect, these would likely have some changes. I did not include special teams units in these rankings.

From top to bottom the Bills have my favorite collection of defensive talent. Adding Von Miller in free agency to the young set of pass rushers they already have (Carlos Basham, Greg Rousseau, AJ Epenesa) is going to make this an exciting pass rush unit. Their linebackers are much the same as last year, and while not full of guys who routinely get big plays, they are solid defenders.

In the defensive backfield, they have Tre’Davious White, Taron Jackson, and rookie Kaiir Elam to pair with Micah Hyde and Jordan Poyer at safety. It remains to be seen as to how Kaiir will fit in, but White, Poyer, and Hyde are proven playmakers. The Bills were 4th in team defense scoring last year, and I think they are set to finish even better this year with the pass-rushing upgrade they made.

The Rams continue to have big-time defensive playmakers that they surround with quality supporting pieces. Aaron Donald is one of the best in the NFL, as is Jalen Ramsey. They added long-time Seattle stalwart Bobby Wagner at linebacker in free agency, and he immediately becomes the best inside linebacker they have had in a long time.

Leonard Floyd has put together back-to-back quality years in Los Angeles as an edge rusher, which gives them one playmaker at each level. Add in the other, lesser known, nice players they have like Greg Gaines, Jordan Fuller, and Ernest Jones, and I think the Rams are set to improve upon their 12th place finish last year for team defense scoring.

Tampa Bay finished 7th in team defense last year and I think the argument is there that this team is set up better than last year’s team. Yes, Jason Pierre-Paul and Ndamukong Suh are gone, but they were more veteran pieces that every down impact players. Second-year edge player Joe Tryon-Shoyinka is replacing JPP, and Akiem Hicks was signed as a Suh replacement.

They also added veteran depth pieces Keanu Neal and Logan Ryan to an already solid secondary. Their secondary was banged up much of last year, and injuries tend to regress to the mean year over year, so I expect better overall play from this year. With Tom Brady back leading this offense, this team will have plenty of changes to get you those sacks and interceptions we crave for our team defenses.

The Chargers may have the best team in terms of defensive talent in secondary and pass rushers. Khalil Mack joins Joey Bosa as the primary edge rushers this year. They revamped their defensive front to defend against the run better (adding Austin Johnson from the Giants and Sebastian Joseph-Day, among others) and their secondary is superb. Adding JC Jackson to Derwin James, with up-and-comers Asante Samuel Jr, Bryce Callahan, and Nasir Adderley.

Their linebackers (likely starters Drue Tranquil and Kenneth Murray) are still suspect in terms of playmaking ability, and of the parts of the defense, this is the weakness if there is one. For team defense purposes though the high-quality pass rushers and secondary pieces make this a unit to target. The Chargers in the AFC West also get to play the mess that appears to be the AFC South, which should boost their chances of big games in 2-3 contests.

The #3 overall team defense last year, I like the Colts a lot again this year. Along with top-tier defensive tackle DeForest Buckner they added promising 2nd year defensive linemen Kwity Paye and Dayo Odeyningbo with Grover Stewart (nose tackle) and free agent signing, pass rushing specialist, Yannick Ngakoue. Shaquille (formerly known as Darius) Leonard and Bobby Okereke will continue to the linebacker mainstays, and Leonard in particular has shown himself to be adept at getting to the QB himself.

The secondary has had the most turnover. Xavier Rhodes, George Odum, Khari Willis, and Rock-Ya Sin are all gone. Kenny Moore and Isaiah Rodgers (CBs) and Julian Blackmon (S) are the only ones really returning. Stephon Gilmore (CB), veteran Rodney McLeod (S), and rookie Nick Cross (S) will look to fit in and find their way as new Defensive Coordinator Gus Bradley takes over. I expect the secondary to have more growing pains this year with the turnover and new head coach, but in the end I think this unit is strong enough, and in a weak enough division, that they will still be a team defense to have in 2022.

This is probably a surprise entry for many. The Bengals were only 19th last year in team defense standings, but I think they have enough make a leap. To start, I do believe Jessie Bates will end up playing for them this year, and along with Vonn Bell they have a great pair of safeties, and rookie Dax Hill can play all over the defensive backfield. Mike Hilton, Eli Apple, and Chidobe Awuzie are all back from last year as well. I expect this unit to be better together last year, as last year had a lot of growing pains with almost all of them being new to the team.

Logan Wilson, like the whole team, took a big step forward in the playoffs and he is the main man in this unit. Solid if unexciting Germaine Pratt is the other main linebacker they use. Neither offers much in terms of big play ability thus far in their careers though.

Their defensive front will still have Sam Hubbard and Trey Hendrickson at the ends, and DJ Reader and BJ Hill inside. Their edge-rushing depth should be better this year though, as Joseph Ossai (2021 3rd round pick) was looking very nice before he was hurt in the preseason and did not play last year. 2021 4th round pick Cam Sample and 2022 3rd round pick Zachary Carter are more young depth with upside.

Keeping a solid pass-rushing corps together (12th in sacks, QB hits, and sack percentage) and what I expect to be an improved secondary should give this unit a run at the top 10 in defenses this year, and teams will be forced to pass against this young, exciting offense.

The Packers were #10 overall last year and return most of their same defense, with some nice new additions; LB Quay Walker and DL Devonte Wyatt were both 1st rounders for them in 2022. Returning starters on the defensive line Kenny Clark and Dean Lowry are joined by Wyatt and Jarran Reed. The linebacking corps of Rashan Gary, De’Vondre Campbell, and Preston Smith is the same as they had almost all of last year, as now-Viking Za’Darius Smith played in only one game for them in 2021.

At cornerback Jaire Alexander will be back after getting hurt at about the 3/4 mark of the year last year, along with standout signee Rasul Douglas and second-year speedster Eric Stokes. Darnell Savage and Adrian Amos are the returning safeties. Adding the rookie talent as depth will only help this team, which may be on the field more as the offense faces uncommon uncertainty this year with the departure of Davante Adams.

The 49ers were 15th overall last year. Their linebackers are largely unchanged with Fred Warner, Dre Greenlaw, and Azzez Al-Shaair, as is most of their defensive line. DT Arik Armstead and DE Nick Bosa are the two mainstays, while rookie Drake Jackson (2nd round out of USC) and 6th-year pro (second with the 49ers) Samson Ebukam are in a camp battle to be the other edge rusher. Javon Kinlaw, the 2020 14th overall pick, is hoping to be finally healthy and make the impact that was expected when he was drafted.

Their secondary has had some turn-over and projects to be the weakness if there is one on the team. 2014 draft pick Jimmie Ward and 2nd-year Talanoa Hufanaga are looking like the safeties, while Emmanuel Moseley will be joined by free agents Darqueze Dennard and Charvarius Ward. The front seven will be the heart of this defense like in years past; they had 49 sacks last year despite having Nick Bosa as the only player in double digits. The front-end pressure should help the secondary and with a potentially more explosive offense with Trey Lance at QB, I think the 49ers finish in the top 10 this year for team defenses.

The Cowboys finished 1st overall in team defense scoring last year. They outscored #2 by 27 points, about 1.6 points a game. So why do I have them down here? Well for one, top team defenses just do not repeat their success. It has been over a decade since a team repeated as the best team defense. I also do not expect Trevon Diggs to repeat having 11 interceptions and 2 touchdowns. Neither are sticky stats, and those played a big part in their overall ranking last year.

I do like what they have though on defense. Their pass rushing unit is healthy and fortified this year. All around amazing linebacker Micah Parsons should improve as a player even after the superb year he had last year. Defensive Coordinator Dan Quinn is back and his defenses have regularly been ones that make plays, and they are in a division with some backend projected offenses (Giants and Commanders). I do like Dallas this year, I just don’t see a repeat of last year.

Despite the weird year last year, Denver was a top 12 team defense. With an improved offense led by Russell Wilson and some defensive upgrades they have made, I am expecting them to take a step forward this year. Their defensive line remains solid, and Randy Gregory is the new edge player replacing traded away Von Miller. Gregory, contract year Bradley Chubb along with depth pieces Malik Reed, Baron Browning, and Jonathon Cooper equal a quality group.

Their secondary will remain good as well. Kareem Jackson and Justin Simmons are savvy veterans, while Pat Surtain II, Ronald Darby, K’Waun Williams, and Michael Ojemudia are a great group of corners to have available. Yes, this team will get scored on with that division they are in, but they also have the pieces to make the big plays that matter in team defense scoring. Like the Chargers, the Broncos get to play the AFC South this year, which I like a lot.