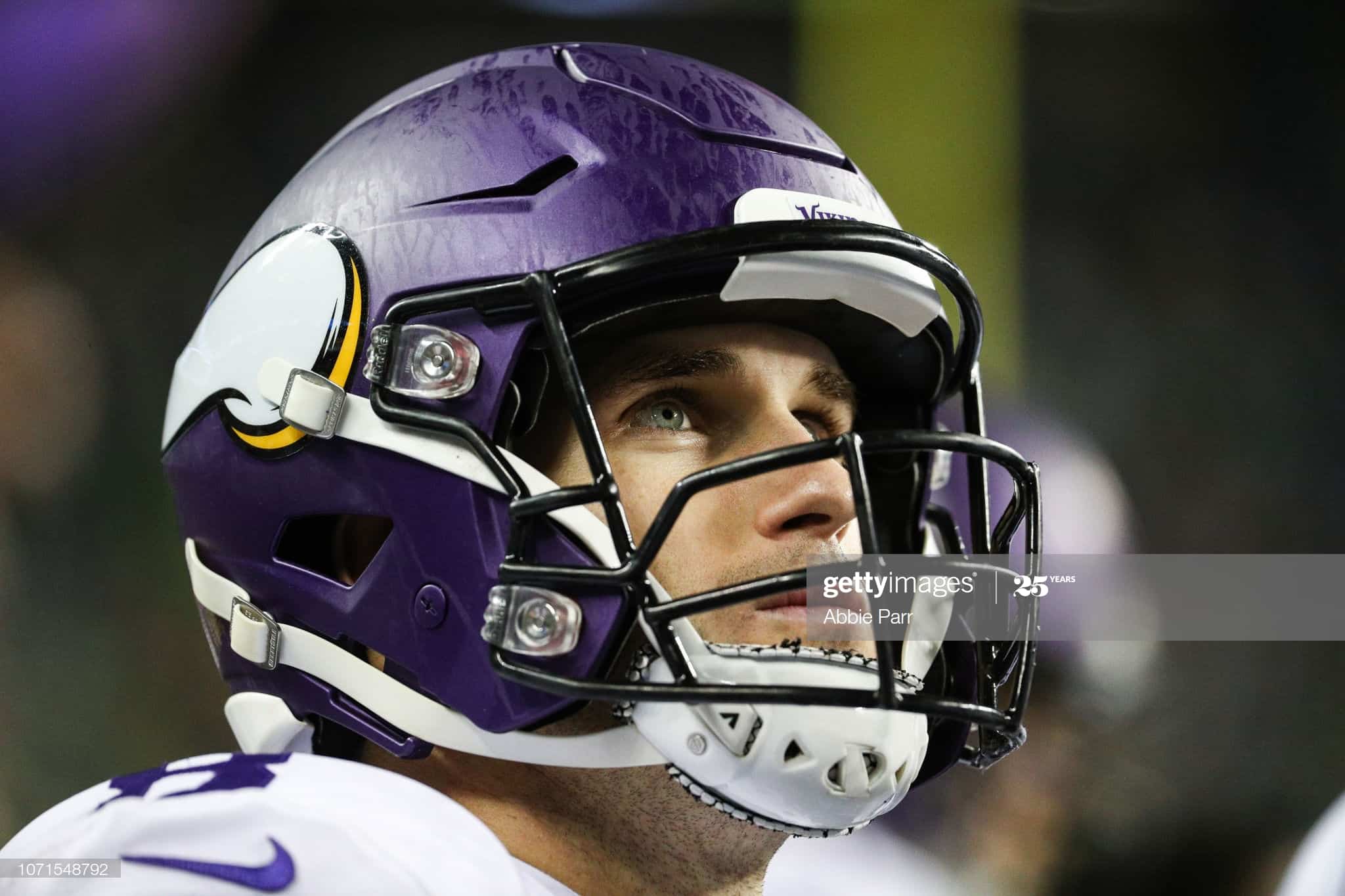 The Washington Redskins selected Michigan State QB Kirk Cousins in the 4th round (102nd overall) of the 2012 NFL Entry draft. That same year, the Redskins selected QB Robert Griffin III with the second overall selection in the draft.

During his four seasons at Michigan State, Cousins appeared in 45 games. He completed 723 of his 1,128 attempts for 9,131 yards and 66 touchdowns. Coming out of college in 2012, the reviews were mixed on the potential of Cousins. The overwhelming consensus, however, was that he would require some years in a support role and may one day develop into a NFL caliber starting quarterback.

That is exactly what happened. Cousins sat behind RGIII and didn’t take hold of the starting job in Washington until his 4th NFL season. In his first three seasons, Cousins appeared in 14 games, starting 9 of them. He totaled 240 completions, 3,030 yards, 18 touchdowns, and 19 interceptions in those 14 appearances. Perhaps even more telling was his record as a starting quarterback in those 9 games–2 wins and 7 losses.

Cousins started for Washington for three straight seasons from 2015-2017. He compiled a win loss record of 24-23-1, and the Redskins lost their only playoff appearance in those three seasons 35-18 to the Green Bay Packers in 2015. In those 3 seasons, Cousins had fantasy finishes of QB8, QB6, and QB7. He totaled 1,132 completions (67%), 13,176 yards, 81 touchdowns and 36 interceptions. After playing on the Franchise Tag in back to back seasons, Cousins hit the market prior to 2018.

Full disclosure: I am a proud card-carrying member of the Vikings Nation, and I was thrilled when Minnesota signed Cousins away from the Denver Broncos prior to the 2018 season. The fact that the organization handed him a 3 year, $84 Million fully-guaranteed contract was of no concern; after all, its not my money. The Vikings needed a quarterback, and they finally got one.

One area that a lot of dynasty managers struggle with, myself included, is separating fantasy football from reality football. The way I looked at it was that Kirk Cousins just had three straight top-12 QB seasons with the Redskins. With all due respect to Washington and their fan base, Cousins was about to step into a much better offense with much better weapons. What I failed to recognize was the Vikings were also a much better football team, and was a team that was going to throw the ball less while winning games versus the Redskins who threw more while losing them.

During Cousins’ three years as a starter in Washington, he averaged 563 pass attempts per season. In two years as the Vikings starter, Cousins has averaged 525 attempts a season. While 38 pass attempts doesn’t seem like a lot, when you average 10.8 yards per completion and throw a TD pass every 5.3% of your attempts, it adds up. Those 38 less pass attempts based on Cousins past two season add up to a loss of 24.47 fantasy points /season. In 2018, Cousins was QB15, and in 2019 he finished as QB22. Give him those 24.47 points back and in 2018 he is QB9, and in 2019 he is QB14. For all intents and purposes, Kirk Cousins is the same QB he has always been.

The biggest knock on Cousins, and rightfully so, is his record when it seems to matter the most. Yes, his prime time record (8-15-1) is terrible, but those games count the same as a 1 PM Sunday start time. His record against good football teams, however, matters a lot. His 0-15 record against teams that finished with a .700 or better win percentage is the worst among all quarterbacks in the Super Bowl era. He is 1-2 in the playoffs with his only win coming this past January in New Orleans.

Once again, this is an area where fantasy and reality collide. Fantasy football doesn’t care if you win on Monday Night Football (Cousins is 0-9 lifetime), and it doesn’t care if you lose to the good teams and beat the bad. Fantasy football is a numbers game, and the number that matters the least is wins and losses. As we enter 2020, the Vikings fan in me is concerned, but the dynasty manager in me is rather optimistic.

Kevin Stefanski and his ultra conservative run first-and-often offense is off to Cleveland. The Vikings new Offensive Coordinator is former NFL Head Coach, Gary Kubiak. In 2019, Kubiak was the Vikings Offensive Advisor, so one shouldn’t expect a massive deviation from the 2018 script. With that said, Kubiak’s offense will throw the ball more than the 466 attempts a year ago that ranked 30th in the league. This is mainly because they will have to if they want to win football games.

The Vikings will not have the quality of defense that they have become accustomed to the past few years. The defense was hit hard in free agency, and as a result will be leaning on unproven talent in 2020. I expect Minnesota to give up more points in 2020, and as a result will need to score more if they want to win and stay competitive in the NFC. Throwing the ball will aid them in this quest.

Cousins will have more opportunities to deliver fantasy points in 2020, and despite the departure of WR Stefon Diggs to Buffalo he has the weapons to produce. Cousins’ days of being a top-12 fantasy QB are likely gone, but his days of being fantasy relevant, however, are not. Kirk Cousins’ 2020 Dynasty Outlook has promise.

2020 was shaping up to be a contract year until Cousins and the Vikings worked out a contract extension this offseason. The contract extension is worth $66 million over two years, and overall his deal is worth $96 million for the next three. He will be 33 entering the 2021 season, which in today’s NFL is relatively young for a stating QB. I believe that Kirk Cousins will remain in the QB 13-16 range for the foreseeable future.

I currently have Cousins ranked at 149th overall in my 1QB dynasty rankings, and he is my QB16. The RotoHeat consensus rankings has Cousins ranked 144th in 1QB and 87th in Super-flex (QB18). I am very comfortable starting Cousins in a Super-flex format, and I can live with him as my second QB in 1QB leagues.

Kirk Cousins, like a majority of quarterbacks, doesn’t hold much trade value in a 1QB format. If you are looking to buy or sell Cousins, you can look for a late second/early third round 2020 rookie pick or a player like Emmanuel Sanders, Breshad Perriman, or perhaps Darrell Henderson. In a Super-flex format, as expected, his value is greater. Selling Cousins in Super-Flex should bring you back a player like D.J. Chark or a late first round/early second round rookie pick.

Thank you for reading the Kirk Cousins 2020 Dynasty Outlook