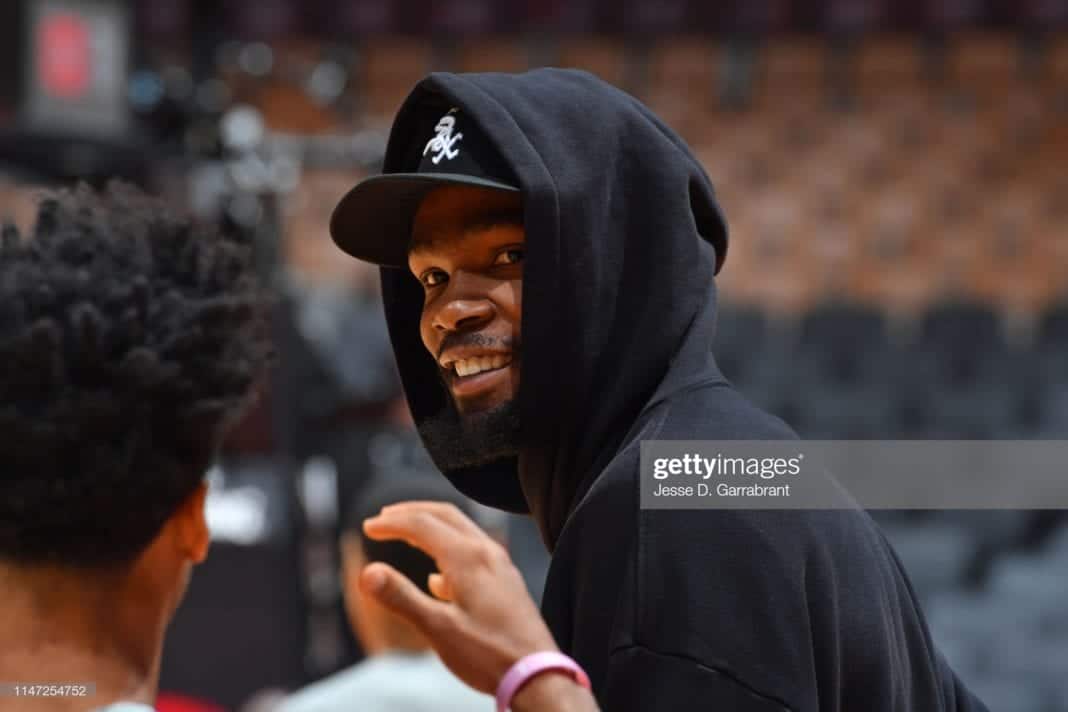 The Golden State Warriors came into the NBA Championship Series as huge favorites. Many thought they would sweep the Toronto Raptors, but the script has been flipped with the reigning champs missing Kevin Durant.

After falling to a 1-2 series deficit, there was hope that they would get Klay Thompson and Kevin Durant back for game 4, but they will only get 1/2 (at most) of the duo back. For the Warriors, they will have to hope that it will be enough to even the series. Falling to 1-3 in the series would make it very difficult to come back, with 2 more games in Toronto.

Even worse for the Warriors is the internal talk that they have to start preparing as if Durant will not return at all. Shaun Livingston said, “No question. I mean it’s a month, so of course, everybody in the world, on our side, is going to welcome him back when he’s ready. But only when he’s ready. So until then, we got to go out there like he’s not playing.”

What do you think? Can the Warriors still win this series if Durant doesn’t return at all?

Amari Cooper Can Be An Elite Wide Receiver, Even If He...