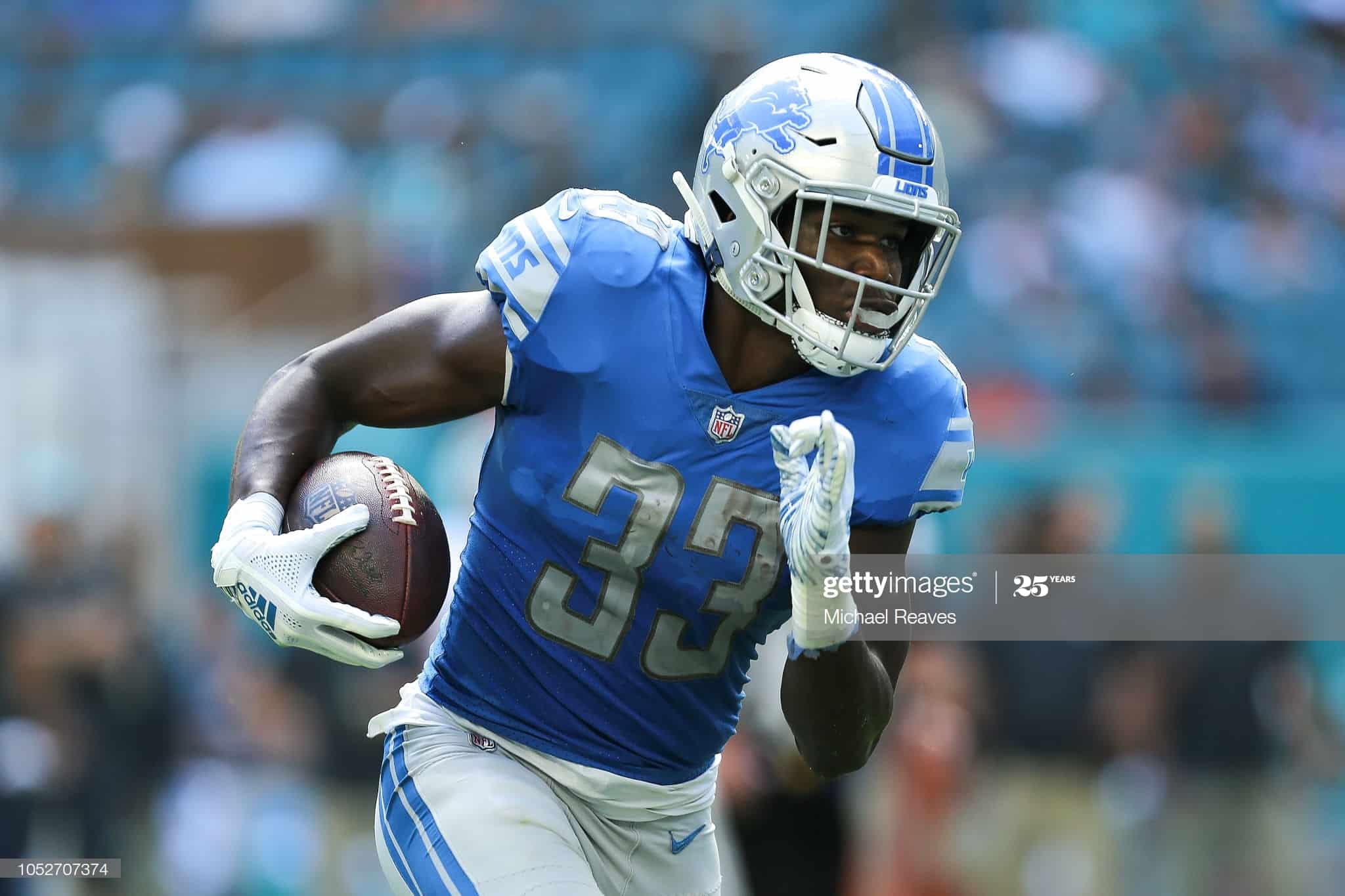 In Dynasty, there are certain players that tend to hold more uncertainty, or are more divisive than others. The Dynasty Outlook series takes a deeper dive into those players that the RotoHeat community noted as the guys they are most interested in hearing about. Engage with 1,300+ passionate dynasty players and let the RotoHeat content team know what topics YOU want to hear about by visiting our RotoHeat Facebook page.

My concern is that a big part of Johnson’s game is his great burst, and continued knee problems could really hurt him in that area. Detroit brought Johnson in with the hopes he could be their three-down back, and I think his abilities profile as that, but so far in two NFL seasons he just can’t stay healthy, and that’s a big problem for your fantasy team. It’s causing you to need to make sure you have the handcuff, which has been hard because Detroit signs guys off the street and gives them significant touches, then the next week it’s a completely different running back.

Johnson comes into 2020 as the lead back in Detroit pre-draft. The question comes in when considering if Detroit will add someone to the backfield with Johnson and running back hold-overs Ty Johnson & Bo Scarborough. As of March 11th, the Lions have 9 draft picks in the upcoming draft (per Lionswire), and with the talent in this class I can make the case that they could use a pick as early as one of their two 3rd round selections to address the need. If they come out of the draft with no one earlier than round 5, expect Kerryon to be the lead back for at least another season, which would tell you whether or not the Lions still believe in him in year 3.

If he comes in and is healthier then the last two pro seasons, he’s got a chance for RB2 fantasy production between rushes and receptions. I’d peg him at 800 yards rushing, 300 yards receiving and 6-8 touchdowns–and that’s if he gives you close to 16 games. I think Detroit needs to help lighten the load, and keep him to around 10-15 touches a game. He has the play making ability to make the most of those opportunities for both the Lions and your fantasy team. If you own Kerryon Johnson currently, I’d recommend holding him and seeing what 2020 does for you. If you don’t own Kerryon Johnson, I’d really only feel comfortable paying a late 1st/early 2nd to acquire him at this point.

Keep up with Johnson’s ADP & Rankings here at RotoHeat.com and let me know what you think about Kerryon Johnson over on Twitter!