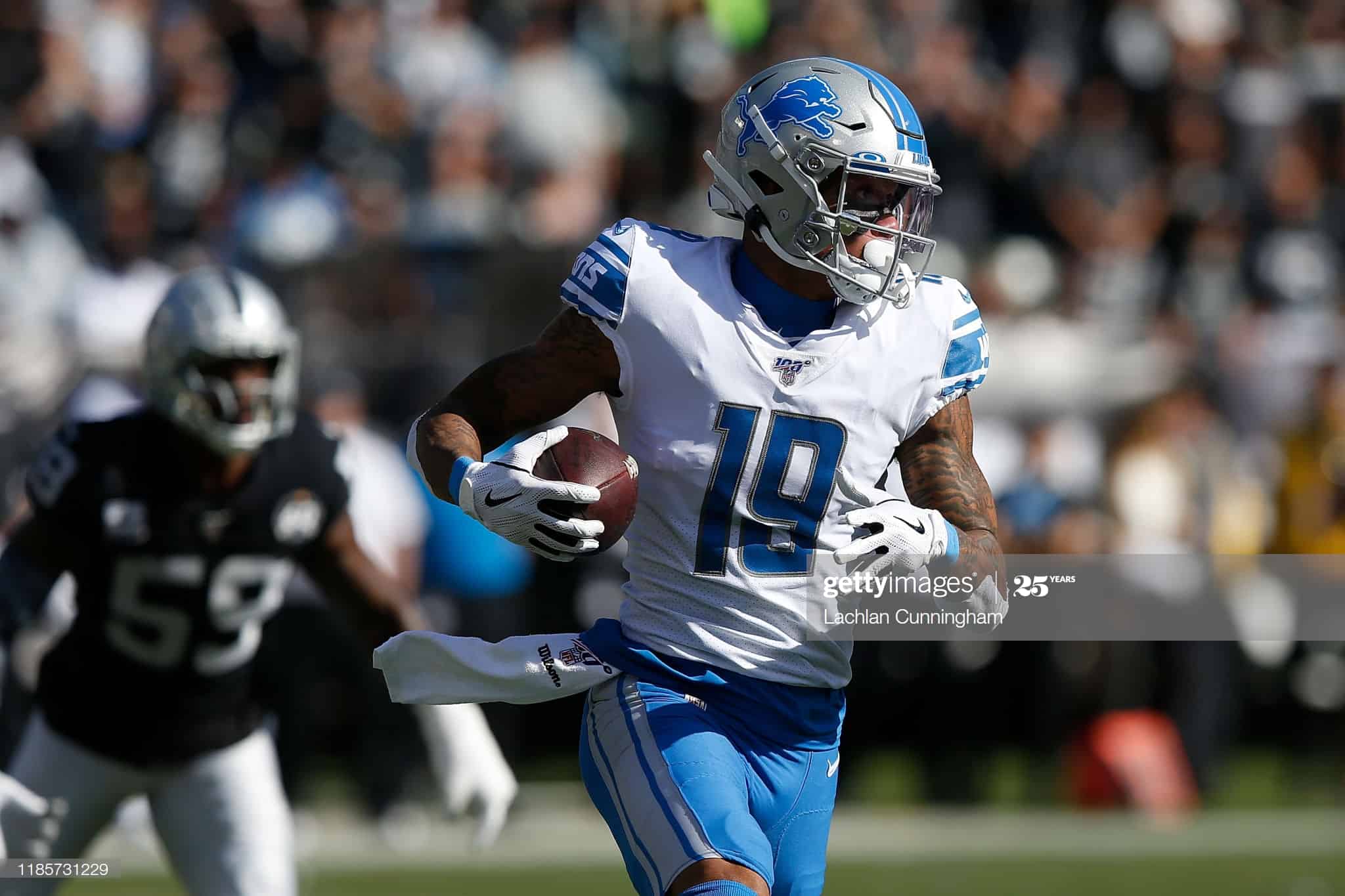 The Detroit Lions selected Kenny Golladay in the third round (96th overall) of the 2017 NFL Draft.

In his rookie season with the Lions, Golladay finished with 28 catches for 477 yards and 3 touchdowns. In his first professional debut, he caught 4 of 7 targets for 69 yards and scored two touchdowns. The next two weeks combined he had 3 catches for 33 yards. Golladay missed five games (Weeks 3-9) after suffering a strained hamstring. He finished his rookie season as WR69 with 94.6 PPR points in 11 games.

In his second season (2018), Golladay led the Lions with 119 targets, 70 receptions, and 1,063 yards. Prior to Week 8, WR Golden Tate was traded to the Philadelphia Eagles. At the time, KG was WR26 averaging 15.6 PPR points per game. From Weeks 8-17, Golladay was WR24 averaging 12.6 points a game. By the end of his sophomore season, Golladay had established himself as the Lions top WR. His WR21 season put him in line for a 3rd year breakout season.

In 2019, Golladay did indeed have the 3rd year breakout season. He finished as the WR9 in PPR scoring with 248 points in 16 games. The impressive part of his breakout season is he completed half of the season without his starting quarterback, Matthew Stafford. Golladay finished the last half of the season as WR11, averaging 14.7 points per game with the combination of David Blough and Jeff Driskel as his quarterback. Golladay set personal bests in yards with 1,190 and touchdowns with 11.

Heading onto 2020 with a healthy Matthew Stafford and a team that is almost certainly going to struggle, Golladay is in great position to cement his place in the top 12. I anticipate that Golladay tops his career best 70 catches and tops 1,200 yards.

Kenny Golladay will be 28 entering the 2021 season and will either be playing on a new contract or the franchise tag. Detroit likely has a new management team in 2021, and the team may finally start to turn the corner.

There is some uncertainty surrounding the future of Matthew Stafford in Detroit entering 2021, however I expect Golladay to remain a top pass catcher in 2021 and beyond regardless of the quarterback in Detroit. Golladay’s play in the back half of 2019 without Stafford showed he’s a quarterback proof WR.

Thank you for reading the Kenny Golladay 2020 Dynasty Outlook